Importance of Jewish activism against antisemitism in diaspora - opinion

Now more than ever, it is crucial that Jews in the diaspora stand up and support Israel, because supporting it is supporting our own Jewish communities. 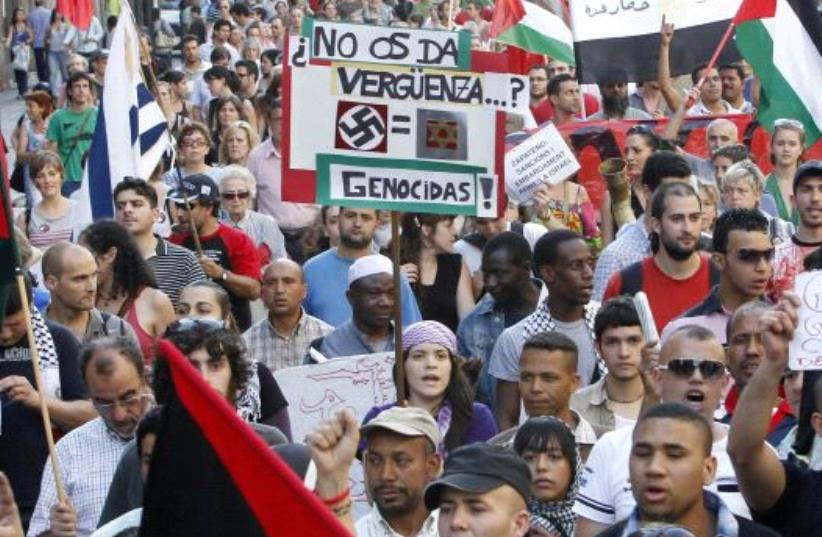 I am a Jewish citizen of Spain: A proud Zionist Jew.

I believe it is the moral obligation of the Jews living in the diaspora to actively support the Jewish State from our respective countries, dedicating time, effort, resources, and energy for this goal and to even pass that responsibility on to our children.

Spain has a rich and complicated history with the Jewish people. It also has one of the most undeveloped relationships with the State of Israel, as it established diplomatic ties only in 1986, even after Egypt. Out of the EU countries, it has one of the relatively smaller and more recently re-established Jewish communities.

The Spanish Jewish communities are enthusiastic supporters of Israel; however, they are probably not as visible as other communities in Europe. Our younger generation insists on normalizing Jewish life in Spain and being more publicly vocal in the defense of the only Jewish State.

For that to be effective, there needs to be an understanding of the diverse roles and responsibilities different institutions and organizations must play. The Israeli diplomats represent the State of Israel, but their scope of activities is limited as officials of a foreign country. The directors of the Jewish communities enjoy the representative legitimacy in front of the local authorities but must remain “institutional” and the many interests of the communities tie their hands on political activism and the ability to express views.

A Spanish flag flutters in the air as the capital of Spain is seen from the observatory deck of Madrid's city hall August 7, 2013. (credit: REUTERS/SERGIO PEREZ)

In Spain, hatred against Israel has been gaining a lot of traction in recent years. Seven years ago, a new threat emerged when a far-left group, Podemos, financed by Iran, reached representation and the control of municipal and regional governments in the country. The leaders of that party were well-known BDS activists. They immediately moved to funnel millions of public funds to groups and activities hostile to Israel, and to officially declare large areas of the country “Free of Israeli Apartheid”. Meaning, hostile to Israelis and excludes local Jews who are unwilling to denounce Israel.

One way of dealing with this hateful attempt to exclude Jews/pro-Israel activists from social and economic life has been through seeking the protection of the rule of law and the courts of justice of our democracy, with cases against the antisemitic boycott from the local governments. That was what we at ACOM, a non-partisan independent organization, have done and continue doing. So far, we have won 80 cases against antisemitic boycotts from local governments and lost none. This is a great example of the importance of diaspora Jews standing up for what is right, something that couldn't have been done by institutional community leadership or Israeli diplomatic officials.

It is crucial now more than ever that Spanish Jews act against the vilification and attacks suffered by Israel, its companies, and its citizens in our country. With these Jew-hating parties forming part of the national government with five ministers in the current cabinet and attempts to boycott Israeli and local Jews alike, by defying them, and not appeasing them, we are protecting the well-being of Spain. These acts demonstrate that these anti-Zionists are just antisemite pretenders.

Despite Israel’s great diplomatic efforts, the numbers are against it, with so many anti-Zionists around the world, and with that effecting the rise of antisemitism. Jews in the diaspora can be the game changers in this fight. It is important for us as Jews to understand that if we support the delegitimization of Israel, we are supporting the delegitimization of our own identities. Now more than ever, it is crucial that Jews in the diaspora stand up and support Israel, because supporting it is supporting our own Jewish communities.

Angel Mas is the President of ACOM, the main group in Spain in the fight against antisemitism and in favour of the relationships between Spain and Israel, on the basis of shared values and common interests.

This op-ed is published in partnership with a coalition of organizations that fight antisemitism across the world. Read the previous article by Angelina Kazmaier