Rena Quint answered questions 77 years after being found among the dying and liberated in Bergen-Belsen.

Rena Quint is speaking in person to three groups and then by Zoom to people in the Philippines, Taiwan, Vietnam, India and Hong Kong. One more group, Jerusalem adults, want her to come to a meeting at night, but she’s too tired, so she hosts them in her large picture-covered living room.

That’s more than enough for the average person, but Rena was born December 18, 1935. Not that her passport says that, or gets her birthplace right. It states she was born in Germany, when she was born in Piotrkow, Poland, where the first Nazi ghetto was established.

When she travels, she still uses the birth date of a girl named Fanny, three months her junior. When Fanny died suddenly, Fanny’s mother, Anna, offered the orphaned Rena – then called Fredja – to become her daughter and travel with her to the United States. When they got to New York, Anna died and Rena was left alone again.

That’s just part of her fascinating and inspiring personal story. When you meet Rena, an elegant, ebullient 86-year-old, with college-educated American English, it’s hard to internalize the loss and struggle that she has gone though. She’s able to reach audiences from schoolkids to international diplomats, Jews and non-Jews from every ethnic background. She’s spoken to yeshiva students, Hadassah chapters and even once to convicts in an African prison.

So when she finished the last intensive round of talks on the week of Holocaust Remembrance Day, I asked her which questions keep popping up, and by whom, in 2022, 77 years after Rena was found among the dying and liberated in Bergen-Belsen. 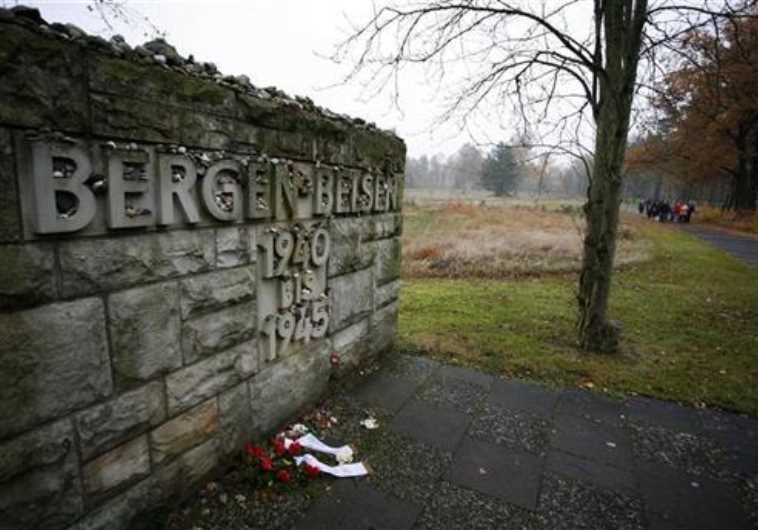 When not specified, everyone asks the questions.

After everything that happened to you, why do you believe in God?

I don’t understand why I survived when I lost my parents and brothers, but I believe God wanted it, that He is my best friend.

Did anyone help you? (When her great-granddaughters need a Band-Aid, they wonder who helped Rena when she fell down.)

Yes! A child alone couldn’t have survived. Every time I lost a mother, another good woman took me under her wing.

Did you ever meet a German who helped you?

No. I saw the scene in the movie The Pianist when a German gives a Jew his coat, but nothing like that happened to me. Now I meet many German young people who come to Israel and are eager to meet a Holocaust survivor and apologize for what their grandparents did.

Recently a group of German young people told me they went twice to Yad Vashem – once to look at the victims and once to look at the faces of the perpetrators, who seem to be enjoying what they’re doing. They want to know how they can get their families to tell them about the past.

I didn’t have boots. I may have had clogs, or just rags on my feet. I don’t remember. When I had pains in my toes in the US, an orthopedist asked me if I was a skier, because it looked like I’d had frostbite. No earmuffs.

How did you feel about being adopted? (Teens)

I was ashamed. In America, it seemed to me as if the children who were adopted came from dysfunctional mothers who were sick or drunk. I didn’t want anyone to know. I was also ashamed of being “an only child.” All my classmates had siblings. I didn’t want to tell them about my two brothers who were murdered.

Did you call any of your adoptive mothers mommy? “Ima?”

No. I never got over the loss of my mother, and even though I loved the women who helped me, I couldn’t call them mom.

When you pretended to be a boy while you were working as a child forced-laborer in the glass factory, how did you go to the bathroom or take a shower? (Kids)

I was still with my father and uncle, and they hid me and made sure that no one ever saw me.

How could you stand being covered with lice?

Kids today have head lice, but we had lice that covered our bodies. When you understand, even as a child, that this is about survival, you can stand anything. You kill as many as you can, but they multiply faster.

What was the secret of your survival? (Adults)

I owe my survival to God and to the women who mothered me. Women had a better chance of survival than men. If a man was pretending to be a Christian, the Nazis could pull down his pants. Women didn’t speak Polish or German with the Yiddish accent that men picked up in yeshiva. Women bond together and help each other more.

Why do you still want to be Jewish? (Teens and adults)

I love my life as a Jew, with a two-day holiday, Friday night and Shabbat day, every single week.

How do you answer Holocaust deniers? (Mostly Zoom callers in Europe and the Far East)

I don’t. They have their minds made up, and even seeing the photos and artifacts in Yad Vashem doesn’t move them.

Why do you live in Israel after finally settling in the US?

I feel at home here among so many Jews, although I worry about my children, grandchildren and great-grandchildren serving in the army or having their cars stoned. I believe in Israel as our Jewish homeland. If the state had been established even 10 years earlier than 1948, millions of lives would have been saved, and the whole world would have been different with the talents and energies of the six million.

Is it hard to talk about all the sadness in your life?

Yes it is, but because I know how important speaking of the Holocaust is, I have overcome my reluctance and am willing to tell my story as many times as possible.

What puzzles you most about the Holocaust?

Most of the participants of the Wannsee Conference, who met in a suburb of Berlin to come up with a “Final Solution” for us Jews, were highly educated men, even with PhDs. How could they all take part in mass murder?

What surprises you when you meet groups?

Last week I met a group of religious young women who asked me to bless them. That was a first. I blessed them with the hope that they would make a marriage like mine. My late husband, Rabbi Emanuel Quint, thanked God every day for saving me and thanked me every day for marrying him – in writing! Thousands of love notes.

Do you ever dream of your mother?

I have a photo of my father, but not of my mother. So I don’t dream of her per se.

I believe she’s looking down from heaven, enjoying the sight of me living in Israel, and watching my children, 22 grandchildren and 40 great-grandchildren with her DNA growing up here. 

The writer coauthored Rena Quint’s memoir, A Daughter of Many Mothers: Her horrific childhood and wonderful life, and continues to be inspired by her.