Can Israel and Indonesia normalize diplomatic relations? It would be an Asian game-changer.

When the presumptive next prime minister Benjamin Netanyahu reiterated his goal of expanding the Abraham Accords to include additional countries, speculation arose as to which Arab or Muslim state would be the next to normalize ties with Israel. Though unlikely to materialize soon, one particularly attractive candidate is located over 8,000 km. away in southeast Asia – Indonesia.

The 2020 Abraham Accords breakthroughs involved the United Arab Emirates and Bahrain in Asia, and Morocco and Sudan in Africa. Potential new partners for normalization exist on both continents.

It is widely appreciated that upgrading Israel’s relations with Saudi Arabia would be an inflection point, the kingdom’s special position in the Islamic world almost guaranteeing that other Muslim countries would follow suit. However, given the current impasse in Saudi-US relations, most presume that the time is not yet right for Riyadh.

Nearby in the Gulf, Oman is sometimes mentioned as a possible partner for normalization. But the new sultan, Haitham bin Tarik, who came to power in 2020, may need more time to cement his authority.

Beyond the Arab world, the six Asian Muslim-majority republics of the former Soviet Union – Azerbaijan, Kazakhstan, Kyrgyzstan, Tajikistan, Turkmenistan and Uzbekistan – all have full diplomatic relations with Israel. 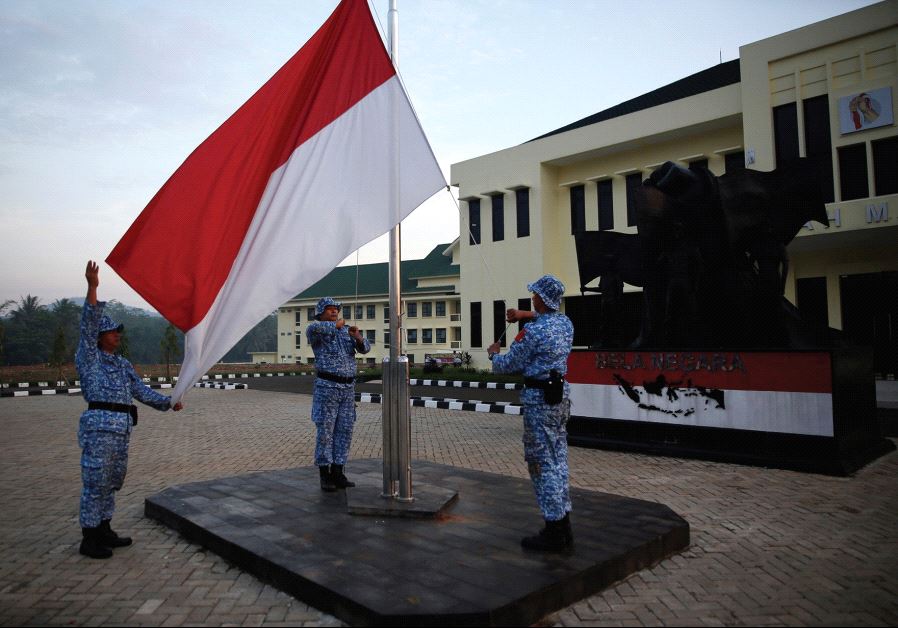 Of the other non-Arab Muslim Asian states, the militant Islamic Republic of Iran, and Taliban-controlled Afghanistan, can be excluded from the list of potential partners.

Of them, Indonesia – the world’s most populous Muslim country, with a total population of more than 275 million – would be the Asian game changer.

Indonesia-Israel ties would be a game changer

Indonesia is currently the globe’s 15th largest economy. It has a GDP of $1.23 trillion and an annual growth rate of 5.7%. Experts predict that by the end of 2024, Indonesia could be the world’s fifth biggest economy.

Once Indonesia did not organize conferences for the rich and powerful, but for the oppressed and exploited. In 1955, Indonesia, freed from Dutch colonial rule just half a decade earlier, orchestrated a groundbreaking summit at Bandung for 28 national leaders from newly independent former colonies.

Hosted by Indonesia’s founding president, Sukarno, the Bandung conference was the precursor of the Non-Aligned Movement, its participants proclaiming their collective opposition to “colonialism in all of its manifestations.”

Israel was also one of the newly independent republics born in a struggle against a colonial empire, but Nasser’s presence at Bandung dictated its non-invitation.

Over the following years, Sukarno continued to advocate an anti-Israel position, and emblematically, the Jewish state was expelled from the 1962 Asian Games held in Jakarta.

By 1967, Indonesia had its second president, Suharto, a general who ruled as a military dictator. Apparently, during his extended period in power, Israel and Indonesia initiated covert defense, security and intelligence contacts, but whatever may have occurred remained in the shadows.

A rare light was shone on Israel-Indonesian ties in 1993. Then, in the aftermath of the Oslo Accords, Yitzhak Rabin became the first – and so far, the only – Israeli prime minister to visit Jakarta for discussions with an Indonesian president. However, not to be seen as breaking with Islamic solidarity, the Indonesians stressed that the talks were not bilateral, rather, that Suharto met Rabin as chair of the Non-Aligned Movement, and that the conversation took place in Suharto’s private residence.

Twelve years later, Israeli foreign minister Silvan Shalom met discreetly at the UN with his Indonesian counterpart Hassan Wirajuda. When news of the discussions leaked, Jakarta played down their importance. President Susilo Bambang Yudhoyono, Indonesia’s sixth head of state, publicly ruled out establishing diplomatic ties, adding “any communication between Indonesian and Israeli officials will be oriented to the objective of assisting the Palestinian people in gaining their independence.”

Since the Shalom-Wirajuda meeting in 2005, there have been no press reports of similar high-level discussions.

THE 2020 Abraham Accords with the UAE raised hopes for positive change in Indonesia’s approach. The UAE’s crown prince Mohammed bin Zayed is reputed to have a special relationship with Indonesia’s seventh and current president, Joko Widodo – a road in Abu Dhabi was even named after the latter. But despite their bond, Indonesia has so far decided not to follow the UAE’s lead.

When asked, Indonesians insist that the requisite precondition for improved relations remains significant progress on the Palestinian track. Others tell interlocutors that if Saudi Arabia normalizes ties with Israel, Jakarta will have the pretext to do so too.

Observers find it odd that Indonesia’s Islamic solidarity and commitment to the Palestinian cause rise above and beyond that shown by countries across the Arab world.

More perplexing, Jakarta refuses to liberalize its policy on issuing visas to Israeli businesspeople and tourists – it being easier for Israeli passport holders to visit a series of Arab countries than it is for them to visit Indonesia.

Perhaps Jakarta’s cold shoulder stems not from Islamic solidarity or from professed international principles, but from domestic considerations.

The Indonesian president must carefully weigh the advantages to be gained by normalizing ties with Israel – he need only ask his neighbors as to the benefits to be incurred – against the expected internal blowback from local Islamists who espouse a Muslim Brotherhood-type hostility toward Israel (and Jews).

Although organized political Islam is a minor phenomenon in Indonesia, it nonetheless maintains significant ideological clout, as seen, earlier this month, when the parliament in Jakarta adopted a new criminal code that included laws on blasphemy and apostasy, as well as outlawing extramarital sexual relations.

Moreover, enmity for Israel can bring Indonesians into the streets. In May 2018, the opening of the US embassy in Jerusalem triggered massive demonstrations, with tens of thousands of protesters expressing their outrage.

While unable to seriously threaten the reins of power, the Islamists constitute a force the Indonesian leadership cannot ignore. In Jakarta, barring an unexpected development, the American adage “all politics is local” will continue to apply.

The writer, formerly an adviser to the prime minister, is chair of the Abba Eban Institute for Diplomacy at Reichman University. Connect with him on LinkedIn, @Ambassador Mark Regev.