In an exclusive letter to the Jerusalem Post, the leaders of Princeton Hillel speak out. 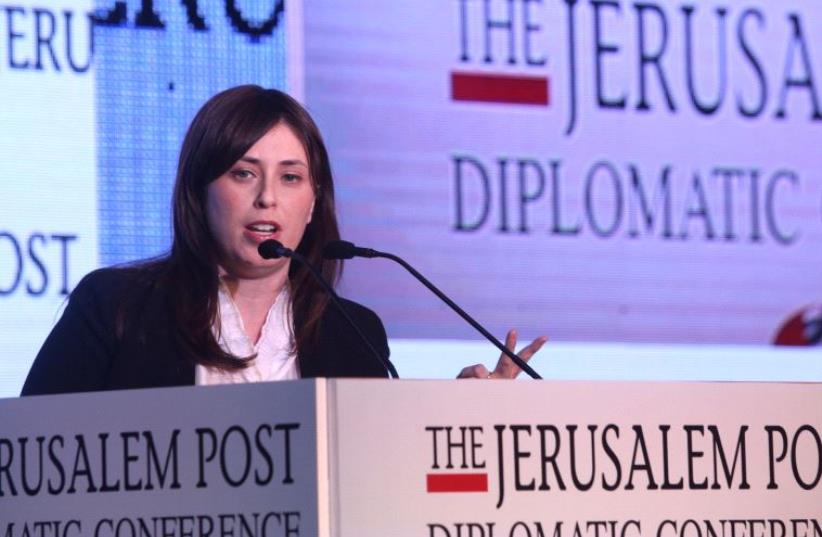 Tzipi Hotovely
(photo credit: MARC ISRAEL SELLEM)
Advertisement
On more than 550 campuses across North America and in more than 17 countries across the globe, Hillel is proud to host thousands of events each year that expose Jewish and non-Jewish students alike to Israel’s history, culture, technology and geopolitical environment.Hillel is a leader in the pro-Israel movement and is especially proud that its Israel-related programming is organized and led by hundreds of pro-Israel student groups that are part of their campus Hillel’s student leadership.With so much pro-Israel programming happening at so many campuses every day, we occasionally make a mistake in how we do our work. We made such a mistake this week, and the Hillel community and the wider Jewish world is owed an explanation for what occurred.A member of the Knesset, Tzipi Hotovely, was scheduled to speak at the Center for Jewish Life at Princeton, known as Princeton Hillel.Unfortunately, we did not treat the Israeli deputy foreign minister with the respect that her office deserves, and postponed the event.We did this because it had not been reviewed by the Center for Jewish Life’s Israel Advisory Committee, which is designed to review and facilitate a broad range of Israel programming throughout the year.To be clear: This was not a good enough reason to postpone the event, and for that mistake, we apologize.This mistake was not caused by an effort to silence MK Hotovely. Indeed, Ms. Hotovely spoke at Columbia/Barnard Hillel last week and will be the guest of the Hillel at New York University tonight.This is consistent with our policy of engaging with Israel’s vibrant democracy, hearing from diverse voices from across the Israeli political spectrum and exposing students to different political perspectives.At Princeton, we should have engaged a broader range of students in this program from the beginning, rather than right before the event and we should have made a stronger case within our campus community that the event should go forward as planned.This is an isolated incident – and Hillel International stands squarely behind the value of hearing from the Jewish state’s elected leaders.It is part of Hillel’s larger commitment to supporting Israel engagement on campus. Hillels, including at Princeton, are on the front lines of combating anti-Israel and antisemitic rhetoric on campus and leading campaigns against BDS and other anti-Israel measures.We have more than 75 Jewish Agency for Israel Fellows on campus, connecting students to real Israelis and creating programs that explore Israel’s diversity, respect for human rights and democracy.We are proud that we recruit thousands of students to explore Israel for themselves each year through Birthright Israel and other immersive experiences and we are proud that we are growing programs like the David Project that expand love and respect for Israel beyond the Jewish community and into other diverse campus groups.We are also proud to work for a movement that when, amid the pressures and realities of today’s campus life, we make a mistake, we acknowledge it, learn from it and strive to do better next time. That is another value we are proud to be modeling for our students.

Eric D. Fingerhut is president and CEO of Hillel International. Rabbi Julie Roth is executive director of the Center for Jewish Life at Princeton.