Israel should not work with Sudan

Our government has eyes but does not see. 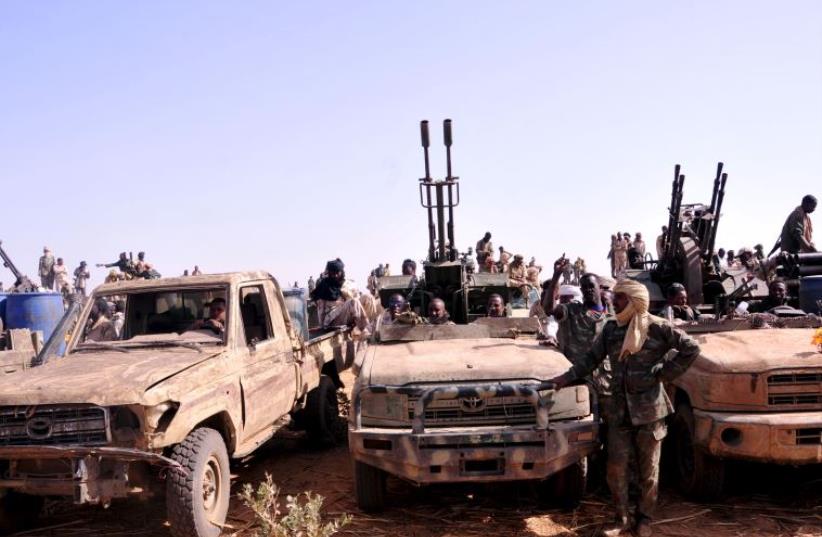 Members of the Sudanese Armed Forces
(photo credit: REUTERS)
Advertisement
Can it be true that our government is actually soliciting the United States and Europe to save a genocidal ruler and Sudan’s radical Islamist regime? Why so soon after launching an impressive and promising diplomatic offensive in Africa seemingly based on Israel’s national interests, traditional Jewish values, and Zionist ideals? After taking power in a military coup in 1989, Omar Bashir launched a bloody civil war against the non-Muslim populations of what is now South Sudan, pursued a relentless genocidal war against the non-African Muslim populations of Darfur and crushed peaceful protests by Sudanese citizens seeking political reform and fair elections. The International Court of Justice (ICC) accused Bashir of crimes against humanity and war crimes in Darfur and issued a warrant for his arrest in 2009.Until 2015, Sudan was a close ally of Iran which supplied financial aid, military training, arms and planes used to barrel-bomb defenseless villages in the Darfur, Korafan and Blue Nile regions.Bashir shares Iran’s hatred of Israel and the West and saw his regime as a major player in promoting radical Islamist movements in Africa and the Middle East.The loss of oil revenues following South Sudan’s independence in 2011 and the vast amount of budgetary resources allocated to maintain Bashir’s security and intelligence apparatus and campaigns against Sudan’s non-Arab populations strained Sudan’s public finances. American economic sanctions further aggravated Sudan’s dire economic situation.The combination of economic woes and political pressure exerted by Saudi Arabia and Egypt prompted the Bashir regime to break with Iran. Sudan then joined the Sunni world’s alliance led by Saudi Arabia against Iran and its allies in the Middle East in exchange for massive financial support and sending Sudanese troops to Yemen. In February 2016, Saudi Arabia reportedly provided $5 billion to shore up the Bashir regime.As a response to the growing refugee crisis and anti-immigrant political backlash in Europe, the EU has sharply increased its financial aid to stop the flow of “irregular migration” from and through Sudan to Europe. This policy is based on the rationalization that improving economic conditions will give incentives for Sudanese migrants to stay in the country. In reality, the main source of the “irregular migration” from Sudan are people fleeing conflict and persecution. Increasing financial aid won’t insure the political reforms and just negotiated peace needed to stop the flood of non-Arab African Sudanese seeking protection in Europe.Unfortunately, the EU has not demanded that Sudan stop its genocidal campaign as a condition for receiving more financial aid. It is doubtful that the EU actually believes that financial assistance to the Bashir regime will be used to improve the lives of the non-Arab African populations of the Darfur, Blue Nile and Korafan regions.The US still imposes economic sanctions on Sudan. However, it has eased up on pressuring Sudan to liberalize the regime and stop the slaughter in Darfur in exchange for Sudan’s providing intelligence about Islamic State and other radical jihadist terrorists movements targeting US interests.Europe has reduced its commitment to accept African refugees. The US has reduced its commitment to sanctioning African countries that violate human rights, in the name of fighting terrorism. Political and national interests trump universal morality and solidarity with oppressed peoples.Efforts to shore up the Bashir regime will enable the Sudanese government to devote more resources to intensifying its ethnic cleansing campaigns in the Darfur, Blue Nile and Korafan regions. The Bashir regime continues to systematically bomb and burn villages, employ mass rape as a weapon and commit massacres.The UN Office of Humanitarian Affairs reports that between mid-January and mid-July 2016, 159,000 to 194,000 persons were displaced in Jebel Marra region in central Darfur because of fighting in the region.The Bashir regime has been pressuring the UN to close down its Internal Displaced Persons (IDP) camps, now under UN protection, on the grounds that it is safe for IDP populations to return home. Once the camps are closed, the IDS returnees will no longer be protected. The government will then be able to continue its ethnic cleansing campaigns without outside observers to witness the slaughter.It is bad enough that Israeli government officials continue to label African asylum seekers “illegal infiltrators” or “economic migrants.” The government refuses to recognize all but a handful of asylum seekers from Sudan as refugees, and does not process thousands of individual applications for refugee status in a fair and timely manner.But how can a government claiming to espouse traditional Jewish values and Zionist ideals, affirming Israel’s identity as a Jewish state, ask other nations to shore up a fascist Islamic regime with so much blood on its hands? Our government has ears but does not hear. It does not hear the cries of anguish of Darfurians who has seen their parents killed, sisters raped and villages burnt. It does not hear the cries of former university students imprisoned and tortured for speaking out against the Bashir regime.Our government has eyes but does not see. It does not see IDF soldiers who offered food and water and treated asylum seekers kindly when they arrived in Israel. It does not see the Israeli citizens and young volunteers who have provided food, clothing, housing and friendship to Sudanese asylum seekers and who don’t understand why the government is so opposed to accepting people who are clearly refugees.It does not see that rewarding tyrants like Bashir at the expense of the victims of his regime is not the best way to utilize its resources to make friends in Africa and improve Israel’s image in Africa.The author is a Jerusalem-based scholar and international consultant specializing in democracy and development issues.