Pamela Anderson and I launched a ‘sensual revolution’

We don’t realize when we see the photos and videos of women being sexually exploited that this acclimates men toward viewing women as the means to their sexual ends. 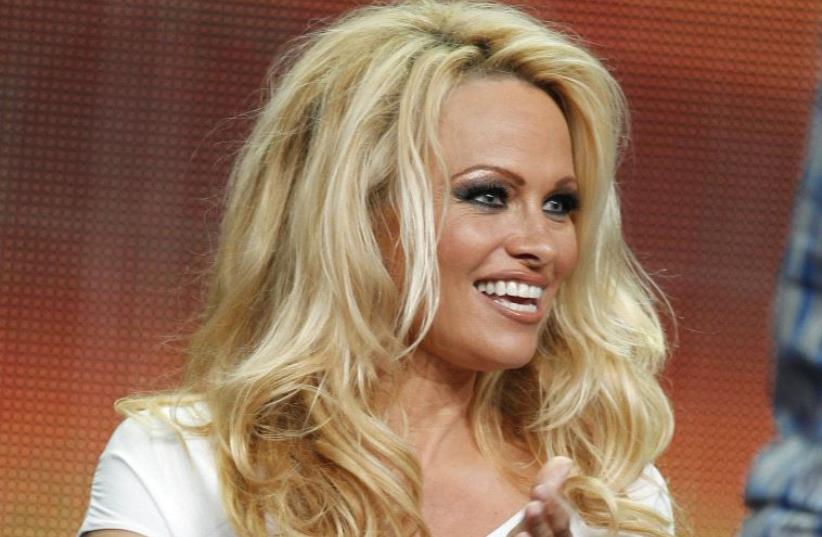 Pamela Anderson
(photo credit: REUTERS)
Advertisement
Pamela Anderson and I headed to Oxford last week with a mission. We wanted to spread our message that it’s time for a “sensual revolution” to replace the failed sexual revolution. We appeared on ITV’s This Morning, Channel 4 News, were interviewed by The Guardian and The Times.Our message is that there is a better way forward for relationships than the pornography-addled world we’ve created. Men have to learn to respect women and see in them equal romantic partners. Love must be fostered amid an environment of romantic devotion and erotic focus.We need stricter Internet controls on pornography accessible to and directed at children, which turns them into porn addicts. The conditioning process is not as severe as the one used in a the film A Clockwork Orange, but is no less damaging. These are images that children cannot assimilate and which are deeply damaging.Pamela and I are asking men and women to take a pledge to be more sensual and not just sexual. We are not prudes interested in censorship. We are seeking to start a sensual revolution that replaces the exploitation and victimization of women with intimate and loving relationships.Pamela was complimentary and I’m grateful. “I love Rabbi Shmuley and everything he stands for. I’ve learned a lot from him. He’s very outspoken and he’s in a position to do that and make powerful change. I respect him immensely,” she said.I joined forces with my good friend Kathryn Milofsky, a successful producer who made it possible for us to conquer the UK and spread the call for a Sensual Revolution.I’m proud to partner with Kathryn, who has worked as a producer for CBS’s The Early Show and covered most of the major news events of the past three decades, producing television interviews, for example, with Michael Jackson, Mohammad Ali, Prince and David Bowie, as well as covering the tragic death of Princess Diana. Kathryn has also been a producer of my annual Champions of Jewish Values International Awards Gala in New York City, where she has assisted us in hosting Sir Ben Kingsley, Reza Pahlavi, the crown prince of Iran, former House Speaker Newt Gingrich and Pamela to help our network spread the values of home, health and faith.I often team up with Kathryn to highlight messages of healing and harmony. Kathryn made it possible for me to speak with and interview the parents of Trayvon Martin.Her career in journalism and television production led her to become a CBS News producer of The Early Show where she reunited Shoshana Johnson, who had been captured in the early days of the Iraq War, with her Marine Corp rescuers. She covered the recent brutal shootings in Orlando, Florida for ITV and interviewed both Donald Trump and Hillary Clinton.Kathryn’s work has brought her to the scene of major international news events for three decades. She produced specials on the Sandy Hook shootings and the Boston Marathon bombings. I have also appeared with Kathryn on her radio program which she produces with Brian Oxman for the Talk Radio Network, and she produced a special series on ITV, The Haves and Have Nots, about the divide between the rich and poor in New York City that won a prestigious White House Photographers Association Reportage Award.Kathryn exemplifies the universal values we are promulgating and, as a Jewish producer, is uniquely qualified to use the medium of television to transmit them to others. During these Jewish holidays known as the Days of Awe, we need more people in the media like Kathryn who can elevate the conversation and use media to spread values.Thanks to her own platform in the media, Pamela is an important partner to take on the culture of exploitation in which pornography flourishes. We don’t realize when we see the photos and videos of women being sexually exploited that this acclimates men toward viewing women as the means to their sexual ends.Furthermore, through the repetition of images in video games, social media, advertising, television and movies, children are taught from younger and younger ages to disrespect women, inflict violence on their peers and adopt Madison Avenue definitions of beauty (wafer-thin bodies with faces “enhanced” by Botox and collagen).Pamela and I are asking young and old to take a pledge to be more sensual – to focus on intimacy, commitment, passion and exclusivity – and address the growing addiction to pornography.I believe that a great sex life is vital to a great marriage.My Kosher Sex book is all about that. But I’ve counseled way too many marriages where a husband isn’t even touching his wife sexually, substituting lovemaking with a real woman for the masturbatory images of the screen.Pamela and I plan to launch a sensual revolution that can improve the lives and loves of those we care about.