Parashat Tazria – A Jew – past, present, and future 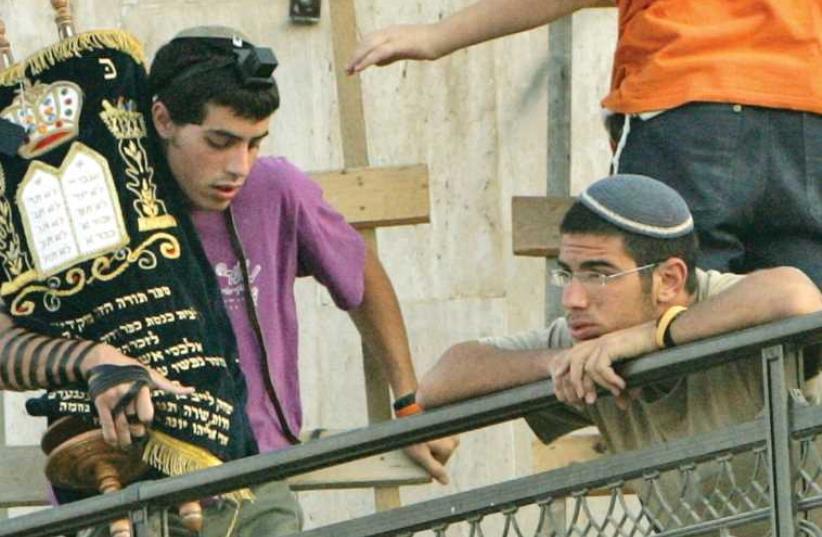 A man holding Torah scroll
(photo credit: REUTERS)
Advertisement
In addition to this week’s Torah portion – Tazria – in which we read about the halachot (Jewish laws) pertaining to purity and impurity, we also read Parashat Hahodesh. This is a small section from the Book of Exodus that deals with the Hebrew month of Nisan and its mitzvot. This festive reading heralds the beginning of preparations for Passover and is read each year as Nisan approaches. It will be read this Shabbat which is actually Rosh Hodesh Nisan, the first day of the month.This short segment uses only a few words to tell us the story of the Jewish nation, a nation that lives in the present, feels a sense of responsibility for what happens in the present, but also constantly looks back into the past and ahead into the future. This is a nation characterized by long-term memory and infinite hope.This is what the Torah says: “This month shall be to you the head of the months; to you it shall be the first of the months of the year.” (Exodus 12:2) This instruction to count the months beginning with the Nisan is not at all simple. For man living in the ancient world – and for those working in agriculture today in the Middle East – the year begins in the fall.Before the rain starts, one must start plowing and seeding the fields in preparation for the upcoming year. Indeed, we celebrate Rosh Hashana at the beginning of the month of Tishrei, with fall approaching.The Torah recognizes this natural yearly cycle and expresses this recognition in several places as it terms Tishrei “the end of the year” or the “period of the year,” but simultaneously, the Torah tells us to count the months from Nisan.This dual counting has to do with the People of Israel’s national memory. The nation in its land begins its year naturally in the fall, but it also has to remember that its beginning was not natural. The People of Israel was not created naturally and its belonging to natural history is not simple in the least. This is a nation that was created miraculously, in the Exodus from Egypt, and this is its starting point.This memory of our past changes the present. A man’s memory of his supernatural beginnings will affect his consciousness and the way he values his existence.His view of himself and of others becomes more profound and sensitive. He knows he is not here by coincidence, and if he is here – it is because he has a role to fulfill.Jews do not live only in the past and in the present, but envision a future horizon. During the thousands of years of the People of Israel’s existence, the national memory of the Exodus brought about a vision for the future that is just as wondrous and unnatural. As Micah the prophet said, “As in the days of your Exodus from the Land of Egypt, I will show him wonders.”Every Jewish mother promised her children that the day will come when the great story we are constantly remembering will repeat itself and the redemption will be complete.A Jew lives in three time frames: He lives in the present and takes responsibility for existence in the here and now; he lives in the past and remembers where he came from and his rich history; and stemming from these he also lives in the future and fills his life with hope.The writer is rabbi of the Western Wall and Holy Sites.