Russia at a crossroads in the Middle East

Perhaps what was impossible in the 20th century will emerge in our new century. 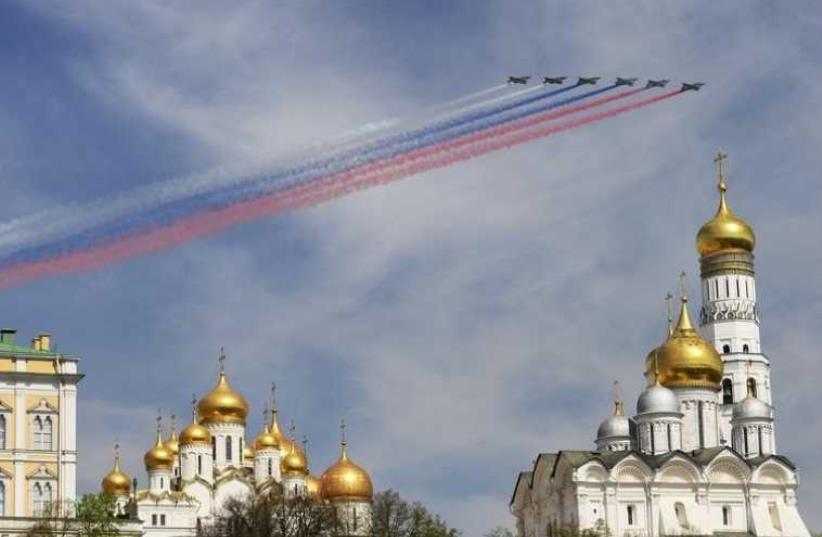 Russian Sukhoi Su-25 Frogfoot ground-attack planes fly in formation over the Red Square during the Victory Day parade in Moscow
(photo credit: REUTERS)
Advertisement
In life, repeated success can sometimes be harder to handle than defeat. Few countries know this better than Vladimir Putin’s Russia.Repeated Russian successes early in the Cold War in the Communization of China (1949), North Vietnam (1954) and Cuba (1960) and through space exploration led not to further successes but to repeated failures in the 1962 Cuban Missile Crisis, 1969 China Crisis, 1987 Afghanistan withdrawal and 1991 dissolution of the Soviet Union.Now, after a streak of foreign policy successes under Putin and Sergei Lavrov in rebuilding parts of the Russian Empire through victories in Georgia (2005), Crimea (2014) and Left Bank Ukraine (2014-2016) and now Syria (2016-2017), Russia has come to a crossroads.The key question, now that the Russian-led victory in Syria seems inevitable, is what now? The United States has more than 10 times the GDP of Russia, plus strong global allies (Germany, United Kingdom, France, Japan, South Korea). It spends eight times more ($630 billion) on its military than does Russia ($80 billion) and has a much stronger navy (11 aircraft carriers to one carrier). Russia must be careful in how it deals with a militarily far stronger United States. And a Trump America sees Iran, Russia’s current temporary ally, as a major enemy.If Russia continues to move forward in the Middle East, it will have Turkish and Iranian allies and be alienated from the pro-American Kurds. For a conservative authoritarian such as Putin, the heirs of the alien Persian and Ottoman Empires remain historic enemies of Russia. He simply does not trust Iran, especially with its drive to have nuclear weapons. An article in a Russian newspaper several years ago reminded Russians that in the last 200 years, Russian forces invaded Persia four times, including in 1911 and 1941. Even more to the point, Tsarist Russia fought a dozen wars with Ottoman Turkey between 1568 and 1918.Russia is also proud of its Russian Orthodox Church. By contrast, Russians look down on – even fear – the radical Islamic rulers of Iran and the more moderate Islamists of Turkey.Russians are now led for the first time since Lenin by a philosemitic leader in Vladimir Putin. He has called on European Jews to return to Russia and supported a $50 million Jewish museum in Moscow. Russo-Israeli relations are warm, with Prime Minister Benjamin Netanyahu having met with Putin in Moscow five times in less than two years. In turn Putin has twice been to Israel. Last year, 600,000 Russians visited Israel without visas.More than 40% of the 6.5 million Israeli Jews are of Russian origin. In Syria, the Israeli and Russian air forces coordinate their movements each day in order not to inadvertently kill each other.In the world of relatively warm Russian- Israeli relations, Iran’s regular Friday chants of “Death to Israel” are unacceptable. So, too, is the hostility Turkey repeated shows to Israel.Israel has much to offer Russia besides its warm relationship with the United States. With 100-200 nuclear bombs, the capability to deliver them by land, sea and air, F-35 fighter jets, the Arrow-1, -2 and -3 anti-missile missiles, and a top-five role in the world of hi-tech, Israel was ranked in a recent survey in The American Interest as the No. 8 power in the world.Russia has shown interest in dropping the Turks and especially the Iranians in favor of allying not only with the Israelis but the Arab Sunnis (Saudi Arabia, Egypt, Jordan, UAE). Moscow is offering to sell them nuclear reactors and more weapons. The Sunnis in turn are quietly working together with Russia and Israel. And Iran is getting nervous, claiming last week that the Russian S-300 anti-missile system recently failed to bring down an Israeli jet over Syria because it painted the Israeli jet as a Russian jet.Traditional alliances are changing with Britain leaving the EU, the EU fading and the Chinese, Russians, Iranians and Israelis emerging as newer powers. In the emerging new world order, Narendra Modi is following his foreign minister in making the first trip ever by an Indian head of government to Israel, to discuss a $15 billion free trade zone. And which country is No. 2 in the world in selling arms to India? Israel.Perhaps what was impossible in the 20th century will emerge in our new century. Only time will tell and the Russians may not lag far behind these changes.Jonathan Adelman is a professor at the Josef Korbel School of International Studies at the University of Denver.