The Human Spirit: What happened to Mother’s Day? 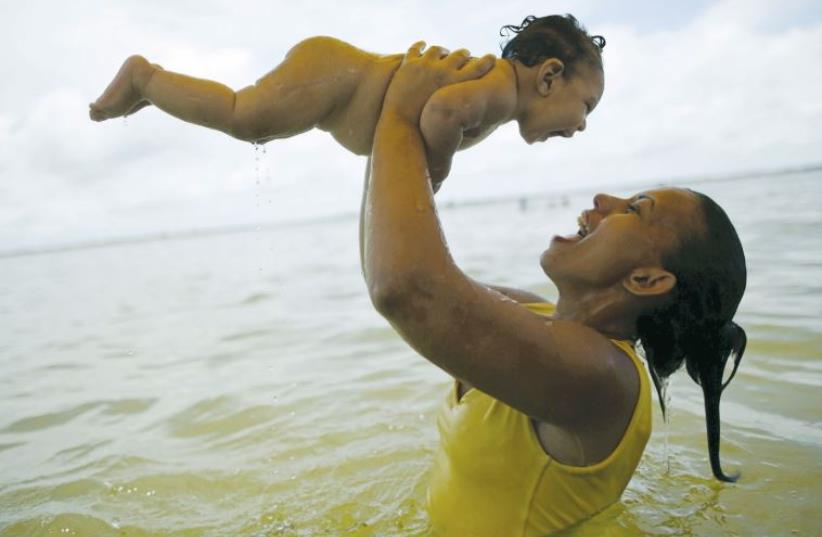 A mother with her baby (illustrative)
(photo credit: REUTERS)
Advertisement
I want Mother’s Day back.In Israel, we supposedly celebrated Family Day last week. Unlike most of our holidays, there’s little structure for this celebration.No national food. No obligatory barbecue or flag to buy.I admit there were a few hints of celebration.In a shop selling fragrant lavender soap made by autistic children, all products were discounted for Family Day. In Ma’aleh Adumim, a family tour of the Judean Hills was advertised. In one my granddaughter’s kindergarten class, they brought two musicians – family members for a sing-along. Nursery school and kindergarten appear to be the venues for the most common Family Day celebration. Most of us probably missed this national day that supposedly expresses love within the family.We used to have Mother’s Day in Israel, like most other countries – be they Senegal, Salvador or Sweden, Tajikistan, Tanzania or Taiwan. The first proposal to observe such a day was in 1947, pre-state, and the proponent was Sarah Herzog, then-president of the Ezra organization which helped women after childbirth.Herzog was born in Riga, and lived in England before she married Belfast rabbi Isaac Herzog and later became the first rabbanit of the Irish Free State. Ireland has a long tradition of “Mothering Sunday,” not exactly a Mother’s Day but a time when even servants got the day off to go to church. She moved to pre-state Israel in 1936 when her husband was appointed chief rabbi. An activist for women and children, the founding of World Emunah is among her accomplishments. She thought we needed Mother’s Day here.In what appears to be a separate initiative in Haifa, women’s activist Hanna Hushi – a Hashomer Hatza’ir socialist pioneer who paved roads and helped found a kibbutz, who led an organization of working women and established daycare centers with WIZO – proposed Mother’s Day.In 1951, 11-year-old Nechama Frankel (later Biedermann) wrote to the youth newspaper Haaretz Shelanu with a suggestion to create Mother’s Day. The popular newspaper sponsored by urban, urbane Haaretz got behind the campaign.Among those who contributed essays to the newspaper’s Mother’s Day editions was 13-year-old Amos Klausner (later Amos Oz), who wrote about his mother’s death.Nechama Frankel had learned about Mother’s Day from her mother – not the American Mother’s Day, but Polish Mother’s Day. It had been fondly celebrated in Lodz, where it was widely embraced as a time to appreciate and pamper mothers working hard at home; and, in contrast to skewed stereotypes we have of Eastern European women, many were working outside of the home, too.In Israel, the date chosen was the day on which Henrietta Szold died, Rosh Hodesh Adar. (At first, Mother’s Day was celebrated on 2 Adar, and then moved to 30 Shvat.) Szold was born in Baltimore in 1860, the same year as Theodor Herzl. Hard to believe that she was born before the Civil War, before Abraham Lincoln was inaugurated as president of the United States.I have interviewed the nurse who took care of her in Jerusalem before her death.She started the first night school for English and citizenship for immigrants, at the time when the huge wave of immigrants left Eastern Europe for the United States.She made her maiden voyage to Israel with her mother, Sophie Szold – a woman long involved in social welfare projects – in 1909. Henrietta and Sophie were moved by the need to do something about healthcare, particularly for mothers and children.Henrietta Szold moved to Jerusalem and played an invaluable role in the establishment of medicine and social services in Israel, although she was neither a nurse nor a social worker. As the founder and president of Hadassah, she understood the need to create institutions all over the country – mother-andchild stations, family clinics and hospitals.Women couldn’t vote in the United States when she started Hadassah and successfully mobilized the enormous talents of Jewish women who weren’t in the workforce. The modern health system they created was a necessity for the new Jewish state in the making.In her 70s, she took on the Israel part of the Youth Aliya, actually created by Recha Freier in Berlin, and personally met the ships of the young persons in the 1930s and ’40s who came to Israel without their parents. Of course, many would never see their parents again.These young persons called her ima, mamma.Miss Szold, as everyone called her, never married. She never had children.By celebrating Mother’s Day on her yahrzeit, we honor all women who have contributed to building the future.There’s a beautiful message in this, defining motherhood – or parenthood – in the broad strokes that reject biological function as the ultimate definition.With such strong and eclectic roots, why was Israeli Mother’s Day pushed aside for Family Day? The answer isn’t clear. It seems that sometime in the 1990s Mother’s Day was considered outdated, and by the early 2000s Family Day came into being. Some blame the feminists, who reportedly didn’t want women to be thought of “just” as mothers.But then, people are always blaming the feminists. The decision was made in the Education Ministry.Only after considering a campaign to revisit that decision and revive Mother’s Day did I realize that I wasn’t the only one thinking that way. Reportedly, Justice Minister Ayelet Shaked, has suggested we give up this failed experiment in Family Day and return to our Mother’s Day roots. Anybody joining my campaign? The author is a Jerusalem writer who focuses on the wondrous stories of modern Israel. She serves as the Israel director of public relations for Hadassah, the Women’s Zionist Organization of America. The views in her columns are her own.