Is the Ashkenazi hold on Jewish destiny slowly diminishing? 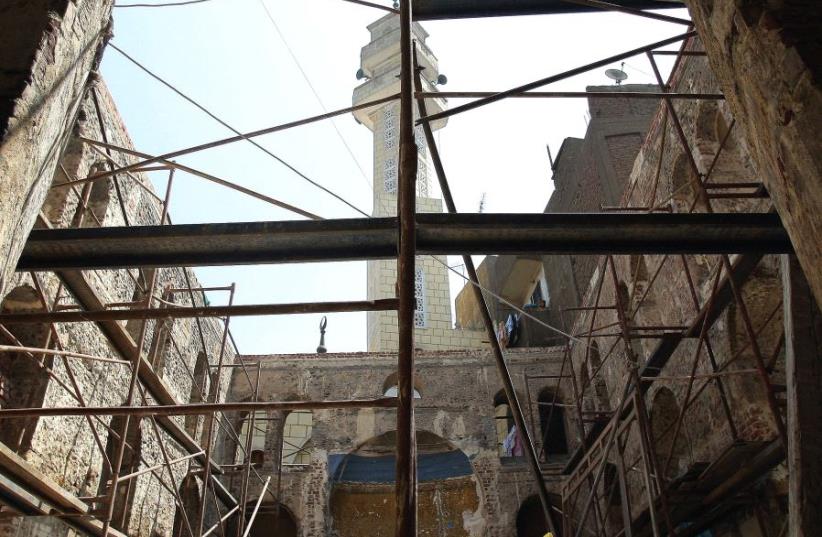 EGYPTIAN WORKERS carry out restoration work at a synagogue in Cairo.
(photo credit: REUTERS)
Advertisement
For many centuries Sephardi thinking, culture and law dominated the Jewish world. While kudos must be given to Rabbenu Gershom, Rashi and the Tosafot in the Ashkenazi world, there is no doubt that Judaism would have been impoverished without the genius, creativity and leadership of Judah Halevi and Moses ben Maimon. In addition, the foundational code of Jewish law the Shulchan Aruch was the work of 1492 exile Joseph Karo and it was only later that Rabbi Moses Isserles in Krakow wrote an Ashkenazi gloss on the Sephardi code of the law. Ashkenaz was central, but Sepharad was dominant.But this dynamic began to change dramatically as we enter the modern period. All of the modern denominations of Judaism – from Reform to ultra-Orthodox – were founded in Central Europe, Hassidism struck roots in Ukraine and Poland, Jews were granted emancipation beginning in France in 1790 and both the Socialist Bund and various forms of Zionism were the creation of the Russian Pale of Settlement. The Jews of Spain, Portugal and North Africa – as well as all Jews from Arab and Islamic lands – seemed to have disappeared from the radar of Jewish history. This eclipse is shocking. Has it been overstated? While some historians would point to the exile of Jews from Spain in 1492 as the beginning of the end, the reality is that great Sephardi creativity continued to be a hallmark of Jewish civilization in the early modern period, in those years between the realities of Jewish autonomy in the medieval world and the revolutions of modernity. An outstanding example of Sephardi fortitude in the face of traumatic exile was the community of Safed. In the 16th century this town boasted the greatest Jewish mystical minds as well as brilliant business acumen as a textile and clothing manufacture center. Exile did not weaken Sephardi Jewry but stimulated roots of genius and creativity. Rabbi Isaac Luria’s Kabbalah was both traditional and iconoclastic in ways that are barely imagined today. Sephardi thought was still supreme.Another culprit that is accused of causing the Sephardi eclipse is the Shabbetai Zevi failed messianic movement of the mid-17th century. There was apocalypse in the air and Jews were not immune to an unbalanced young man from Izmir in the Ottoman Empire who claimed to be Gershom Scholem’s “Mystical Messiah.” When the Sultan heard of Shabbetai’s plans to seize power from the overlords of the Land of Israel, he arrested Shabbetai and gave him the choice of conversion to Islam or death.For the most part, Shabbetai’s embrace of Islam ended the movement of messianic redemption, from Poland to Yemen. Indeed, perhaps this was the moment in the Jewish world when the Jewish masses ignored the warnings of their rabbi and thus weakened rabbinic authority. Since the source of the movement was the greatest Islamic empire and since that Ottoman empire was facing a true decline until it was known in the early 20th century as “The Sick Man of Europe” – perhaps that heralded the Sephardic eclipse in the face of Ashkenaz.Or likely, the Sephardi eclipse is overstated. Ladino language and culture flourished in cities like Salonika, where there was a thriving Jewish press and very active Zionist organizations. In North Africa the French Alliance promoted advanced education and prepared its Jewish students for life in the real world. If we go to Istanbul, we have the leadership of the Hakham Bashi in Jewish religious life and thriving synagogues and institutions.Beyond the Sephardi world, going into other Arab and Islamic lands, there is aliya of Jews to Israel from Yemen long before the mass exodus with the creation of the Jewish state. There is also a thriving business, political and middle class in Iraq.Once the Zionist movement became a reality life did worsen for Jews in Arab and Islamic lands – even though they had always been humiliated institutionally via the dhimmi status – but the achievements of the non-Ashkenazi world were considerable although not foundational. That there has been a crossover between the two worlds can be seen in Shas – a Sephardic protest movement basically founded and inspired by Mitnagdim. With the founding of the State of Israel, perhaps the Sephardi eclipse is ending.With half the Jewish population of the State of Israel descended from Jews of the Sephardi and Mizrahi worlds, one wonders if the Askenazi hold on Jewish destiny will diminish. Only time will tell.We are moving into a new phase of history.The author is a rabbi and spiritual leader of Congregation Anshei Sholom in West Palm Beach, Florida.