Court issues first conviction of Israeli-Arab for involvement with ISIS

Hamza Magamseh was arrested in October 2014 for traveling to Syria to join Islamic State, where he spent 10 days at a training camp.

By YONAH JEREMY BOB, BEN HARTMAN
APRIL 15, 2015 12:34
An Islamic State fighter carries the group’s flag in Raqqa, north-central Syria.
(photo credit: REUTERS)
Advertisement
The Nazareth District Court on Wednesday issued the first conviction of an Israeli Arab for involvement with the Islamic State against Hamza Magamseh, 23, from Yafia.In an unusual procedural situation, Magamseh was previously convicted without fanfare of the minor charges against him for membership in a banned organization, conspiracy to commit a crime and illegally leaving the country in late March.However, the country’s attention was focused on Wednesday’s decision because it was the first time an Israeli Arab was convicted of contact with an enemy agent where that “agent” was Islamic State.The three judge panel in particular emphasized the massive dangers that the phenomenon of Israeli Arabs volunteering for Islamic State could have both in terms of being turned into attackers with full access to the country and in providing dangerous intelligence about Israel to the terrorist organization.Magamseh’s sentencing hearing is set for June 14. 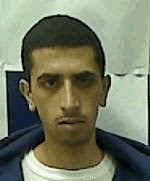 He was arrested in October 2014 for traveling to Syria to join Islamic State, the police and Shin Bet (Israel Security Agency) announced in November.He left for Turkey on October 5 along with three friends from Yafia, a village adjacent to Nazareth.He and two of the friends decided to continue to Syria in order to join Islamic State, crossed the border and contacted people from the group, the Shin Bet said.During his time with Islamic State, Magamseh was given the name Abu Omar al-Falastini.The three men were then taken to al-Madafa training camp, about 90 minutes away, where Magamseh spent 10 days before sneaking out of the camp without notifying his Islamic State commander.The training was supposed to consist of 15 days studying Shari’a (Islamic law) mixed with military training and 30 days of harder military training, had Magamseh stayed in the course.He was arrested upon landing at Ben-Gurion Airport on October 24.Several Israeli Muslims have been arrested after returning from Syria, where they joined Islamic State or other rebel groups. Most, like Magamseh, were only in the country for a short time, and did not see combat.One man, though, Ahmed Shurbaji, a 23-year-old from Umm el-Fahm, was charged in November 2014 with spending three months fighting with Islamic State in Syria, during which he attended a training camp, took part in two gun battles, manned a checkpoint and took part in patrols against Syrian state forces.