Two terrorists were shot and subdued by security forces at the scene. 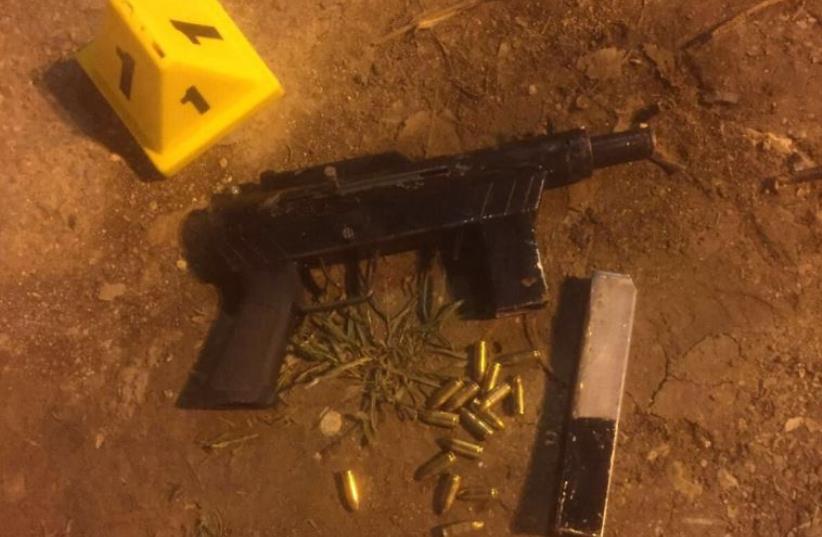 One of the automatic weapons used by terrorists in the attack at Damascus Gate on Sunday night
(photo credit: COURTESY ISRAEL POLICE)
Advertisement
Police killed two Palestinian terrorists late Sunday night who opened fire on them by the Damascus Gate near the Old City in Jerusalem.Shortly after the attack, police spokesperson Micky Rosenfeld told The Jerusalem Post that the two unidentified terrorists attempted to open fire using automatic weapons, before Border Police in the area opened fire, killing both suspects."The area remains cordoned off and police are still searching the area for more suspects," said Rosenfeld. "Heightened security remains in effect in and around the Old City." Rosenfeld said that forces "responded quickly and professionally by neutralizing the terrorists. No police were injured in the battle." A police spokeswoman said that police in the area had seen a suspicious person with a bag in his hand. When they asked him to put the bag down, he took out an atomic rife and shot at them. The police fired back and killed him, the spokeswoman said.A second terrorist who had been undetected by police opened fire at them, just south of the Damascus Gate. Police shot back and killed him. The two Palestinian men are in their 20s and are from the West Bank, the police spokeswoman said.