‘No big bang theory to end the Israeli-Palestinian conflict’

EU and UN officials doubt that Israel and the Palestinians can come to a peace deal without the assistance of mediation. 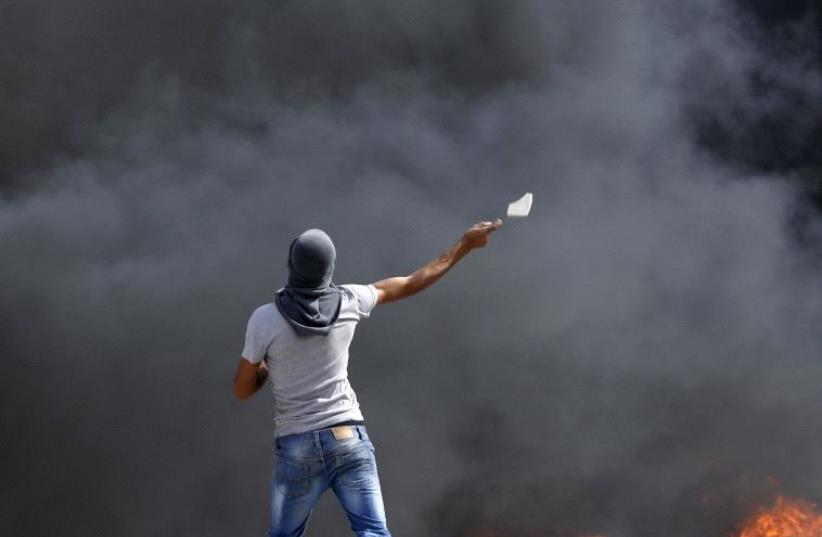 A Palestinian throws a stone towards Israeli troops during clashes at Qalandia checkpoint
(photo credit: REUTERS)
Advertisement
It’s unrealistic to imagine that Israelis and Palestinians can sit down at this time and directly negotiate a peace deal, EU and UN officials said on Thursday.“If we push for direct bilateral negotiations today, for some we would be dreamers, for others naive, but certainly we would not be realistic,” said the UN’s Special Coordinator to the Middle East Peace Process Nickolay Mladenov.Mladenov spoke at a conference at the Netanya Academic College on a grand strategy for the two-state solution that brought together ambassadors, politicians and civil society leaders.
UN Special Coordinator to the Middle East Peace Process Nickolay Mladenov (photo credit: TAMIR BARGIG)His words were echoed by the EU’s Ambassador to Israel Lars Faaborg Andersen who said, “The big bang theory is not realistic.” “Big bang meaning that the parties sit down, negotiate and agree on a solution and then it is implemented. This is going to take some time and the only possibility is some kind of a gradual process with way stations along the way,” Faaborg-Andersen said.Experience has shown that it is not enough to put Israelis and Palestinians in a room, Faaborg-Andersen said.
“We have to find an entry point to see a political process restarting,” he added.Both he and Mladenov said they believed that a final status agreement could only come through the help of a regional or international process.Such efforts were not intended to dictate the outcome of a final status agreement, but rather were intended to help create conditions for such talks, they said.“This is of course not a question of the international community or anyone else trying to be prescriptive or imposing a solution on the parties,” Faaborg-Andersen said. “But the point is that the parties themselves have not been able to agree a way forward on their own." 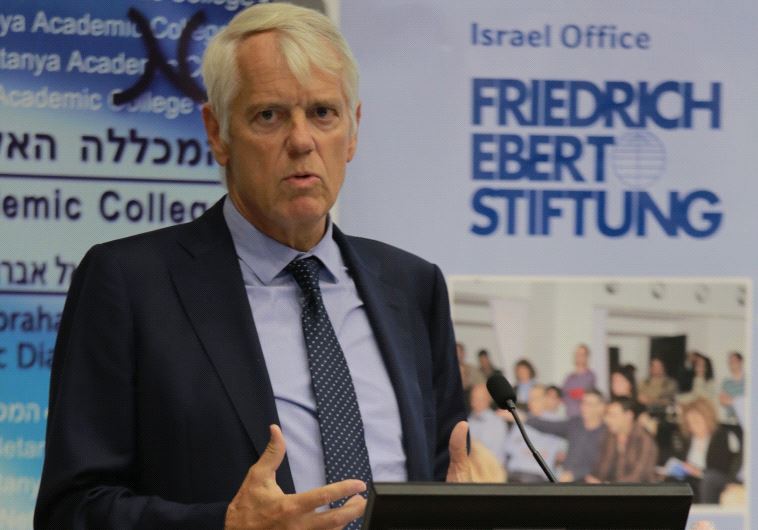 EU Ambassador to Israel Lars Faaborg-Andersen (photo credit: TAMIR BARGIG)In the absence of talks, Mladenov said, work has to be done to maintain the possibility of a two-state solution, particularly in Area C of the West Bank, where settlement activity must end, and Palestinians given permission to build and expand.There must be “zero tolerance for terror and incitement," he added.Mladenov referenced specifically to the Palestinian terror attack on the Sarona Market in Tel Aviv that claimed the lives of four victim.“When someone with a gun walks into a restaurant and has a political agenda and starts shooting at people, that is an act of terror and it needs to be condemned,” he said.In addition, he said, “the trend to deny the historic and religious link between Jews and Palestinians and their holy places” must end.Among the possible ways to move forward, Faaborg-Andersen said, was 2002 Arab Peace Initiative which offers Israel normalized ties with the Arab world after it has concluded a peace deal with the Palestinians based on the pre-1967 lines with minor land swaps.When asked to summarize at the conference, Faaborg-Andersen focused on this point, as he succinctly pulled together the different themes which had been presented.He later clarified for The Jerusalem Post, that the views he presented in the summery statement were not his own or those of the EU.A “grand bargain" is needed to move the process forward, but there were real issues around incentives and reciprocity if the equation was just between the Israelis and the Palestinians, he said.“The Israelis will need to give some concessions. Their question is legitimate, what do we get for it?” he said.
The Palestinians, who have a weak state structure, cannot offer enough in return, and this includes not being in the position to totally halt incitement and violence, Faaborg-Andrsen said.Among those who could bring reciprocity to the table are the moderate Arab states, he said. They could offer Israel initial steps toward normalized ties in return for concessions, by way of breaking the impasse and moving the process forward, he said."There are several possibilities, one of them is a regional framework. Its true, and it is obvious, there is a realignment of the interest between moderate Arab states and Israel, which can be exploited and which can be the first steps toward the process of normalization and peace with the rest of the Arab world, which I think is something that could really move the minds of Israelis."