Palestinian terrorist gets 35 years in jail for two attempted murders

Policewoman permanently paralyzed, to be paid 258,000 NIS by attacker 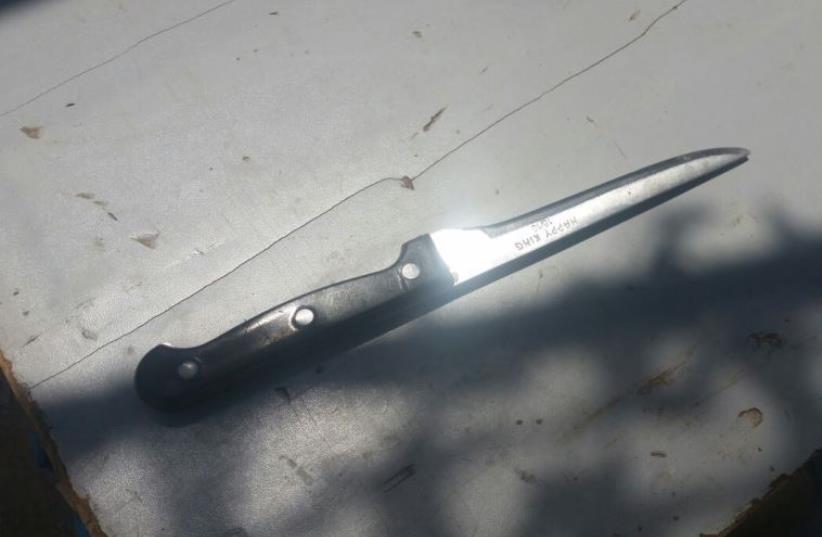 Knife used by Female Palestinian terrorist
(photo credit: Courtesy)
Advertisement
The Jerusalem District Court sentenced a Palestinian terrorist to 35 years of prison on Wednesday for two attempted murders, including permanently paralyzing a policewoman.The assailant, Ayman Kurd, 21 from Hebron, stabbed policewoman Tsippi Yacovian in the neck, severely wounding her in an attack that took place in the Old City of Jerusalem in September 2016 during an increased spike in violence in the area.The attack left Yacovian permanently disabled after her spinal cord was severed during the attack near the Old City’s Herod’s Gate.A second police officer was wounded in the incident as well.The court also ordered Kurd to pay NIS 258,000 to Yacovian and NIS 70,000 to the second officer.Kurd confessed to perpetrating the attack out of revenge and to be like a relative of his, Ramzi, who was killed while perpetrating a similar attack.In 2017, despite being paralyzed, Yacovian attended the trial and testified against Kurd for repeatedly stabbing her.Yacovian, 38, a married mother of two, has spent extensive time at Hadassah University Medical Center on Jerusalem’s Mount Scopus campus because her home was not equipped to accommodate her considerable medical needs.The severity of her wounds, which doctors did not think she would survive, requires intensive support, including 24-hour care and expensive specialized equipment, as well as making her home wheelchair accessible.A crowdfunding campaign was launched to help her family raise NIS 1 million on top of assistance provided by the Defense Ministry to equip a suitable new residence.During her testimony against Kurd, she had recounted that shortly after arriving at Damascus Gate for duty and joining a colleague to walk toward nearby Sultan Suleiman Street, she felt a “blow from behind,” and heard gunshots, but could not see her assailant.“When I fell to the ground, I heard my name being called out from behind, and gun shots,” she said.Jerusalem Post Staff contributed to this report.