Iran has a vast espionage infrastructure in Germany that coordinates with its embassy in Berlin. 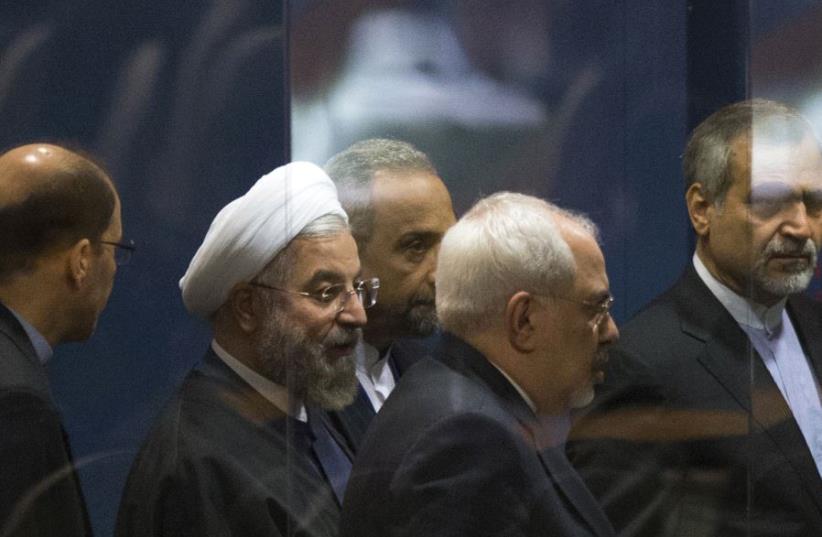 Iranian President Hassan Rouhani surrounded by goverment officials.
(photo credit: REUTERS)
Advertisement
The federal prosecutor in Germany announced on Monday the indictment of a Pakistani man allegedly commissioned by Iran’s regime to spy on the head of the German-Israel Friendship Society and on economic entities.The indictment of the 31-year-old citizen of Pakistan – identified only as “Syed Mustufa H.” – said he is suspected of intelligence activity from July 2015 to July 2016 on behalf of Iran’s regime. The federal prosecutor alleged that Mustufa spied on “institutions and persons.”The indictment states the accused was in contact since 2011 with a person from Iran’s intelligence agency who is responsible for espionage in Europe. The indictment said Mustufa spied on an economic college in Paris, a professor who teaches at the college, as well as the former head of the German-Israel Friendship Society.Iran’s regime paid Mustufa for the information he secured, according to the indictment.German authorities arrested Mustufa on July 5 in the city of Bremen and he has been in jail since July 6. According to the Bremen-based Weser-Kurier newspaper, Mustufa studied at Bremerhaven College and worked in Bremen. He allegedly spied on Reinhold Robbe, the former head of the German-Israel Friendship Society. According to the Berlin-based Tagesspiegel newspaper, Mustufa was likely working for Iran’s Revolutionary Guard Corps.Robbe told Germany’s largest-circulation newspaper Bild in July that he would not allow himself to be intimidated by the espionage. Robbe was previously the parliamentary commissioner for the armed forces in the Bundestag.Calls from The Jerusalem Post to the federal prosecutor’s office in Karlsruhe, a city in Baden-Württemberg state, were not immediately returned. It is unclear from the prosecutor’s statement what economic surveillance took place in France.In July, a Berlin court convicted an Iranian man of espionage on behalf of Iran’s regime. The 32-year-old man was sentenced to nearly two-and-a-half years in prison for spying on Iranian dissidents in Germany.According to German intelligence reports reviewed by the Post, Iran ratcheted up its spy network in the Federal Republic in 2015. Iran has a vast espionage infrastructure in the country that coordinates with its embassy in Berlin.