The Sephardi community both in the UK and abroad is upset over one rabbi's lecture over same-sex love. 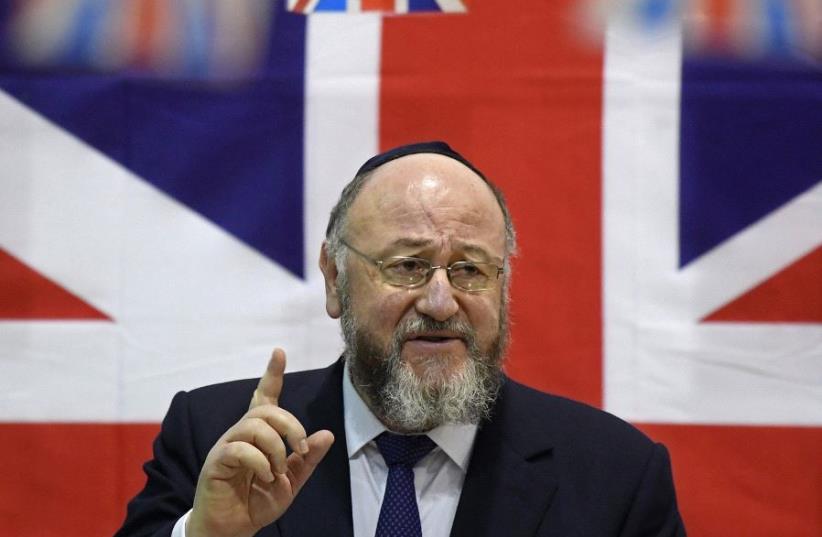 Britain's chief rabbi Ephraim Mirvis
(photo credit: TOBY MELVILLE/REUTERS)
Advertisement
The United Kingdom's Chief Rabbi Ephraim Mirvis said on Wednesday that the public backlash over a controversial lecture on gay love delivered by a senior Sephardi rabbi last month was "extremely" alarming, according to The Jewish Chronicle.Addressing the row publicly for the first time, Mirvis called on all those concerned "to approach this issue with all due sensitivity and dignity, and to exercise responsible leadership in the best interests of the Jewish community.” The rabbi added that he was troubled by "the public fallout from the dispute concerning Rabbi Joseph Dweck which has been deeply divisive and damaging for our community.”Dweck, leading rabbi of the S&P (Spanish and Portuguese) Sephardi Community in London, found himself at the center of a contentious controversy last month after delivering a lecture in which he argued that Judaism allows for two men to love each other despite its prohibition in the Torah.The senior rabbi latter sought to clarify his statements, saying that although some of his phrasing may have been “exaggerated,” he stands by his belief that a change in social attitudes had brought benefits by helping “society be more open to the expression of love between men,” according to The Jewish Chronicle. Dweck's lecture was swiftly denounced by leading Sephardi rabbis in Britain and abroad. Rabbi Aaron Bassous, head of a Sephardi synagogue in Golders Green, called his comments "dangerous." Israel's Sephardi Chief Rabbi Rabbi Yitzchak Yosef also stated that such views were "heretical" to Jewish law after responding to concerns raised by rabbis in America.  Despite Mirvis' attempt to mitigate the situation, Dweck on Wednesday announced on social media that he would be cancelling an invitation to serve as scholar in residence for a major Sephardi community this summer, referring to “some issues that must first be dealt with,” according to The Jewish Chronicle.“Unfortunately, my recent lecture caused some issues that must first be dealt with. I therefore, will not serve as scholar in residence for the SCA this summer,” Dweck posted to Facebook.