Funnymen Yisrael Campbell and Jeremie Bracka present a comedic journey on living in Israel and the experience of making aliya. 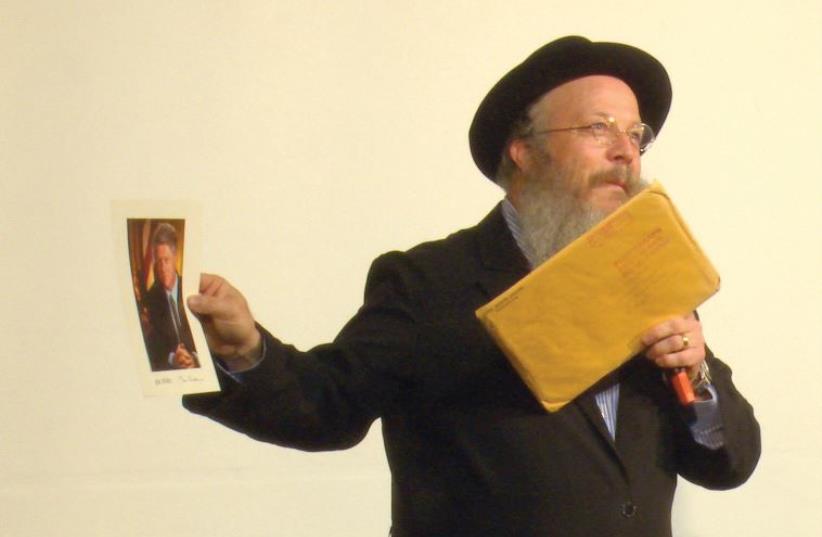 LOCAL COMEDIAN Yisrael Campbell
(photo credit: ELAHN ZETLIN)
Advertisement
We’ve all experienced the roller coaster of emotions that this country of ours has often evoked. Some of us may have left the country of our birth starry eyed, fueled by Zionist fervor, while others may have just been fed up with the weather. Whatever the catalyst for our decision to make aliya, the majority of us have had to deal with all kinds of cultural and behavioral codes that may have taken us a while to adjust to.Jeremie Bracka and Yisrael Campbell will put all of that and more into hilarious context this Thursday (8 p.m.) when they perform in Thank You for Flying Hell-Al at the Beit Ariella Auditorium in Tel Aviv. 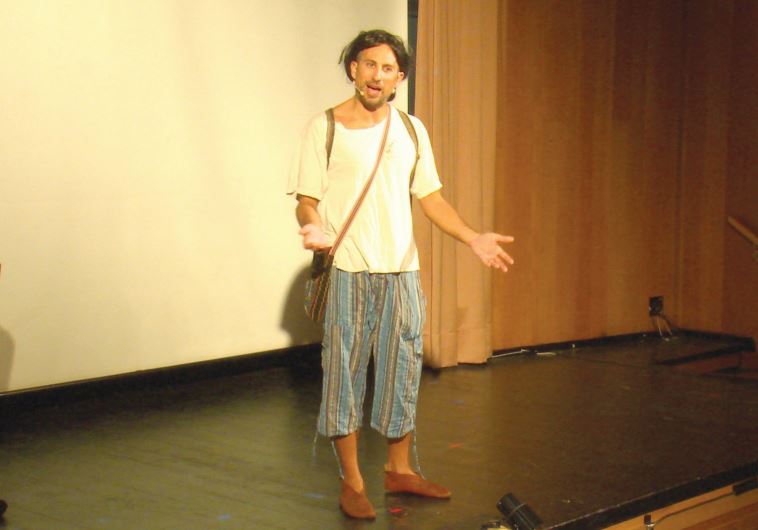 Jeremie Bracka
Of the two, it is safe to say that Campbell had a wider cultural bridge to span than Bracka when he made aliya.“My part of Thank You for Flying Hell-Al comes, really, from an off-Broadway show I did about five years ago that was called Circumcise Me, which basically told the story of growing up Catholic, converting to Judaism three times and making aliya,” he recounts.Phew! “This new show is a chance to explore more deeply the experience of making aliya,” says Philadelphia-born Campbell before expounding on the split identity many immigrants accrue.“I am certainly more Israeli than American Jews who have never made aliya; but, on the other hand, here I am considered an American, even after being in Israel for 15 years. It is sort of ‘Did I move to Israel for this?’ feeling,” he wryly observes.Thank You for Flying Hell-Al is a tale of two different artists from different parts of the world and different religious and social points of origin, with disparate takes on how to convey their thoughts and feelings about the things they have been through and how they view life here.“Yisrael is more the stand-up approach, and I play about 15 different characters in my half-hour sketch,” says Bracka.The latter span a broad swathe of types.“I do an Israeli security checker at the airport and an El Al hostess. That may sound a bit familiar, as Bracka has invoked the said characters in previous works he has performed.“This particular routine is mostly new because I now also do a Filippino [care giver], a French tourist, a French olah.”There’s more.“I also have an Israeli Tel Aviv landlady in the show and a taxi driver, and I also have a Russian technocrat from Misrad Haklitah [Ministry of Aliyah and Immigrant Absorption],” he says.That sounds like a pretty comprehensive reflection of the Israeli population at large.“I’ve got most bases covered,” admits Bracka. “The only type I haven’t really covered is the American religious settler, but I was confident Yisrael was going to cover that, with his American credentials.”The vast cross-section of cultures that Israeli society incorporates leaves artists like Bracka rubbing their satirical hands.“This show is basically a collaboration of sorts [with Campbell], but it is also a showcase of Jewish comedy and of two comedians on Israel and aliya and on what it means to live in a country where you’re an Anglo, and the whole world looks very different. For comedians, Israel is a treasure trove of material,” he says.For Campbell it really is a tale of gradually realizing that the goalposts have shifted in both countries in which he has lived. He says that today he feels somewhat extraneous to both.“The strangest part is having done that, having made aliya, I am a stranger in a strange land both in Israel and in America,” he says. “It’s not like I can rewind and start over again.”Campbell got a sense of how Israeli he had become at the start of what turned out to be a two-year sojourn back in the US between 2008 and 2010.“The first day we were back in New York, I was driving a rental car and I was stopped at the light at the corner of 87th and Broadway when I saw a woman holding her small son over the sewer grate and he was peeing into it. I rolled down the window and, without any introduction, I just said, ‘Ma nishma?’ [How’s it going?], and she replied, ‘Be’seder’ [Fine]. She never paused for a second. She didn’t think what she was doing was wrong. I would never have made the assumption that she was a Hebrew speaker had I not been in Israel,” he recounts.Presumably, after expressing all those sober, only semi-comical thoughts, Campbell’s part in Thank You for Flying Hell-Al is liberally laced with dark humor. That, says, Campbell is basically the nature of his craft.“People say to my wife that it must be so much fun living with a comedian, and she looks at them like they’re insane,” he laughs. “It’s the final distillation that’s the funny part. You don’t start out with diamonds when you make diamonds.”It sounds like a lot of graft went into putting Campbell’s share of the new show together.“It’s hard work, but it’s work I love,” he states. “I’m always grateful to have the opportunity to get paid for making people laugh. But up until the moment they start laughing, there’s always the fear that they won’t.”Australian-born lawyer Bracka has paid his dues on the global comedy circuit over the years, performing his Arafat in Therapy solo show to great acclaim in Australia, New Zealand, Hong Kong and New York, as well as around Israel. His half of Thank You for Flying Hell-Al follows similar character- based lines, with the types he agilely and unforgivingly inhabits serving as vehicles for Bracka to portray numerous aspects of life here, warts and all.In contrast to his previous work, Bracka says the new show is aimed at audiences who have been there and done that in this country.“There are some characters who speak Hebrew, and it is very much tailored for olim and for people who have spent time in Israel. Both Yisrael and I are assuming that the audiences will have a lot of knowledge of the [Israeli] culture because we’re assuming that we will be performing to a largely ex-pat Israeli English-speaking community,” he says.Presumably, then, much of what Campbell and Bracka will offer the audiences in Tel Aviv will resonate strongly with the patrons. You can almost imagine people nodding and smiling, possibly wryly, as the comedians spin their comedic tales, and thinking “Yes, that happened to me, too.”“I think there a lot of segments like that in the show,” says Bracka. “Yisrael and I come from different backgrounds, so we cover a lot of ground between us. I hope the audiences have a lot of fun.”For tickets and more information: www.thestagetlv.com