"This puts an end to the open wound of the episode after 35 years," Pollard said. 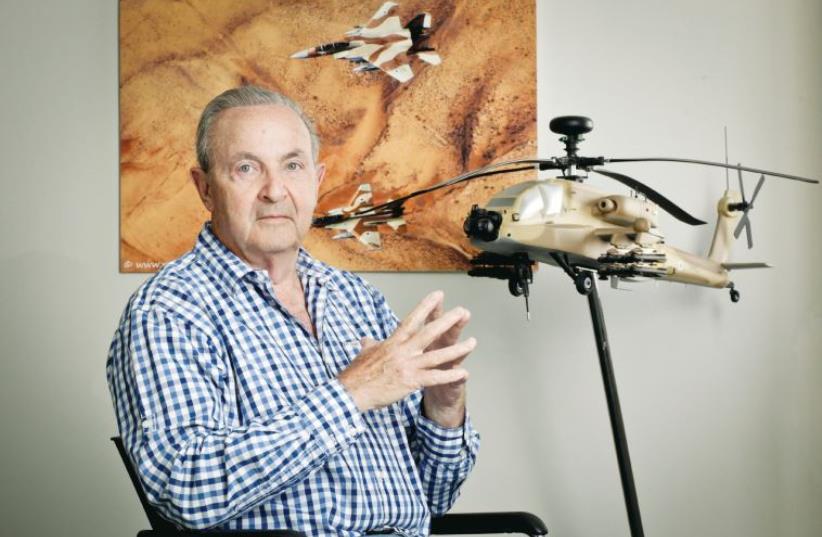 In a departure from protocol, commander Aviem Sella directed the fighter jets that attacked the SAM batteries in 1982
(photo credit: RAANAN COHEN)
Advertisement
US President Donald Trump issued a pardon yesterday to Aviem Sella, an IAF colonel, who was indicted by a US federal grand jury in March 1987 on three counts of espionage for recruiting Jonathan Pollard to collect US military secrets for the Israeli government, according to a statement from the White House.
“Mr. Sella’s request for clemency is supported by the prime minister of Israel, Benjamin Netanyahu, Israeli Ambassador to the United States Ron Dermer, the United States ambassador to Israel, David Friedman, and Miriam Adelson,” the statement read. “The State of Israel has issued a full and unequivocal apology, and has requested the pardon in order to close this unfortunate chapter in US-Israel relations.”
The pardon was one of 73 granted by Trump hours before he left office to be replaced by now newly sworn-in President Joe Biden. He also commuted the sentences of an additional 70 people. The pardons and commutations included his former adviser Steve Bannon.
Pollard offered his services to Sella when they met at a lecture while Sella was studying for a PhD at New York University. After Pollard’s arrest, Sella fled to Israel, and Israel refused to extradite him to the US.
Pollard released a statement saying that he and his wife, Esther, were pleased about the pardon and wished Sella success.
“This puts an end to the open wound of the episode after 35 years,” Pollard said. “After the long years of suffering we endured, Esther and I want to focus solely on the future and not on the wounds of the past.”
Nitsana Darshan-Leitner, one of Pollard’s lawyers, called on Sella to tell the story of Pollard and the information he provided that helped Israel. She said that if Sella issued an oath or legal testimony to the Americans, it should be published.
“We are happy about Sella’s pardon, but we hope he will finally tell the truth and enable justice to see light,” she said. “Pollard has been suffering for 35 years from malicious lies and false accusations that Sella could have easily proven untrue. The time has come for Sella to step out of the shadows and tell exactly what he knows about this patriot who suffered for 30 years in an American prison.”
Pollard’s Israeli handlers were granted immunity from prosecution in the US in exchange for cooperation after Pollard’s arrest. But because Sella’s role was unknown at the time, he was not given immunity. His indictment carried a maximum sentence of life imprisonment and a $500,000 fine.
The same week of his indictment, Israel angered the US by promoting Sella to brigadier-general and commander of the Tel Nof Air Force Base. The US then issued a letter barring visiting US delegations from having any contact with him.
Before that, Sela had a celebrated career in the air force and became one of Israel’s most decorated pilots. He flew Phantom jets in many key battles, including the historic air battle during the War of Attrition between American-made jets and Soviet-era MiG-21s.
He was the head of Air Force Operations during the First Lebanon War, planning Operation Mole Cricket 19, in which the IAF destroyed Soviet-made Syrian surface-to-air missile batteries in the Bekaa Valley. He was also the commander responsible for planning Operation Opera which saw the destruction of the Osirak nuclear reactor outside of Baghdad in 1981.
A source close to Sella said that had he not become embroiled in the Pollard affair; he believed that he had been on track to becoming the commander of the air force.
Sella did not return a request to comment to The Jerusalem Post.