The killer of British student Hannah Bladon is a 57-year-old east Jerusalem resident, much older than most lone wolf attackers seen previously. 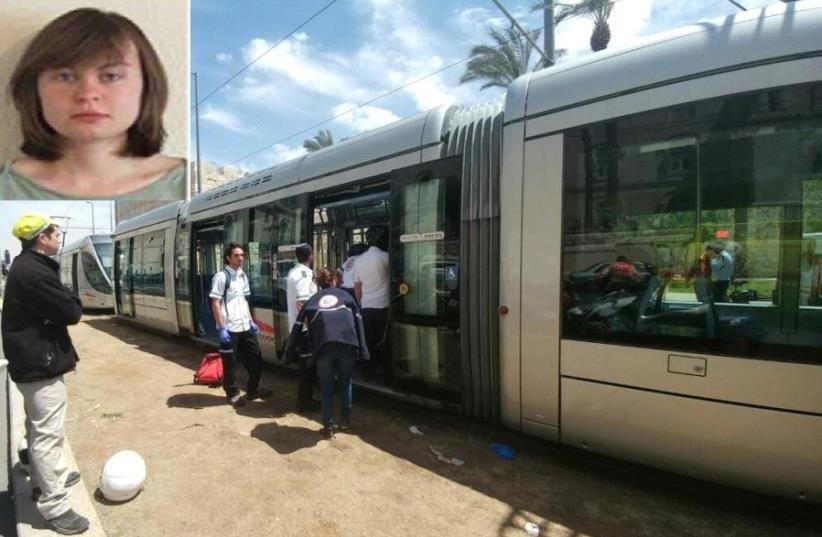 Hannah Bladon, the victim of a stabbing attack at Jerusalem's light rail.
(photo credit: MAARIV)
Advertisement
The latest terrorist attack Friday in Jerusalem, during which British student Hannah Bladon was murdered, differed in at least one aspect from the patterns which have characterized the wave of terrorism that has plagued Israel for the last 19 months.Her killer, east Jerusalem resident Jamil Tamimi, who has a long record of psychiatric problems, was 57. This makes him one of the oldest, if not the oldest, Palestinian to be involved in such an incident.Since September 2015, which the Shin Bet (Israel Security Agency) considers the beginning of the latest wave of terrorism, more than 40 Israelis and two foreigners have been killed. Most of the perpetrators fell under the definition of “lone-wolf” assailants. They didn’t belong to any organization and their decisions to kill Israelis were capricious and made without any serious preparations. Their weapon of choice was not a gun but instruments such as knives, stones or vehicles. And they were all much younger than Tamimi – many were teenagers or in their 20s.
Scene of stabbing attack on Jerusalem light rail on April 14, 2017 (UNITED HATZALAH)
Some of them sympathized with Hamas or Islamic Jihad, but had no previously known affiliation with such groups.A significant number of the violent incidents happened in Jerusalem, some of them on the Jerusalem Light Rail, which travels through Arab neighborhoods of the city and thus is easily accessible for would-be killers.We still don’t know what Tamimi’s motives were – he is still under investigation – but we do know that he tried in the past to commit suicide.He may have been under the influence of Palestinian incitement, or was perhaps trying to copycat previous incidents. Nevertheless, what has been evident in this latest wave is that some of the assailants, both male and female, resorted to terrorism out of personal desperation or economic distress. Some of them took kitchen knives and approached soldiers or police officers hoping to be killed.The murder of a British student who was on an exchange program at the Hebrew University of Jerusalem may have some effect on tourism, especially in the capital. Before Passover and Easter, the Shin Bet expressed its concern and issued warnings based on intelligence that the holidays pose a major risk. Indeed, before Passover or Bladon’s murder, there was a relative increase in violence compared to the period before.But according to the Shin Bet, overall the number of Palestinian terrorist attacks in the West Bank, Jerusalem and throughout Israel as a whole has declined in the last few months. The overall estimate by the Shin Bet and the IDF remains the same.Hamas is interested in increasing terrorist attacks in the West Bank and Israel, while it is in the interest of the Palestinian Authority and its security services, which are cooperating with their Israeli counterparts, to restrain violence.Israel is probably not facing a new major wave of terrorism, and the pattern – ups and downs in intensity – will probably continue to repeat itself in the foreseeable future. However, the Palestinian predicament – lack of diplomatic progress, the feeling that the Israeli government is interested only in the status quo, mistrust between the two sides and the loss of hope of achieving a deal, any deal – is not going to fade away. All of these problems are ingredients for perpetuating the patterns of violence and terrorism.