As usual, some of world media has it backwards.

By ARIANE MANDELL
JULY 14, 2017 12:50
Screen cap of AFP/Anadolu
(photo credit: screenshot)
Advertisement
Three terrorists opened fire on a group of policemen at the Temple Mount in Jerusalem’s Old City on Friday morning, killing two and injuring three before the attackers were killed by police, the Israel Police and paramedics said. Of course, this is not always the story being reflected by most of global media. AFP, sourcing from the Turkish Anadolu Agency, reported "Palestinians shot dead by Israeli forces at Al Aqsa Mosque." The text continues: "Israeli forces take security measures at the scene after Israeli police shot three Palestinians who allegedly carried a gun and opened fire before killed by them, [sic] near the Lion's Gate, in Al Aqsa Mosque in Jerusalem."The New York Times avoided their common blunder of posing attackers as victims, but originally went with: "In Jerusalem, Gunmen Stage Brazen Attack Near Temple Mount." 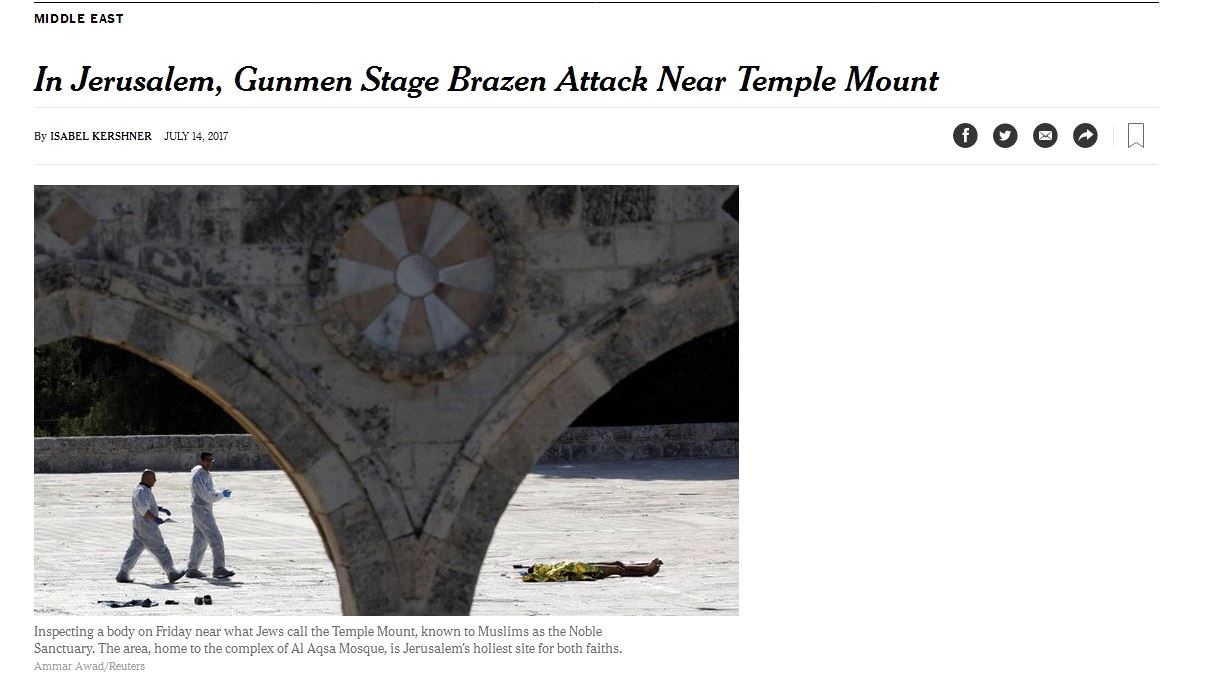 They have since updated the headline to "2 Israeli Police Officers Killed in Attack in Old City of Jerusalem."And, most surprisingly, the BBC's headline was "Israeli police killed in attack near Jerusalem holy site." 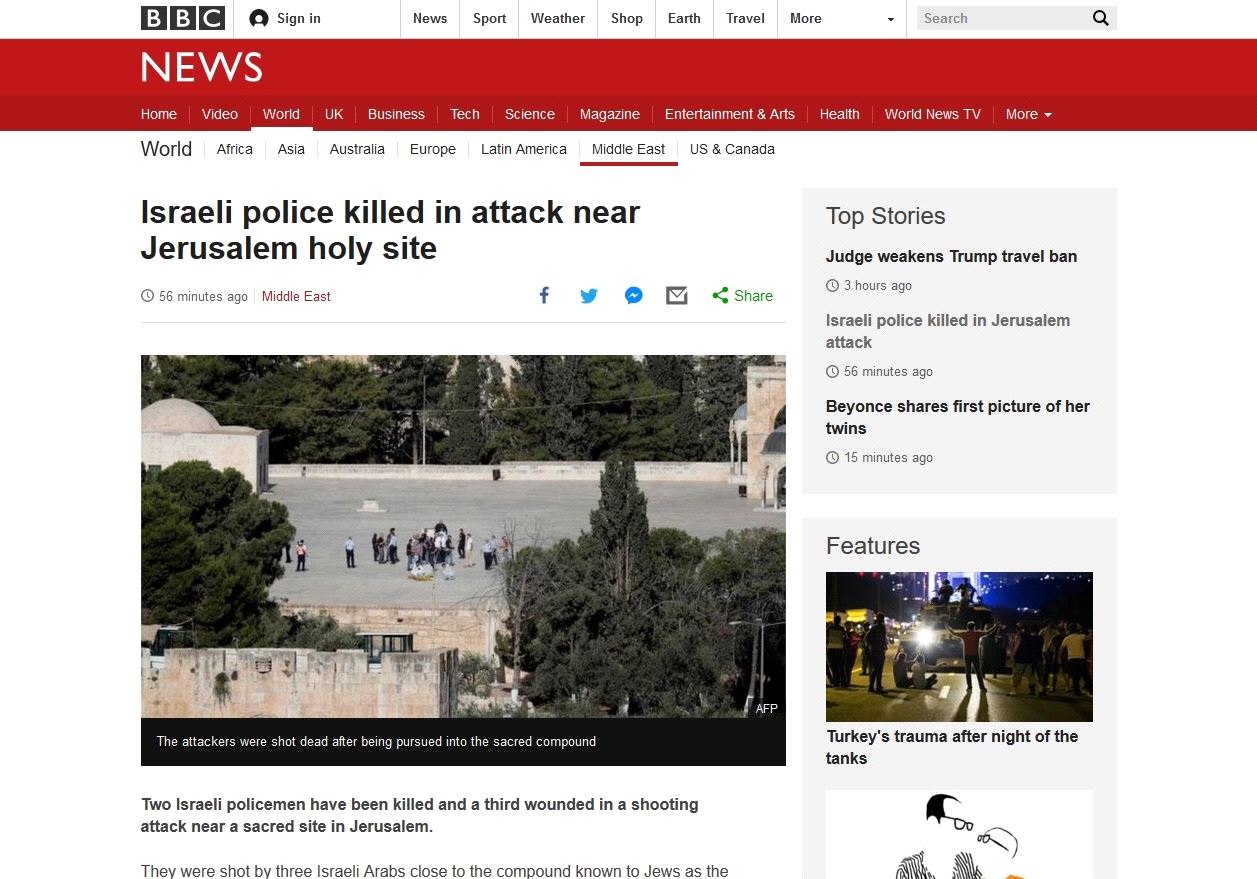 This is a pleasant surprise, considering in June, Prime Minister Benjamin Netanyahu ordered the Ministry of Foreign Affairs to reproach the BBC after the British news channel released what the premier deemed to be a biased report describing a terror attack which resulted in the death of a 23-year-old border policewoman.The original report was titled: "Three Palestinians killed after deadly stabbing in Jerusalem," a headline that omitted the fact that the three perpetrators, who operated in two different scenes, were neutralized after they attempted to assault Israeli policemen and killed Staff Sgt. Maj. Hadas Malka.According to the MFA, prompted by the ministry's request, the BBC changed the headline of the article to "Israeli policewoman stabbed to death in Jerusalem." Joy Bernard contributed to this report.
Advertisement
Subscribe for our daily newsletter