Amos Yadlin pushes back against claims by the former Mossad chief who characterized the delay in identifying the threat as an intelligence failure.

By YONAH JEREMY BOB
MARCH 29, 2018 11:37
Israeli Air Force Commander Major General Norkin on 2007 Attack on Syrian Nuclear Reactor Site (Reuters)
Advertisement
Israel managed to thwart a major threat to its safety by taking out the Syrian nuclear reactor in 2007, before it went “hot,” former IDF intelligence chief Amos Yadlin wrote on Wednesday, rejecting criticism that the IDF had failed by not identifying the threat earlier.In an INSS article that the think tank’s president co-authored with former IDF intelligence officer David Siman-Tov, they deflected criticism last week by former Mossad director Tamir Pardo.Pardo had said that the fact that no part of the Israeli intelligence community had found the Syrian reactor until two years after the facility’s construction was “an echoing failure.”While questions had been asked about the delay in uncovering the program, the overall success had far overshadowed this issue until Pardo placed a distinctive and larger emphasis on it.Some had interpreted Pardo’s comment as criticizing IDF intelligence, though Pardo had clarified that he meant the Mossad was also to blame for the error. Yadlin maintained there was no failure of any kind. 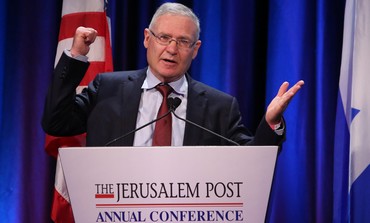 Without explicitly mentioning Pardo, Yadlin pushed back against the critique, saying that finding secret high priority sites, like nuclear sites, is one of the most difficult aspects of intelligence work.He said that finding such sites could not be taken for granted and that since the site was found before it went "hot," or potentially weaponized, then the mere delay in finding it should not be considered an intelligence failure.      Yadlin also looked into the future, arguing that the fact that Israel was blindsided by the Syrian nuclear program should lead to a formal process that would make uncovering such clandestine programs in the region a top priority for all intelligence agencies.The former IDF intelligence chief wrote that this official prioritization should be reflected in redirecting both routine and non-routine resources to this area of intelligence gathering.Looking back, he said that so much of the intelligence community’s resources were being invested in trying to slow down Iran’s nuclear program, that Syria was overlooked and not taken seriously enough.He said that in light of Iran’s nuclear program and other trends, agencies now need to pay closer attention to all potential nuclear states in the region, however unlikely.  Further, he said that lessons could be learned from the Syrian saga for carrying out any potential future strikes on nuclear programs in terms of the public relations of the operation and international reactions to it.