“We always said that BDS was not connected to the Palestinian issue or the settlements but was nothing more than Jew hatred,” spokesman says after music festival drops American Jewish artist. 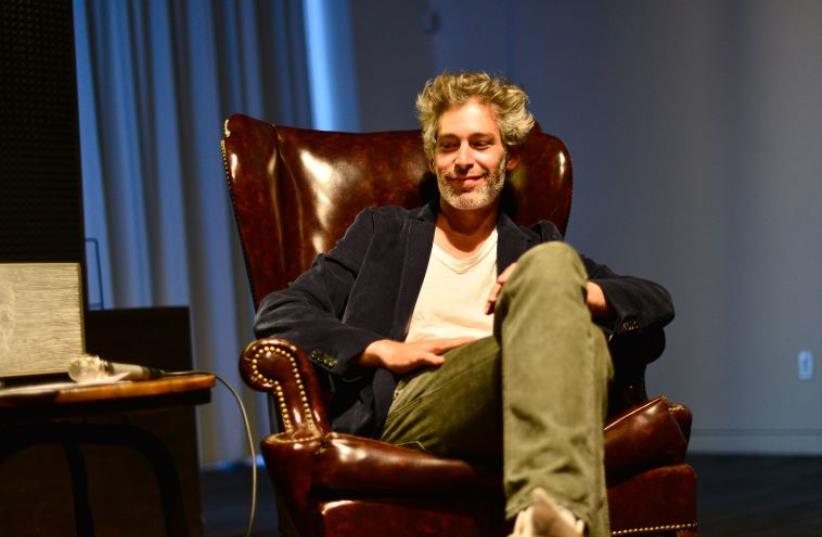 Matisyahu attends Sonos Studio Listening Party at Sonos Studio on May 20, 2014 in Los Angeles, California.
(photo credit: JEROD HARRIS/GETTY IMAGES FOR SONOS/AFP)
Advertisement
If you plan on going to the Sunsplash Rototom Reggae Festival in Spain this week, you better not speak the language of the Hebrewman. If you do, they might kick you out.The festival’s cancellation of a scheduled August 22 appearance by Jewish-American reggae artist Matisyahu – under pressure from Boycott Divestment and Sanctions (BDS) activists – unmasks the anti-Semitic nature of that movement, a Foreign Ministry representative said Sunday.“We always said that BDS was not connected to the Palestinian issue or the settlements but was nothing more than Jew hatred,” spokesman Emmanuel Nahshon said.“And this demonstrates that.”Matisyahu, Nahshon stressed, is not Israeli.The 22-year-old music festival, which was founded in Italy but since 2009 takes place in Benicàssim, north of Valencia, canceled the scheduled appearance of Matisyahu following intense pressure from the BDS movement in Valencia to cancel the performance, saying the once-hassidic rapper has “participated in pro-Zionist festivals and has said that Palestine does not exist.”Last Tuesday, the festival, facing a boycott by five of the 250 artists booked for the weeklong festival, wrote on its Facebook page that they contacted Matisyahu to determine his positions on Zionism and the Israeli-Palestinian conflict, and that the singer said that despite his support for Israel, he has never inserted his political positions into his shows.“We have never invited anyone to the festival who intends to spread hate messages, and this criteria has been used in exactly the same way when inviting Matisyahu here. In light of the controversy, we have contacted Matisyahu to find out his views on the Israel-Palestine conflict and on Zionism,” the organizers wrote.They said Matisyahu made clear that “he has never been a political activist and does not bring his personal views to his performances or song lyrics. The fact that he supports Israel does not in itself mean he backs their policies of violence against the Palestinians, so we did not consider it necessary to exclude him from the festival on these grounds.”By Saturday that all had changed, however, and the festival announced it was dropping Matisyahu from the program because he was unwilling to “clearly speak out against the [2014 Gaza] war and the right of Palestinians to have their own state.”That statement also said the festival has “proven countless times a sensitivity to Palestine, its people and the occupation of its territory by Israel, particularly by holding multiple debates in the [festival’s] Social Forum.”Among the programs it has sponsored over the years, it pointed out, was one last year called “Palestine: the failure of the international community” as well as panels in previous years with Haaretz columnist Amira Hess, representatives of Breaking the Silence, and another in 2011 called “Freedom flotillas from the Marmara to today.”According to the festival’s website, “in addition to promoting a variety of music, throughout our history we have placed particular emphasis on the promotion of the values which make it possible for a society to advance in the most just and fair way possible.From our very beginnings, the culture of peace has always been present in our way of understanding, not just in the festival, but in life in general.”In addition, it said UNESCO has recognized its “efforts in promoting multiculturalism and dialogue as a fundamental tool for the peaceful resolution of conflicts.”Born Matthew Miller, Matisyahu has been the most visibly Jewish artist in the hip-hop world since his debut album Shake Off the Dust... Arise was produced by JDub Records in 2004.Although initially affiliated with the Chabad-Lubavitch movement, the artist later distanced himself from the movement and moved from JDub, which closed its doors this year. He shaved his signature beard and sidelocks and issued a statement saying “no more hassidic reggae superstar.”His appearance in Spain is just one of a number of stops during his current European tour, which also includes stops in Poland, Belgium, Germany, Ukraine and the Czech Republic, before his return for a whirlwind tour of the US.The following lyrics from his 2004 hit “King Without a Crown” will not be heard at the Spanish festival that boasts of promoting peace, harmony and understanding: “Say sometimes the world is dark and I just can’t see / With these, demons surround all around to bring me down to negativity / But I believe, yes I believe, I said I believe / I’ll stand on my own two feet / Won’t be brought down on one knee.”Jerusalem Post staff contributed to this report.