Hezbollah aired the first episode of the series "2006," the Shi'ite terrorist organization's investigative program marking a decade since the Second Lebanon War. 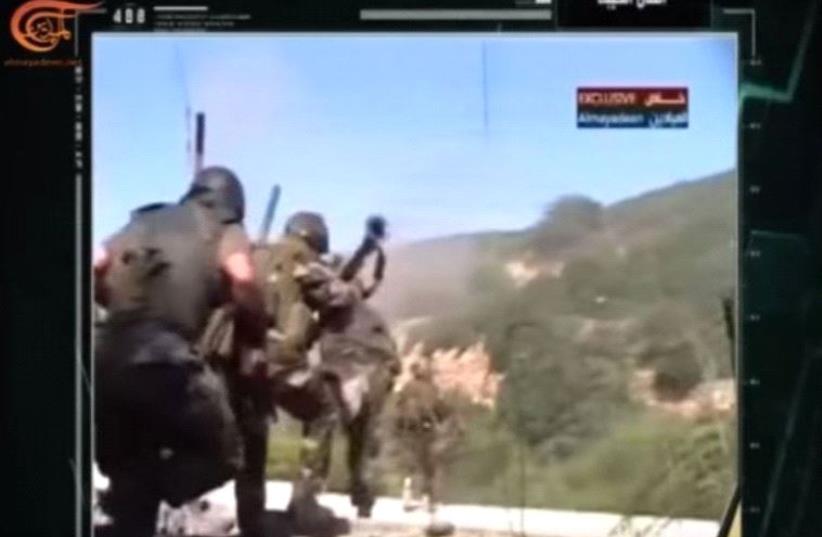 Still from the documentary "2006."
(photo credit: screenshot)
Advertisement
Lebanese TV station Al Mayadeen broadcast on Saturday the first part of the documentary series "2006" on the Second Lebanon War that introduced a new, Lebanese account of the abduction of two IDF soldiers Eldad Regev and Ehud Goldwasser.The initial episode of the three-part series included a conversation about the plans for the kidnapping, and Hezbollah leader Imad Mughniyeh's summary of the event. Mughniyeh has since been assassinated, for which the Shi'ite organization has accused Israel.The first of a three part series, the episode interviewed the only survivor of the incident, Tomer Weinberg, who recalled moments from the abduction.
2006 Documentary
"There was a lot of noise, you could not hear anything." He recounted, when a missile hit his hummer, thinking, "I don't believe this is happening to me.""Unfortunately, I did not turn to look to the other soldiers in the Hummer," he said. "I took my weapon, opened the door and jumped out. I took a sniper bullet in the arm. My arm was almost torn off... I went running toward the place I thought was safe.""2006" began broadcasting on Saturday, 10 years following the Second Lebanon War. The Lebanese filmmakers claimed that they revealed previously undisclosed information. Among other things, the series may shed light on the circumstances of the kidnapping of fallen IDF soldiers Eldad Regev and Ehud Goldwasser, causes of the war, and the 33 days of fighting until the exchange of prisoners between Israel and Hezbollah. The filmmakers said that they worked for eight months in preparation, and the three segments will be themed around battles, politics, and postwar developments.