Middle Israel: What to do about Iran?

The same defensive doctrine that worked well against its Arab enemies should rule Israel’s treatment of its non-Arab enemy. 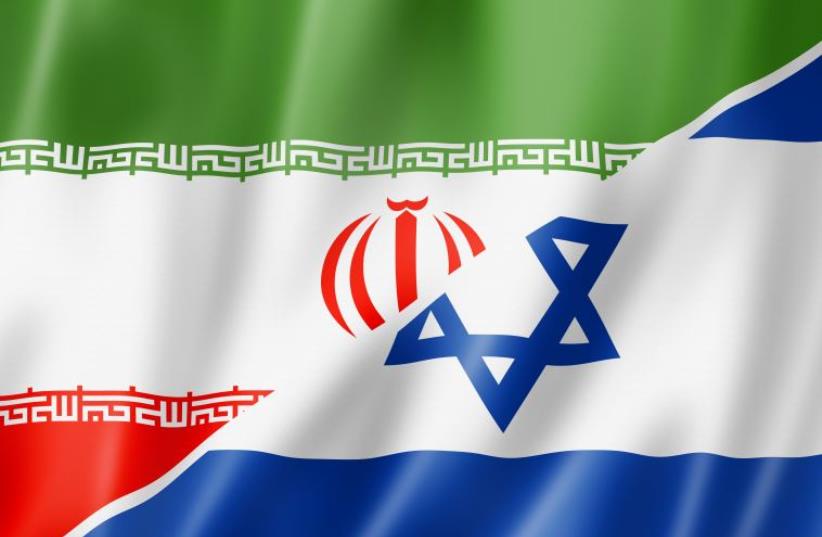 Israel and Iran flags
(photo credit: ING IMAGE/ASAP)
Advertisement
‘No plan survives first contact with the enemy,” cautioned Prussian field marshal Helmuth von Moltke, an observation repeated by Gen. Israel Tal as he briefed IDF Division 84’s officers moments before they charged into the Sinai at the outset of the Six Day War.This dictum now comes to mind again, because “first contact” has just been made between the IDF and Egypt’s successor as Israel’s main enemy – Iran.But what’s the plan? As we face a steadily encroaching Iranian threat, what doctrine should guide us? Since we do not know with certainty that such a doctrine exists, we must propose one, and the first thing we should say about it is that Moltke’s wise insight does not apply to our dilemma, which is not about warfare’s mechanics but about the grand strategy behind it.Moltke concluded from the American Civil War that the railway and the modern rifle stretched the front so dramatically that the high command can no longer fully plan a battle in advance, and must instead let mid-level officers take decisions as situations in the battlefield change.A doctrine, by contrast, regards not situations but the structures beyond them. In the Israeli-Iranian case, this structure has two floors: The top one is today’s Islamist hostility, and the bottom one is yesterday’s, and tomorrow’s, Persian alliance.Our doctrine must therefore confront the top floor without collapsing the ground floor.BEFORE WE explore what this means, we should bear in mind the three doctrines that have shaped Israel’s historic approach to the region it inhabits and to the enemies it has produced.The first doctrine was Ze’ev Jabotinsky’s Iron Wall idea of 1923, which said Arab hostility to Zionism was inevitable; that it had to be confronted by an “iron wall”; and that stubborn military defense will in due course make the Arabs abandon their hostility.This doctrine was initially rejected by the Labor movement, which believed Arab hostility to Zionism was not predestined. However, following the outbreak of the Arab Revolt in 1936, David Ben-Gurion effectively adopted the Iron Wall doctrine, which to this day guides Israel’s handling of the conflict.
Prime Minister David Ben-Gurion declares Israel an independent state in Tel Aviv on May 14, 1948 (Zoltan Kluger)
The Iron Wall is essentially a defensive attitude that sees war as the enemy’s choice, defense as Israel’s imperative, and peace overtures as futile in terms of undoing the enemy’s hostility.This doctrine later developed to a realization that just as Israel cannot undo Palestinian hostility, it also can’t change the broader Mideast, a strategy Israel pursued twice, once militarily and once diplomatically: first, in 1982, when it invaded Lebanon, hoping to strike peace through its Christian allies, and then in 1993, when it set out to integrate the Middle East’s economies through the Oslo Accords.The failure of both efforts, and the Oslo Accords’ violent aftermath, consolidated the Iron Wall doctrine as a pillar of the Israeli consensus. 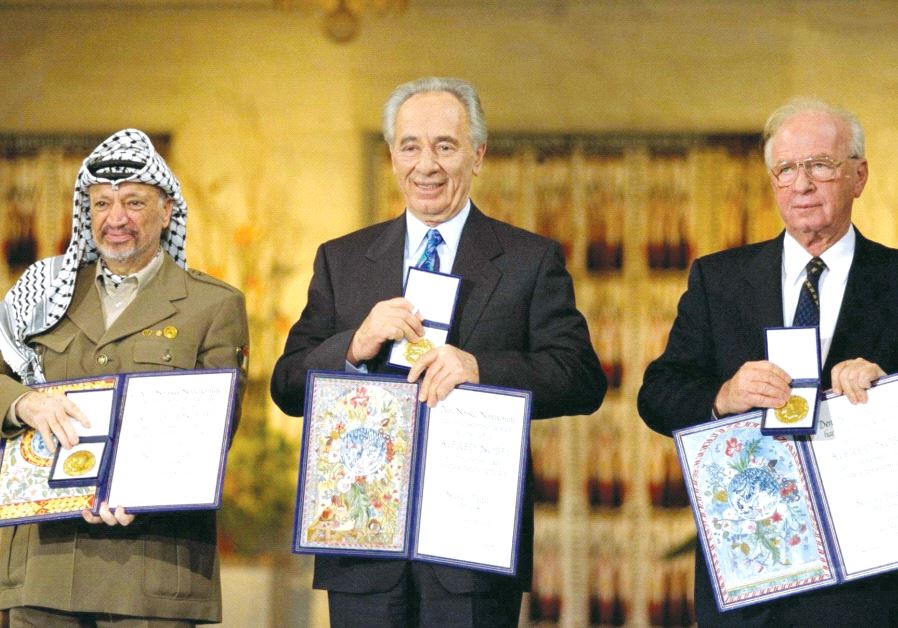 Shimon Peres receives the Nobel Peace Prize in Oslo, Norway, in 1994 alongside Yitzhak Rabin and Yasser Arafat (GPO)
The second doctrine that shaped Israel’s attitude toward its enemies’ war plans was to preempt them. Due to its geographic narrowness and demographic vulnerability, Israel’s aim since the 1950s has been to place the battle in the enemy’s territory by attacking it before it entered Israel, the way Tal and his troops did in June 1967.The third principle, known as the Periphery Doctrine, was formulated by Ben-Gurion in 1958, and sought non-Arab and non-Muslim allies bordering the Arab world. This led to close relations with Turkey, Ethiopia, the Kurds and, most notably, Iran, with which cooperation was elaborate and trade was brisk.How, then, should these three doctrines inspire Israel’s handling of Iran’s accelerating challenge to the Jewish state? THE FIRST thing Israel’s Iran doctrine should state is that Iran’s military presence in Syria is intolerable. Iranian troops have no business camping at Israel’s threshold, and their emergence there has to be assumed as designed to harm us.In line with the Iron Wall thesis, we must assume this clash is not our choice and no negotiation will undo it. The mullahs made their bellicosity plain in word and deed: first in demonizing Israel and denying its right to exist, then by unleashing at our troops Hezbollah’s guerrillas, then by unleashing terrorists at our embassies, and now by planting a war machine at our Syrian doorstep.This is besides the nuclear program whose anti-Israeli purpose any sensible Jew must suspect.The Iran doctrine’s second component, in line with the preemption doctrine, means Iran’s military buildup in Syria should be attacked before it attacks us.The third and last part of the Iran doctrine should limit the targeting to Syria and Lebanon, and avoid an attack in Iran itself.NOW YOU ask: if the ayatollahs can send an armed drone to the Beit She’an Valley, as they did in February, why can’t we do the same in Iran? Well, yes, morally we have every right to do that and more, but strategically that would be foolhardy, because attacking Iran in its own borders would be presented by the mullahs, and accepted by ordinary Iranians, as Israel attacking not their regime but their nation.Yes, the Iranian nuclear program is a major challenge, and it should be attacked, but in subversive rather than military ways, attacks that do not humiliate ordinary Iranians, and do not etch us in the Iranian psyche as an enemy.Provoking the ordinary Iranian’s enmity would undermine Ben-Gurion’s Periphery Doctrine, which rightly marked the Persian nation as Israel’s natural and long-term ally.Some would say that, say, bombing bases between Tehran, Hamadan and Isfahan would once and for all dethrone the mullahs. That would be the same messianic delusion under which we invaded Lebanon, in violation of the Iron Wall doctrine. The price might be far higher. If, at all, there is an external force that can change Iran’s regime, it is not the Jewish state.Conversely, if we limit our targeting to Iran’s Syrian presence, ordinary Iranians will realize that, rather than to attack them, we are out to defend ourselves; defend ourselves from the same funnily elected leaders with which they, even more than we, are long fed up, and which they, not we, will ultimately shed.www.MiddleIsrael.net