The controversial legislation received criticism from a number of MKs. 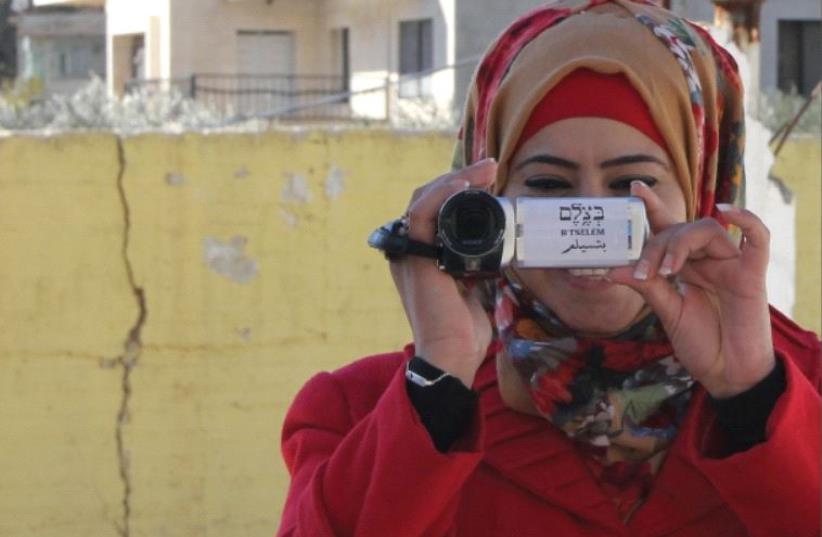 A B’Tselem researcher on the ground in east Jerusalem
(photo credit: B'TSELEM)
Advertisement
A controversial bill that would make it illegal to distribute video or audio footage of IDF soldiers passed its preliminary reading in the Knesset Wednesday by a vote of 45 to 42, and will now go to the Knesset Foreign Affairs and Defense Committee, which will rewrite it.The bill faced criticism in the Knesset plenum from Zionist Union MK Eyal Ben-Reuven, a retired IDF major-general, who said “this bill was apparently written by those who do not know our soldiers and their officers,” and from former IDF spokesman Nachman Shai (Zionist Union), who said the bill is shameful and gives a wrong impression that Israel and the IDF have what to hide.Arab MKs went further, with Esawi Frej (Meretz) calling it “a fig leaf to censor the racism and violence of the occupation,” and Jamal Zahalka (Joint List) calling it “a bill to hide and defend war crimes.”But the bill’s sponsor, Yisrael Beytenu MK Robert Ilatov, said the legislation would stop those who try to harm the soldiers’ morale and prevent them from carrying out their duty.“It is our duty as elected officials to give our soldiers maximum protection from hostile elements, especially on a battleground in which they are exposed and cannot defend themselves,” Ilatov said.The right-wing organization Im Tirtzu claimed credit for the bill, noting that it had presented Yisrael Beytenu leader Avigdor Liberman with a comprehensive report the organization compiled on how the left-wing organization Machsom Watch has harmed the IDF.“Over the past year, Im Tirtzu’s research division has been filming the filmers who use cameras to harass, disrupt and harm IDF soldiers,” said Im Tirtzu CEO Matan Peleg.“The comprehensive information that we compiled and provided to decision-makers illustrates how radical anti-Zionist organizations turn cameras into weapons used to impede the ability of IDF soldiers to carry out their missions. There is a large difference between a reporter covering a story and an activist shoving a camera in a soldier’s face in order to obstruct him, and our report and videos have proven it,” he said.“We welcome the efforts of the government to put an end to this phenomenon that not only risks the lives of IDF soldiers, but of Israel’s citizens as well,” he continued.