Palestinians pan withdrawal of motion to suspend Israel from FIFA 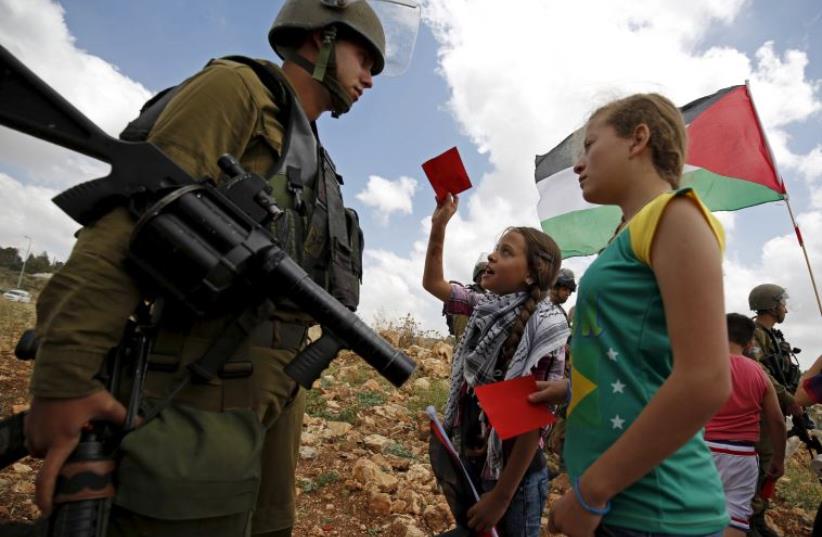 Palestinian girls hold red cards in front of an IDF soldier during a rally near Ramallah in support of a Palestinian move to have Israel suspended from FIFA
(photo credit: REUTERS)
Advertisement
Palestinians criticized the Palestine Football Association (PFA) for dropping its motion on Friday asking for Israel to be suspended by FIFA, while Israelis welcomed the move.In the West Bank city of Ramallah, residents voiced criticism and disappointment after PFA President Jabril Rajoub announced the withdrawal of the bid that would have meant that Israeli teams could not take part in international competitions."The Palestinian BDS (Boycotts, Divestment and Sanctions against Israel) national committee is disappointed that that the entire FIFA congress, including the Palestinian Football Association, have not lived up to their obligations and stated principles. "FIFA and its membership have delayed the suspension of Israel, but they cannot delay the growth of the international boycott of Israel or prevent the continued isolation of Israel," said Zeid Shueidi, an official from the Palestinian BDS national committee."What happened today was a betrayal by the Palestinian leadership for the demands of the Palestinian people and tens of thousands of people around the world who were asking for suspension of Israel until it ended discrimination," he added.Many Palestinian Facebook posts were also bitter, accusing Rajoub's climbdown as "humiliating" and "cowardly."