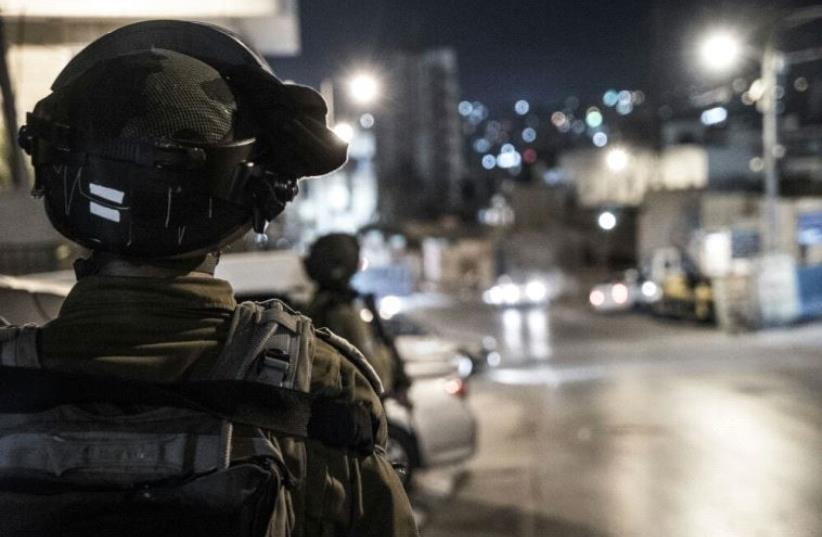 IDF forces in the area around Rachel's Tomb in Bethlehem
(photo credit: IDF SPOKESPERSON'S UNIT)
Advertisement
In preparation for Tisha Be'av prayer services, the IDF and other security forces deployed increased forces in sensitive parts of the West Bank. Security was stepped up at Rachel's Tomb in Bethlehem and historic parts of the Sebastia Village near Nablus.Many worshipers go to ancient holy sites to hold special prayer services on Tisha Be'av, which commemorates the destruction of Judaism's two ancient Jewish Temples.Security has been especially tight at Rachel's Tomb since a pipe bomb was discovered and disarmed nearby on August 7.The IDF also arrested two wanted Palestinians residing in the Gush Etzion bloc of the West Bank overnight between Saturday and Sunday. At the El Aruv refugee camp, Israeli forces arrested a man suspected of involvement in nationalist-motivated terror and public disorder and in Beit Ula they arrested a wanted Hamas agent.