The excavations that led to this discovery began in mid-October. It was also the first major excavation in the area since it was destroyed in 2016 by ISIS, sources said.

Siege scene with two massive L-shaped shields protecting Assyrian soldiers, in a relief from the palace of Tiglath-Pileser III at Nimrud
(photo credit: Courtesy of the British Museum)
Advertisement

An archaeological dig in Nimrud, Iraq revealed an enormous palace door that belonged to the Assyrian King Adad-Nirari III during his rule from 810-783 BCE, The Art Newspaper reported on Wednesday.

The discovery was made by researchers from the University of Pennsylvania, led by archaeologist Michael Danti, who found that the door measured about 6.5 feet (nearly 2 meters), according to ARTnews.

Recent excavations in the area began in mid-October and, according to ARTnews, the project constitutes the largest archaeological excavation carried out in the area since it was destroyed in 2016 by ISIS. However, the area has a long history of archeological research which began in the mid-19th century with British archeologist Austen Henry Layard.

Several slabs were discovered in addition the door, which contained inscribed lists of King Adad-Nirari's ancestors.

What do the archeologists think?

Art Newspaper quoted Danti as saying that the door was possibly uncovered by Layard already and may have been later relocated to the British Museum and then reburied in Iraq. 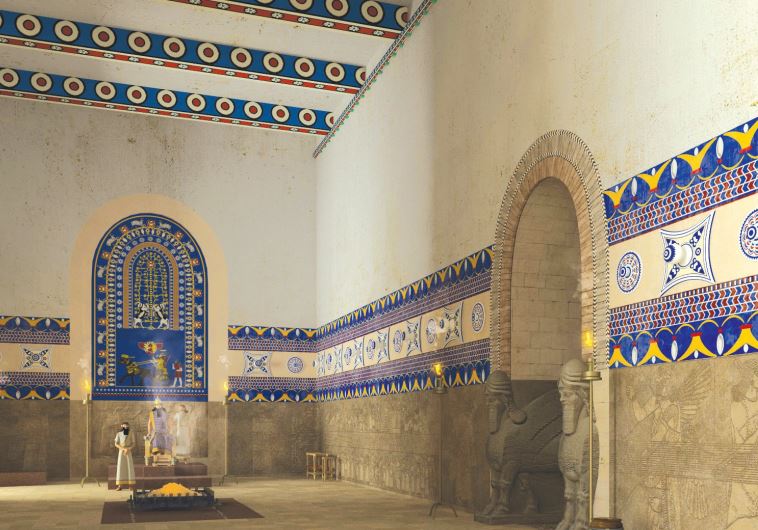 The palace in the ancient Assyrian city of Nimrud (credit: DONALD SANDERS)

The archaeologist explained that he recognized the site in Layard's travelogues when he read them as a student.

Because areas of Nimrud were destroyed by ISIS, the researchers had to navigate multiple layers of destroyed buildings and debris in order to make successful excavations.