The airstrike comes just a day after Syrian state media reported that Israel had fired a number of surface-to-surface missiles from the Golan Heights towards sites in Quneitra near the border. 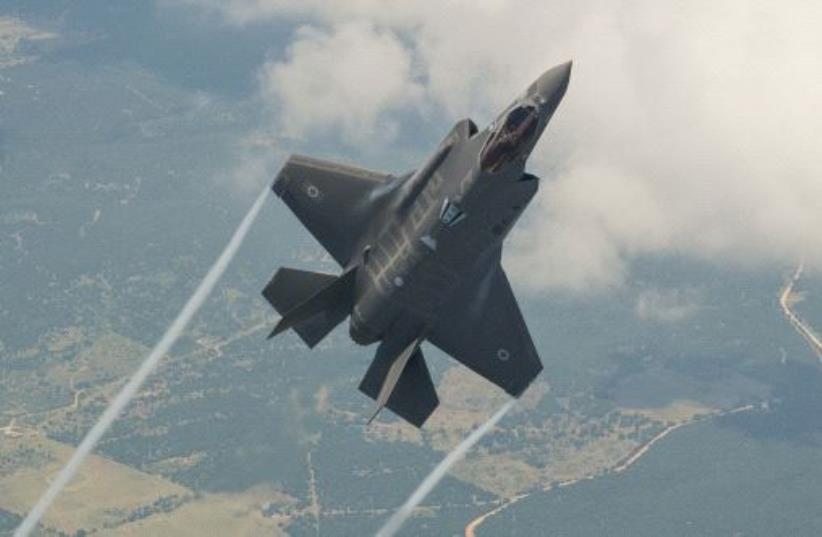 Three Syrian soldiers were killed and material damage was caused by the strikes, according to SANA.

According to the Syrian Capital Voice site, the strikes targeted an air defense battery in al-Kiswah and an Iranian weapons shipment at the Damascus International Airport.

One of the Israeli missiles intercepted by SyAAD as i mentioned. pic.twitter.com/vtxmMqSMfk

A Syrian air defense missile fell on the road leading to the Damascus International Airport, according to the Capital Voice.

The opposition-affiliated Halab Today TV reported that the strike resulted in seven deaths and 12 injuries, as well as significant material damage.

The airstrike comes just a day after Syrian state media reported that Israel had fired a number of surface-to-surface missiles from the Golan Heights towards sites in Quneitra near the border, causing some material damage.

Smoke rises after airstrikes on a rebel-held part of the southern city of Deraa, Syria, June 15, 2017 (illustrative). (credit: REUTERS/ALAA AL-FAQIR)

Last week, a number of sites were targeted by surface-to-surface missiles near Zakyah, south of Damascus. According to the Syrian Capital Voice site, Iranian militias control sites and warehouses at the sites that were targeted.