Rami the rhino is the 29th rhino to be born in the Ramat Gan Safari; both baby and mother are doing well.

White rhino born at Ramat Gan Safari
Advertisement
After delivering her firstborn just a few days ago, a white rhinoceros named Rihanna is adjusting to her role as a new mother in the Ramat Gan Safari’s Zoological Center.Rihanna is happily nursing her son, Rami, who is the 14th white rhino to join the Safari’s herd – the largest in the greater European region. The male calf is the offspring of Rihanna, a 7.5-year old brought to the Safari four years ago from South Africa, and Atari, the site’s dominant male.Just a few days before the birth, zookeepers noticed Rihanna’s udders filling and observed her retreating to more hidden parts of the facility’s Africa Park, a statement from the center said. Then early one morning at the end of January, they arrived to find the new rhino calf. 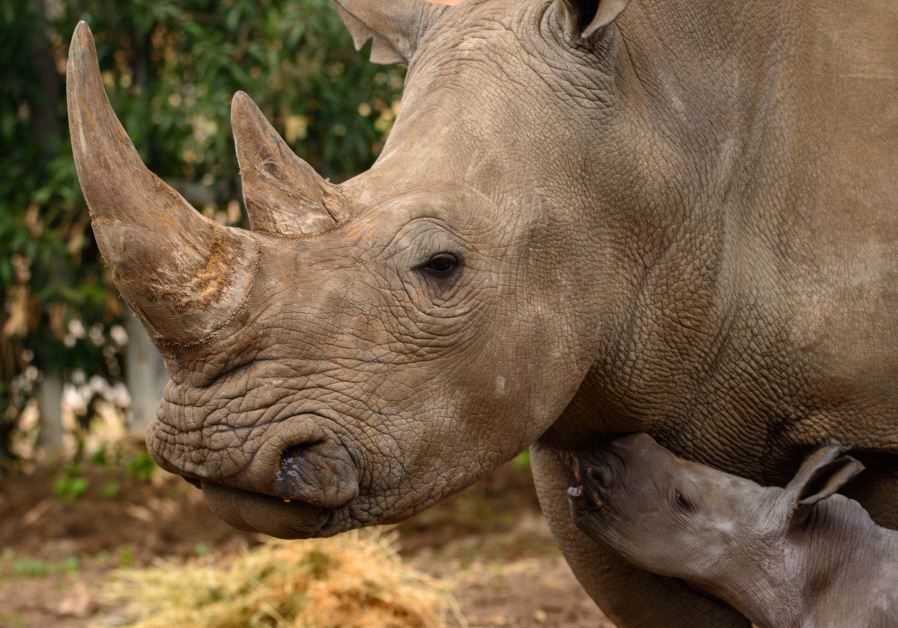 Credit: Elad Herskowitz
“Slowly and carefully they led the mom and baby into the ‘delivery room,’ a separate area in the African Park,” the statement said. “Rihanna is a natural mother; she is nursing and protecting her new son.”The zookeepers chose the name Rami for the newborn, after Rami Tam, who has supervised the African Park for 30 years and recently celebrated his 60th birthday. Rami is the 29th rhino to be born in the Safari.White rhinoceroses (Ceratotherium simum) are the second largest land mammals in the world and are the only rhinos that are not classified as endangered, according to the World Wildlife Fund. Nonetheless, they are considered to be “near threatened,” as they are vulnerable to poachers seeking their horns.Despite the fact that they are not technically endangered, the species is managed by the European Endangered Species Program of the European Association of Zoos and Aquaria – which includes 301 rhinos in 78 zoos, the statement said.