The priest of Midian had the courage to say "I made a mistake." 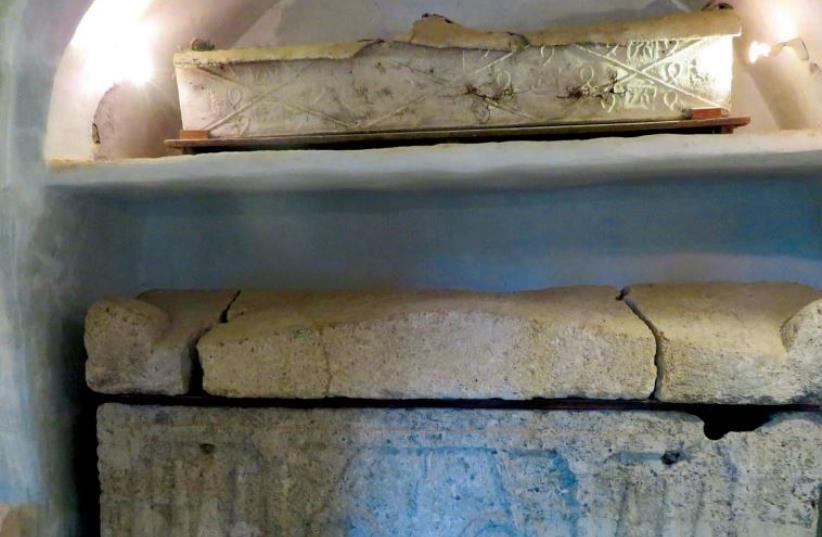 An ancient burial cave in the moshav’s biblical gardens
(photo credit: MEITAL SHARABI)
Advertisement
In this week’s Bible portion (Exodus 18:1-20:22), we learn more about the character of Jethro, Moses’ father-in-law.
Jethro’s first appearance in the Bible came several chapters back in the Book of Exodus, when he graciously takes in Moses after he ran away from pharaoh and Egypt. Similar to the story of Jacob running from Esau, Moses meets Jethro’s daughters at the well. After they bring him home to their father (also known as Reuel), “Moses agrees to stay with the man.” This already establishes the fact that Jethro offered his home to Moses. Also, unlike Jacob’s father-in-law, Laban, the priest of Midian gives his daughter Zipporah in marriage without any hindrances. Jethro also gives Moses a livelihood, tending to his flock in the wilderness. Already it is clear that Jethro, either due to his good-nature or being influenced by Moses – or both – is one of the Bible’s best examples of a father-in-law. Yet in this week’s portion, Jethro leaps a step forward in his faith and his good character. While other nations, following the lead of Amalek, refused to accept the miracles God performed during the Israelites’ exodus from Egypt, Jethro has a change in heart: “Jethro was delighted to hear about all the good things the Lord had done for Israel in rescuing them from the hand of the Egyptians.... Now I know that the Lord is greater than all other gods, for he did this to those who had treated Israel arrogantly.” (18:9-11)Jethro is by no means the first convert in the Bible, that title belongs to Abraham. Jethro’s conversion is a courageous one, however, specifically due to his stature of being a leader and a priest, one that tried every idol and every god that existed on the planet, the midrash says. (Jethro could only have said “greater than all other gods” if he had actually tried worshiping all other gods.)Upon hearing who the true God is, Jethro throws away everything that he had once known and once thought was the truth. His U-turn would be the equivalent of a presidential candidate saying during a nationally televised debate, “I made a mistake. What I believe in and what I made you believe in is not true.” How many presidents, prime ministers or other leaders would be willing to say such a sentence, to admit that they made a mistake, it might not have been their fault, but regardless, they need to change their ways. It is hard to imagine how much courage it takes to take such an action.Jethro was big – but he knew that there was someone a lot bigger than him, and that’s all that mattered.To learn more about the Bible and the Jewish roots of Jesus, check us out at @christian_jpost, on Facebook.com/jpostchristianworld/ and see the best of the Holy Land in The Jerusalem Post - Christian Edition monthly magazine.sign up to our newsletter