Jose Tomas Zambrano says Honduras could move its embassy back to Tel Aviv.

Israel is at risk of Honduras moving its embassy from Jerusalem back to Tel Aviv, according to Honduras Congressional Representative Jose Tomas Zambrano.

“There is a new government in Honduras, and it is going to evaluate if it was worth moving the embassy,” Zambrano, who was in Israel this week on an Israel Allies Foundation mission, told The Jerusalem Post.

He said that the country’s new president, Xiomara Castro of the left-wing Liberty and Refoundation (Libre) party, is less supportive of the move than her predecessor Juan Orlando Hernández, a member of the conservative National Party.

“We will continue to fight for it,” he said. “But it is at real risk.” 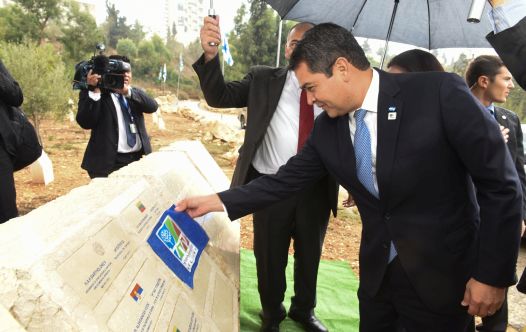 Honduras moved its embassy to Jerusalem in June 2021, following the United States, Guatemala and Kosovo. It took more than three years for the move to happen, from the time Zambrano’s motion to move the embassy passed in April 2018, until it was approved by the executive branch and then relocated.

“It was not easy,” Zambrano said of getting the move approved, “but we did it, in spite of the fact the several strong economic groups in Honduras are of Palestinian origin.”

Zambrano said that his party and other supportive members of Congress were able to get it done because of the potential for economic collaboration between Israel and Honduras and “it is a godly thing that would bring blessing to our country. Honduras is a highly Christian country – Catholics and Evangelicals – and the two churches backed our resolution.”

He said that Israel and Honduras are talking about many types of collaboration in the fields of education and technology, for example, but there is “nothing to show yet.”

Zambrano recommended that Israel take steps, perhaps through its ambassador, to get closer to the new government and make sure that the cooperation that was discussed comes to fruition.