Liberman: US has no right to tell Israel to investigate deaths of Palestinians 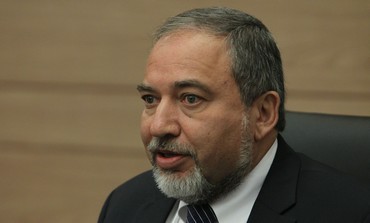 Foreign Minister Avigdor Liberman attacked the “hypocrisy” in the American and European request for a thorough investigation into the killings of two Palestinian teenagers, allegedly by the IDF, during the May 15 Nakba Day riots by Ofer Prison near Ramallah.“We don’t need an American request to investigate the subject,” Liberman said on Wednesday during a visit to Ariel University in the West Bank.“I reject any request and the hypocrisy we see worldwide,” he said.The Palestinians and a number of nongovernmental groups have charged that the IDF killed the two 17-yearolds by shooting them with live ammunition during a calm moment in an otherwise violent event.The IDF has denied the charge and insisted that it only used rubber bullets during the riot.The Military Police is conducting a limited investigation into the incident, but has not published any conclusions.The story returned to the headlines Tuesday after the Palestinian branch of the Defense for Children International NGO and B’Tselem – The Israel Information Center video footage that showed the teens as they were shot.In response to a reporter’s question about the incident in Washington, US State Department spokeswoman Jen Psaki said that the United States expected Israel to conduct a prompt and transparent investigation.The European Union missions in Ramallah and Jerusalem also spoke of the need for a more thorough investigation and denounced the use of lethal force.“We reiterate the need for security forces, whether Israeli or Palestinian, to refrain from the use of lethal force, except in cases where there is a real and imminent threat to life,” the missions said.Liberman said in response that “the IDF is the most moral military in the world, and the IDF is checking its actions continually.“I am saddened that these demands don’t come up in other cases. In Syria around 170,000 people were killed and I didn’t see any act or request from the international community to investigate those killings.“Hamas executed two men in the Gaza Strip after accusing them of spying for Israel, without a lawyer or a fair trial. I didn’t see any request to investigate that,” he said.“We will inquire this event do to our obligation to the moral code of the IDF,” Liberman said.“Furthermore, the video that was circulated was not published immediately, but after several days, and that raises some suspicions” he said.The IDF has attacked the authenticity of the video footage published, including that from B’Tselem.The NGO had taken footage from security cameras used by store owners on the street where the teens were shot and produced two short videos that showed the moments of their death.It said that it had 12 hours of footage from the incident that is available to those who are interested.B’Tselem spokeswoman Sarit Michaeli said the IDF has obtained the same footage from the Palestinians.On Wednesday Psaki assured Israel that the US has a “deep respect for the Israeli army’s moral code” and respects its investigatory efforts.“They [Israel] are in the lead, they should be in the lead and we support those efforts,” Psaki told reporters in Washington.