The director of the campus Hillel organization Erez Cohen said the incident was part of a nationwide campaign against Jews. 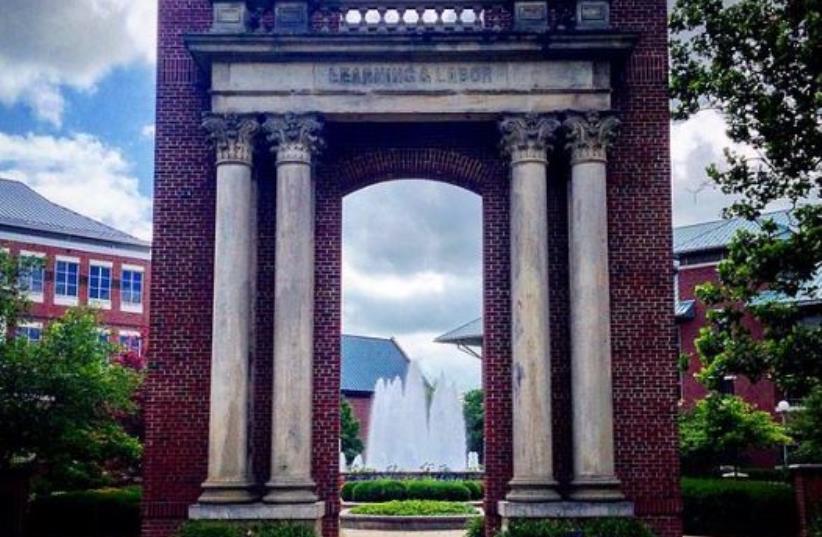 Flyers were found at the University of Illinois Urbana-Champaign campus claiming to be from the Ku Klux Klan, the school's newspaper The Daily Illini reported last Thursday.

In an official letter to students and faculty, the university's chancellor Robert J. Jones said: "This round of messages uses references to the Ku Klux Klan to bring hateful and threatening attacks against people of color in our community.

"This invocation of an organization that is synonymous with white supremacy, hatred and racially motivated death and violence is a singularly unsettling and unacceptable demonstration of racism and bigotry," he added.

Jones noted that this was the second time in the past few weeks he has had to condemn such actions.

The poster, likening Zionism to Nazism, was found on campus at the University of Illinois at Urbana-Champaign. (credit: EVA ZELTSER)

Erez Cohen, the director of the campus Hillel organization, said the incident was part of a nationwide campaign against Jews.

He added that any Jewish or non-Jewish students who felt unsafe were welcome to come to the campus Hillel for support.

The Daily Illini had reported a similar incident in February. Flyers were found blaming Jews for the COVID-19 pandemic and associating leaders in the fight against the pandemic with Judaism.

One student told the newspaper that they felt the school has not done enough to combat such incidents, saying that although the school shows students anti-racism videos, "nobody takes them seriously."