The award was previously given to the prime minister of Australia, the president of Uruguay, presidents of supreme courts and more.

The Jerusalem Prize, given annually to a leading public figure who supports Israel, was awarded to Danish MP Lars Aslan Rasmussen on Saturday.

Aslan Rasmussen is a member of the ruling Social Democrats Party and Denmark’s representative in European Parliament human-rights committees.

The award was given to him at an event in Copenhagen by Gusti Joshua Braverman, head of the WZO’s Department for Organization and Liaison with Israelis in the Diaspora. It was attended by Israeli Ambassador to Denmark David Akov, Zionist Federation of Denmark chairman Max Meyer, the chairman of the Jewish community of Denmark, some of the country’s Jewish politicians and heads of Jewish organizations.

“I have always believed that Jews, like all other peoples, have a right to their state,” Aslan Rasmussen told The Jerusalem Post. “When you are Kurdish yourself, you especially understand the desire not to always be in the minority and be oppressed.”

Aslan Rasmussen is considered to be one of the rising stars in Danish politics. He is the son of an immigrant who grew up in one of Copenhagen’s immigrant neighborhoods. His mother grew up in Denmark; his father, a Kurd of Turkish descent, came to the country as a migrant worker. 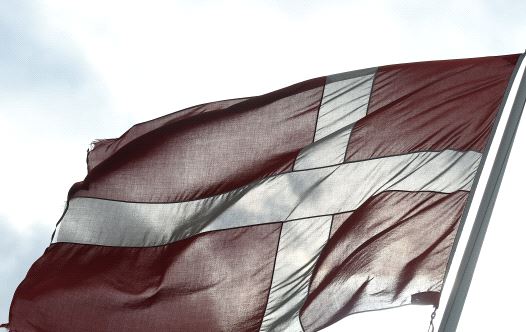 The flag of Denmark (credit: REUTERS)

Although he grew up in immigrant neighborhoods, many of whose residents are from the Middle East and have a hostile opinion of Israel, Aslan Rasmussen is one of the country’s most prominent members of Parliament who support Israel.

His grandfather on his mother’s side was an underground partisan against the Nazis in World War II and saved many Jews during the Holocaust. From an early age, Aslan Rasmussen was educated to support Israel and the Jewish state.

His support for Israel led to many threats on his life throughout the years, especially during tense periods when there were fighting operations and wars in the Jewish state.

“There are all sorts of threats on social media, people calling or sometimes yelling at me,” he said. “Typically, I am spoken to as a Jew, and they say they will kill me.”

“Many people prefer to ignore reality and not see antisemitism in Danish society, especially when it comes from immigrants,” Aslan Rasmussen said. “Since I come from immigrant neighborhoods, and my father comes from Turkey, many people see me as a traitor, and I receive many threats and insults due to my support for Israel.”

Aslan Rasmussen was selected to receive the award on the recommendation of the local Zionist Federation, which submitted it to the WZO.

“MP Aslan Rasmussen shows public courage and political leadership in his steadfast stand with the Jewish community in Denmark,” Braverman said, adding that he “is now part of a long list of leaders around the world who have been awarded this prestigious prize.”

Regarding the current relationship between Denmark and Israel, Aslan Rasmussen said he “would think that it is good. More and more people are realizing that Israel has many things to offer and is the only democratic country in the Middle East.”