Building Israel-Diaspora bridges, one summer camp at a time

“Sometimes when someone from the outside tells you that you are important, it is even more meaningful than when it comes from inside your family." 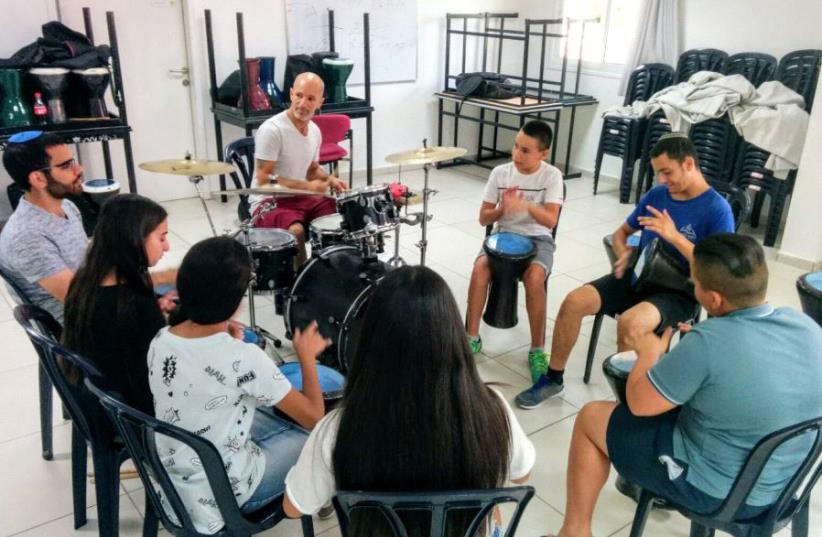 Participants at the Counterpoint summer camp in Dimona, July 2017.
(photo credit: YESHIVA UNIVERSITY)
Advertisement
“Sometimes leadership from the outside can impact a community in a distinct way,” says Shlomo Anapolle, the head counselor of the Counterpoint summer camp in Dimona, which is run by American students from New York’s Yeshiva University.Anapolle explained to The Jerusalem Post on Sunday why students from the US, Canada and Chile travel thousands of miles every year to run summer and winter camps for Israeli children and teenagers in the peripheral towns of Dimona, Arad and Kiryat Malachi.He says that these students have traveled so far to invest their time in these youths sends an important message: “Sometimes when someone from the outside tells you that you are important, it is even more meaningful than when it comes from inside your family.”Eighty-five local children between the ages of 12-16 are attending the camp in Dimona, of a total 200 Israelis from varied socioeconomic backgrounds who are attending the three camps, led by 30 Yeshiva University students.Many of the children are underprivileged and at-risk.Anapolle is talking to the Post during a break between English classes and the recreational activities that follow.The participants can choose between cooking, dance, goblet drum darbuka, sports and art. During these activities the children work toward a performance which they will all put on for their parents at the conclusion of the camp.He explains that the camp’s model is based on a study by Howard Gardner of Harvard, which emphasizes different strengths of intelligences and different learning styles.Counterpoint camps allow students’ various strengths to flourish by offering a wide range of activities and adapting teaching methods according to each group’s receptiveness.A study conducted in 2012 by Research Success Technologies for Yeshiva University found that campers gained confidence speaking English, developed meaningful relationships with their counselors, and bolstered their self-confidence and sense of empowerment. The camp also provides the youths with a constructive setting with which to fill a significant portion of their two-month-long summer holiday, in towns where there are no other alternatives of this kind and little to do to fill their time.The camp is a way to keep the children out of trouble during a long stint in which they may resort to problematic behavior out of boredom.“If I wasn’t here I would just be at home getting bored,” Eliya Cohen, 16, tells the Post.“The holiday is boring otherwise,” agrees Ori Shem Tov, 14.“Every minute there is something to do here. The camp really helped me with my English and I made a load of friends here. We do tons of stuff. It’s just really fun,” Cohen gushes. She has made leaps and bounds in her English skills through the camp, and proudly tells the Post that she is now taking the highest level of English at school. She not only practices her English with the counselors, but also with her friends at camp.Brothers Nevo and Ran Lugasi moved to Israel from the US when they were young, and like the connection to the US that the leaders bring with them. “I like the American culture. It’s different,” says Nevo.The counselors stress that the benefits are two-way, and they learn a lot from immersing themselves in Israeli culture through the camp.“They’re also teaching us a lot,” says Jordana Maged, 20, from Toronto. She says that rather than just visiting tourist attractions like so many other Israeli programs do, they have the opportunity to get a true experience of Israeli society. “This is really bridging the gap,” she says. “They also feel empowered that they are helping us,” she adds, noting that the language exchange works both ways.“They tells us that they look forward to this camp all year which is really empowering to know – in making their summer, they don’t realize that they are also making ours,” she adds, noting that she had been touched by campers who have referred to her as their “sister.”This year there are two Israeli counselors working together with the foreign ones in Dimona, both former participants of the camp.Ayala Dahan, 16, is one of them. She attended the came as a participant for four years running. “The whole environment is so nice and welcoming,” she reflects. When she started the camp, she said her English was “OK.” Now, she stands at the front of the class teaching the language to other Israelis alongside her American counterparts. “I feel blessed,” Dahan says.A couple of the campers say that they too wish to be counselors in the future. 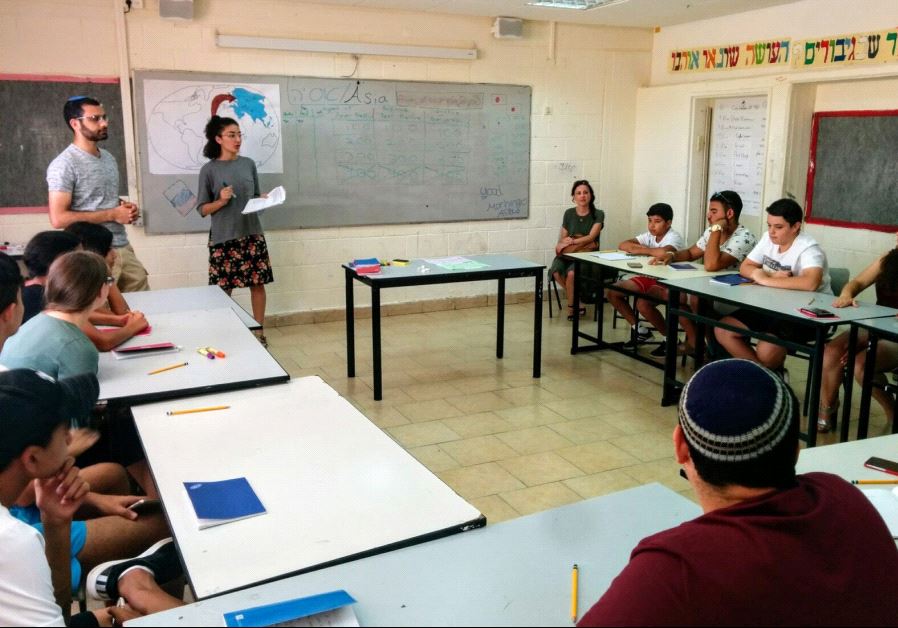 Participants at the Counterpoint summer camp in Dimona, July 2017. (Yeshiva University)
“Counterpoint’s guiding principle is that we are one people with one heart. On a daily basis, our students lead the charge to break down the barriers that divide Diaspora and Israeli Jewry, spending their summers learning from the families in Israel’s south while simultaneously enriching the lives of youth at risk,” says Rabbi Kenneth Brander, YU’s vice president for University and Community Life and the founder of Counterpoint Israel.Counterpoint was launched in 1974 as “Torah Leadership Seminar,” an informal educational program for Jewish youths in Australia. The Counterpoint formula has since been replicated in South Africa, South America, Turkey and Canada, but for the last 12 years the program has been run exclusively in Israel. Religious education is not an aspect of the current program, though Anapolle notes that it is one of the by-products.For the first time in Counterpoint’s history, this year all of the campers will receive educational credit for their participation in the program, as the Israeli Ministry of Education recently approved the framework as an official continuing educational program.“After more than a decade of running successful summer camps, the Ministries of Education and Welfare have officially recognized our program as a direct continuation of the school year, in all three cities.This accreditation speaks to the high academic standards under which Counterpoint is developed and run. Additionally, it illustrates the program’s impact on the lives of the hundreds of students participating in our programs, as well as the overall need for more summer experiences that enhance the academic skills and buoy the self-worth of the young residents of Israeli development towns,” remarked Rabbi Brander.In addition to educational excursions and leadership workshops in locations around the country, each group of campers take part in historical tours in the Old City’s Jewish Quarter, the City of David, and the Western Wall promenade in honor of Jerusalem’s 50th anniversary of its reunification.Counterpoint Israel 2017 is run with support from The Jewish Agency, the Municipalities of Arad, Dimona and Kiryat Malachi and several private donors.