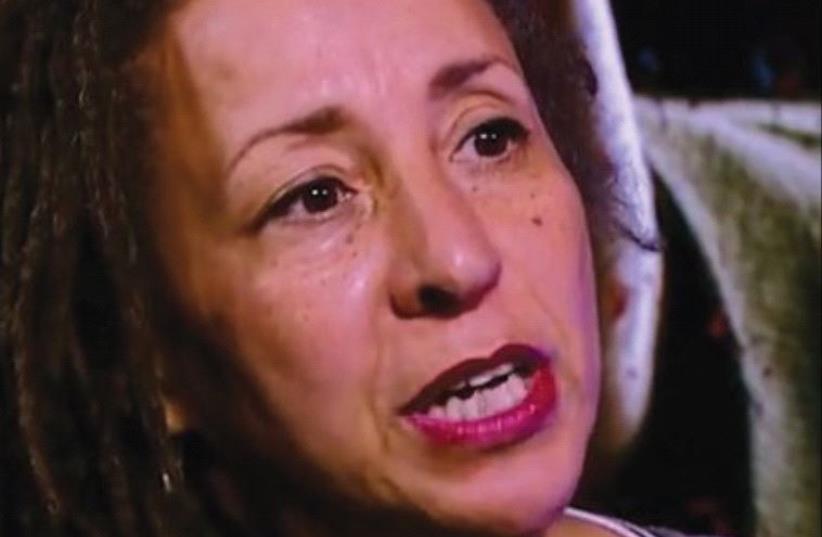 Janice Walker.
(photo credit: YOUTUBE)
Advertisement
A crowdfunding campaign launched by British Labour activist Jackie Walker this week over her May suspension from the party for alleged antisemitism has swiftly gained support. Walker, the former vice-chairwoman of the grassroots support group Momentum, argues she was suspended amid “what appears to have been a breach of Data Protection law” by Labour secretary Iain McNicol, and she is thus raising money to fund a lawsuit against him.With 28 days left to go of her campaign, as of Wednesday Walker had already raised over £8,000 pounds of her £10,000 pound target.Labour suspended Walker twice, in May and again in October. Her recent suspension came after leaked footage from a training event on antisemitism in Liverpool showed her making controversial remarks, including criticism of Holocaust Memorial Day for not marking other genocides. Walker also said she had not found a definition of antisemitism she could “work with” and questioned the need for security at Jewish schools.The comments also led to her dismissal as vice-chair of the hard-left Momentum political group. Her earlier suspension from Labour was triggered by her claims that Jews were “chief financiers of the sugar and slave trade.” After her first suspension in May, she was reinstated that same month at the conclusion of a Labour Party investigation that cleared her of antisemitism.Walker’s accusation of breach of data on the part of McNicol is based on her claim that the latter briefed “a major community media publication or other parties” before informing her of her suspension from the party. The publication she was referring to is apparently The Jewish Chronicle, which quoted her in June as saying at a meeting in Brighton: “Look at the date of the Jewish Chronicle when that came out. I was actually in Turkey. My letter suspending me was actually dated 4 May. The Jewish Chronicle published the story about me on 4 May.”Walker says that since she was abroad at that time, it makes it easier for her to prove the breach, which she says could be one of many. Walker is represented by solicitor Martin Howe, who stated: “Jackie Walker has faced a barrage of hurtful, threatening and nasty abuse since the private details of her investigation by the Labour Party over alleged antisemitism was leaked to the press before even she knew of her suspension by the party.”He added that the alleged breach of her private data has had “a devastating impact on her public and private well-being and has led directly to her being prejudged and unfairly cast as a racist before she was given any opportunity to tell her side of the story. Data protection laws are there to protect all of us and any breach is a very serious matter.”Walker describes herself as a “lifelong anti-racist campaigner and socialist, a supporter of the rights of Palestinians” who has worked with disadvantaged families and communities nationally and internationally.She makes note of her Jewish heritage, as well as that of her partner, and says that as a Jew, she found her suspension for alleged antisemitism to be “heartbreaking.”The Labour Party declined to comment on the matter.