Murderer of historian of Czech Jewry goes on trial

Suspect arrested this February after a nearly year-long manhunt. 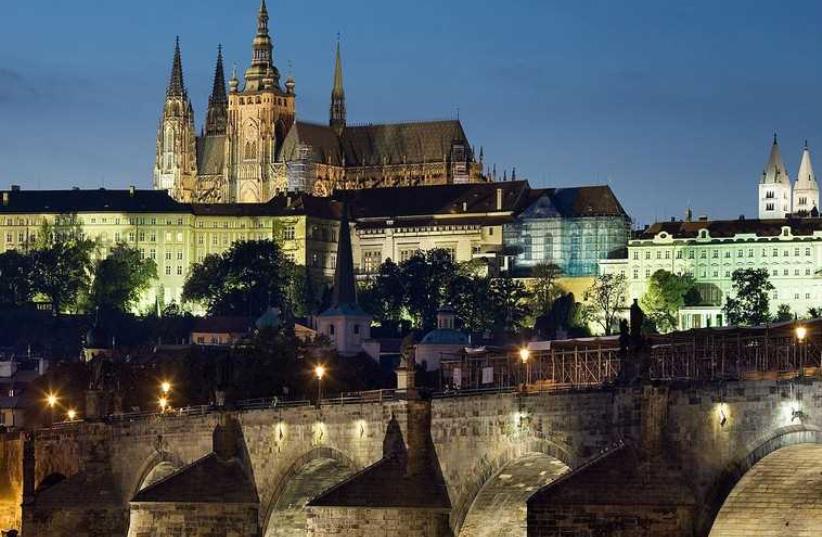 Prague Castle
(photo credit: JORGE RYAN, WIKIMEDIA COMMONS)
Advertisement
The trial of Dalibor Škopán, a Czech man accused of murdering Jirí Fiedler, his country’s leading scholar of Jewish history, began in Prague on Tuesday.Fiedler’s body was found alongside that of his wife, Dagmar, in their Prague apartment in March 2014.Fiedler, 78, who was not Jewish, began documenting Jewish heritage sites in what is now the Czech Republic in the 1970s, riding his bicycle to remote towns and villages to photo - graph and describe abandoned Jewish cemeteries, former synagogues, rabbis’ homes, Jewish schools, and other sites that stood in ruins or were converted for other use.His work aroused the suspicion of the authorities, and more than once he was called in by the secret police because of his activities. Only after the fall of communism could Fielder publish his 1992 book Jewish Sites of Bohemia and Moravia . His work was transferred to an electronic database of Jewish heritage in the Czech Republic that is constantly updated.Škopán, 29, was reported to have confessed to the murders almost immediately, following his February 2015 arrest after a nearly yearlong manhunt.According to the popular Czech news site novinky.cz, Škopán connected with the researcher by expressing an interest in Jewish history and was planning on asking for financial help on the visit during which the murders took place.During a discussion of Ukrainian synagogues, Škopán said he left to relieve himself before returning with a kitchen knife. After the murders, he stole some of the couple’s jewelry and books, the website reported, adding that he had subsequently expressed interest in making a pilgrimage to Rome to seek absolution from the pope.“We are feeling [Fiedler’s] loss very painfully to this day,” Tomas Kraus, the executive director of the Federation of Jewish Communities in the Czech Republic told The Jerusalem Post .“When he tragically died – and the circumstances are beyond our comprehension – he left a huge gap in our knowledge of Jewish history in our country which will be very difficult to fill. We can only appreciate that his work for the Jewish Museum in Prague and for the Czech Jewish community at large in these past years of freedom, since the 90s enabled us to benefit from his deep, wide and profound experience. Needless to say that we are missing him as a friend, colleague, decent scholar and a warm human being. The trial of his murderer will not change our sadness.”