A Daily Stormer columnist writes that Tzipi Hotovely exposed an "inconvenient fact" that Israelis and American Jews don't want the public to talk about. 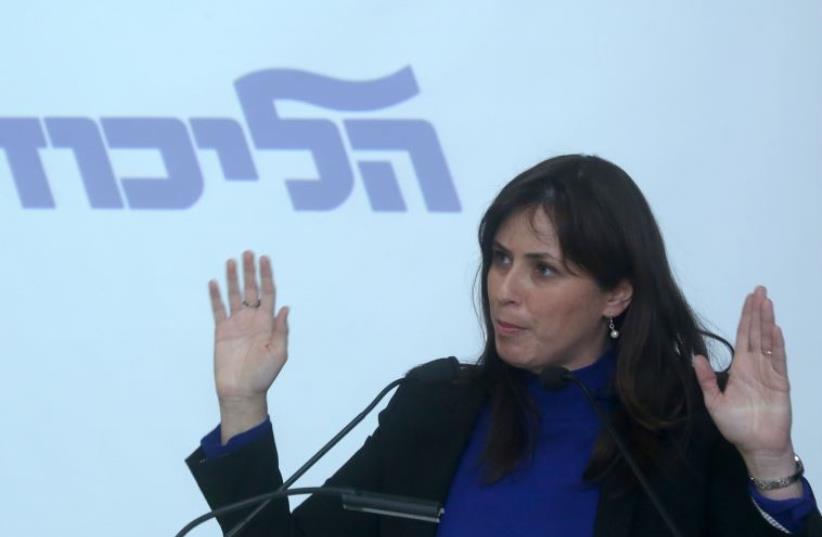 Tzipi Hotovely
(photo credit: MARC ISRAEL SELLEM/THE JERUSALEM POST)
Advertisement
Deputy Foreign Minister Tzipi Hotovely may have been sharply rebuked by Israeli and Jewish world officials last week for her now-infamous statements disparaging American Jews for “failing to serve in the military,” but her words did win her some fans.The neo-Nazi website The Daily Stormer on Thursday featured a column by Lee Rogers applauding the Israeli politician for “admitting” to a fact that has long been a stereotype touted by the extreme Right.“An Israeli diplomat just admitted a very inconvenient fact,” he wrote on the site. “Few Jews living in the United States have ever served in the American military. Considering that America has been fighting all sorts of insane wars for Jews and Israel, this is not something they want people talking about.”“It’s not a surprise to see how Netanyahu quickly distanced Israel away from these remarks. The last thing the Jews want are the American people waking up to the fact that they’re fighting wars for them even though few Jews serve themselves,” Rogers wrote.He ended by stating, “America should end any and all support to Israel immediately.”In an interview with the i24News television channel last week, Hotovely responded to a question about bridging ties between Israelis and American Jews by saying American Jews were “People that never send their children to fight for their country. Most of the Jews don’t have children serving as soldiers, going to the Marines, going to Afghanistan, going to Iraq. Most of them are having quite convenient lives. They don’t feel how it feels like to be attacked by rockets. And I think part of it is to actually experience what Israel is dealing with on a daily basis.”
Hotovely: US Jews lead ‘convenient’ lives, don’t serve in the military (i24 News)
This is not the first time The Daily Stormer, whose name was borrowed from the Nazi Party’s tabloid newspaper Der Stürmer, has praised prominent Israelis for their apparent support of the website’s positions.In September, Andrew Anglin, the founder and editor of the website, wrote favorably of Yair Netanyahu, the prime minister’s son, after Netanyahu posted an Internet meme that combined classic antisemitic imagery with his own criticism of left-wing activists in Israel.In a post titled “Netanyahu’s Son Posts Awesome Meme Blaming the Jews for Bringing Down His Jew Father,” Anglin referred to the young Netanyahu as “a total bro” and added, “Next he’s going call for gassings.”Since being booted from the Internet by service providers GoDaddy, Google, and a domain in Russia for its racist content, the Daily Stormer is now being hosted on a Honk Kong-affiliated server. The site is continuously under attack by hackers who oppose its neo-Nazi agenda.