Pieces of matza wrapped in copies of Pravda

An eye-opening trip to the Soviet Union more than 50 years ago was a life-changing experience. 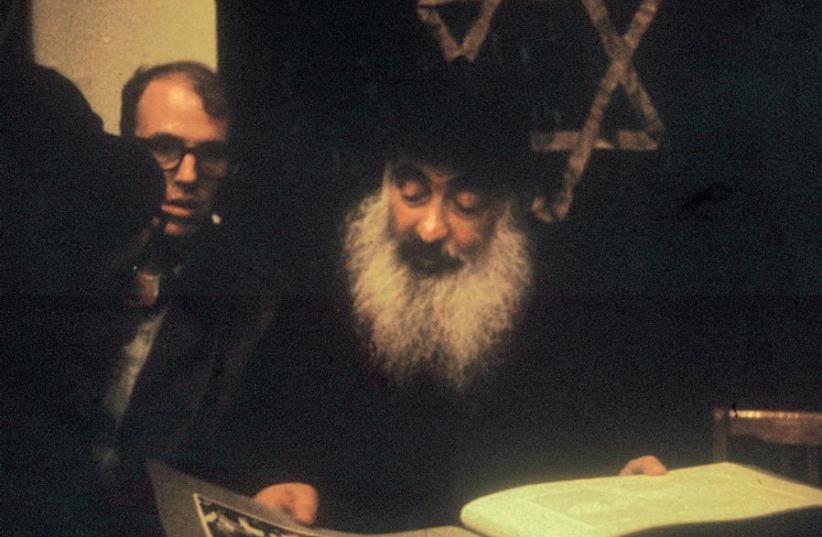 JONATHAN PORATH (left) meeting with Rabbi Yehuda Levin, Chief Rabbi of Moscow’s Archipova Street Synagogue in 1970.
(photo credit: Courtesy)
Advertisement
My first trip to the Soviet Union was full of unexpected surprises.It was March 1965. I was a student at Brandeis University spending my junior year at the Hebrew University in Jerusalem, majoring in Russian studies – the only American in the department.As I looked at a map of the area, the Soviet Union seemed only a hop and a skip away from Israel, so I booked passage through the official Soviet travel agency Intourist, took the Turkish Maritime Line ship from Haifa to Istanbul and just a few days later arrived by boat in Odessa.In those days the plight and fate of Soviet Jewry were barely on the radar screen – certainly not in Israel, which wished to keep relations with the Soviets as “correct” as possible, nor in America.I was really going as an ordinary tourist with no other agenda – or so I thought.On my first evening I took a walk to the most famous landmark of the city, the Potemkin Stairs. While finding my way in the evening darkness I came upon two students and I introduced myself: I was an American, and I was studying in… Jerusalem.“And you?” I asked of the young men.They laughed and said: “Mi – iz Tel Aviv! We come from Tel Aviv!” Now these fellows had never left Odessa, and they had certainly never been and would not in their wildest dreams be in Israel – but these proud Soviet Jews chose to introduce themselves with a touch of chutzpah and class, as proud Israelis; that is where they were really from! With that first contact still ringing in my ears, I proceeded to Leningrad, the former Imperial capital of the Russian Empire, and now the second largest city in the Soviet Union.I made my way to the only synagogue in town, on Lermontovski Prospect, passing through the large gates with the Hebrew verse: “For My House Shall Be Called a House of Prayer for All Peoples” and into the fairly dilapidated but very imposing Moorish structure.Inside, I noticed a crowd of locals going to and fro with large shopping bags, and spotted some workers in long white smocks and what seemed to be tall white bakers’ hats. Behind the bakers were large ovens and a conveyor belt carrying what looked like a strange, twisted cardboard substance.Suddenly it dawned on me that I was witnessing the baking of Soviet matza. Jews had come from all over the city and beyond to purchase matza for Passover. I was to learn that few of them had a Seder, knew about the four cups of wine, or had any access to a Haggada – except for those who still had books from before the Revolution. Moreover, as I was to realize on my future visits to Russia, even the story of the Exodus from Egypt was largely lost, certainly with its holiday and ritual accoutrements – yet the matza itself still held a deeply symbolic, if not necessarily religious, place in the lives and identity of Soviet Jews.Years later, during the early 1990s, when masses of Soviet Jews came to Israel, our Jerusalem Ramot neighborhood created an absorption committee to welcome the newly arrived immigrants.One of our projects was to set up the Russian Jews with local families for Seder night. The following day a professor from Moscow told me that not only was that the first Seder he had ever attended, but that until last evening he had never even heard the story that the Jews were slaves in Egypt! Back in 1965, as I departed the Leningrad synagogue that day, I noted local Jews who had wrapped their matzot in copies of the ruling Communist Party daily Pravda, which means “truth.” I pondered on the stark contrast between what the Soviets claimed to be “true” and what we knew to be true – symbolized by the matzot.As that trip continued and I met more and more Soviet Jews, I intuited that something about this experience that I barely understood had changed me. It set me on a path that would largely define the vector of the rest of my life.This was my first trip to the Jews of Russia; over the next half century I would return another 175 times. Following reading Elie Wiesel’s epic The Jews of Silence, I celebrated Simhat Torah in Moscow, then led Jewish youth groups to the Soviet Union, and, as a member of the senior staff of the Russian Department of the Joint Distribution Committee, commuted monthly from Jerusalem to Russia for 15 years.The hidden but often deeply felt pride of Soviet Jews, whether as teenagers in a park in Odessa or as adults hiding their matza in Leningrad, continued to attract, challenge and haunt me over the next 50 years of my life.The writer, a rabbi, made aliya 32 years ago and lives in Jerusalem. He is available for speaking in Israel and abroad and can be reached via his website at www.jonathanporath.com.