Seth Rogen is throwing James Franco a bar mitzva, and you can attend

Proceeds from the Los Angeles event will go towards Alzheimer's disease charity. 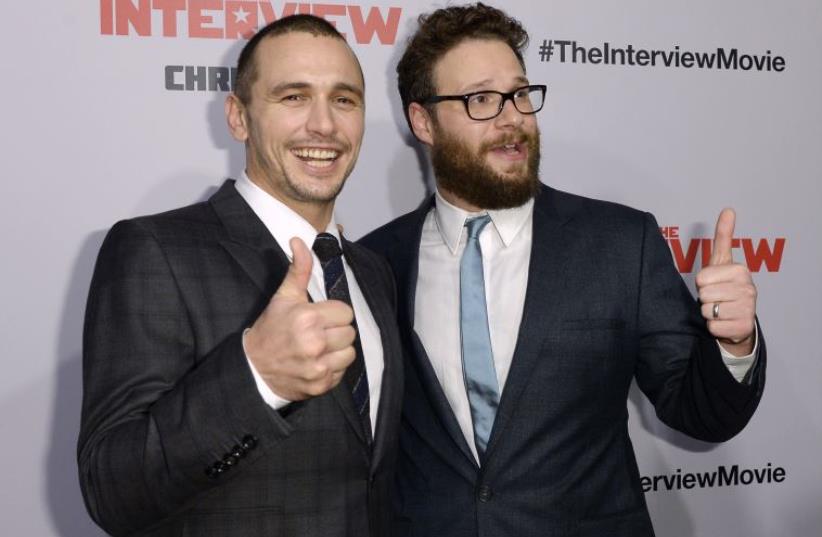 James Franco and Seth Rogen
(photo credit: REUTERS)
Advertisement
Will we soon see Hollywood actor chanting his Torah portion at his bar mitzva? We just may, because friend Seth Rogen and his wife, Lauren Miller Rogen are planning to throw him a bar mitzva bash this fall in Los Angeles, Variety reported on Tuesday.  Tickets will be sold to the bar mitzva where a lineup of comedians will perform and proceeds will go towards the charity that the couple created called Hilarity for Charity which promotes awareness of Alzheimer’s disease.Miller Rogen's mother was diagnosed with early onset Alzheimer’s at age 55, Variety reported. “Ever since I’ve known James, he’s been talking about wanting a bar mitzvah,”  the report quoted Rogen as saying. “We’re excited to see him finally become a man while also helping us raise awareness and funds for people living with Alzheimer’s and towards research that will lead to a cure. And in celebration we’ll also have a mohel and a live bris for James at the event,” Rogen joked.  Miller Rogen said that “Five million Americans are currently living with the disease and it is the sixth leading cause of death in the US, yet it is the least funded and the only one with no treatment whatsoever. I hope we’re able to capture the attention of more young people, and get the disease the type of funding it deserves.”