South Carolina killer: Jews wouldn't be a problem if we could destroy their identity

In a racist manifesto posted online before the shooting, Dylann Roof blames Jews for "agitation of the black race." 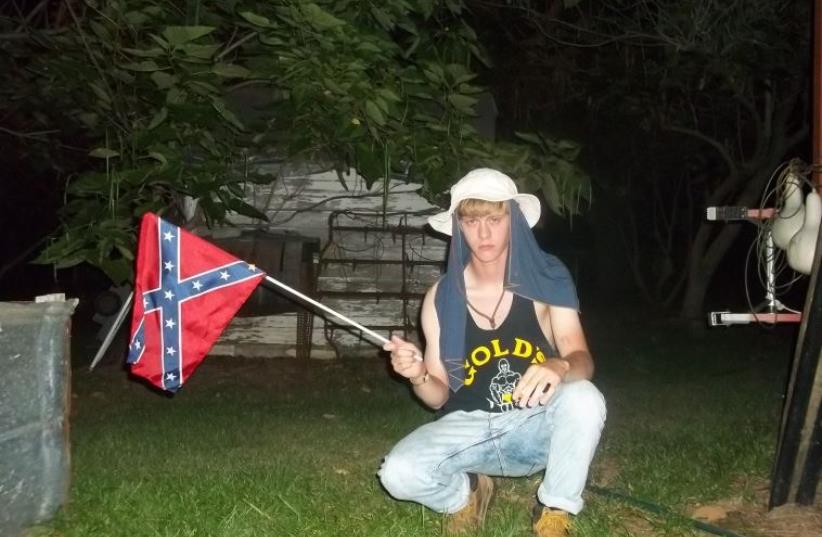 Dylann Roof‏
(photo credit: HANDOUT / LASTRHODESIAN.COM / AFP)
Advertisement
A manifesto allegedly linked to the killer of nine people at a historically-black church in South Carolina on Wednesday revealed a twisted outlook on different racial groups in the US and links to the American Jewry throughout.The racist essay focused on the black community, however it also has sections on several racial groups. Jews are mentioned throughout. In the section focusing on the Jewish community specifically, it was written that "the issues with Jews is not their blood, but their identity." "I think that if we could somehow destroy the Jewish identity, then they wouldn't cause much of a problem."  A point was made to differentiate himself from other white supremacists by considering American and European Jews "white."
"The problem is that Jews look White, and in many cases are White, yet they see themselves as minorities. Just like n****rs, most Jews are always thinking about the fact that they are Jewish."The document allegedly written by the 21-year-old killer, Dylan Roof, posted on his personal website lastrhodesian.com said that black Americans are "always thinking about the fact that they are black. This is part of the reason they get offended so easily ... The other reason is the Jewish agitation of the black race." He does not elaborate further.He states in the document that he began to "research" race after the Trayvon Martin case in Florida,  which lead him to learn of the "Jewish problem and other issues facing our race."He also took issue with how he said Jews "network," though again did not elaborate.On the subject of patriotism, he said it had become a joke in the US. "How about we protect the White race and stop fighting for the Jews," the document said. "I will say this though, I myself would have rather lived in 1940’s American [sic] than Nazi Germany." 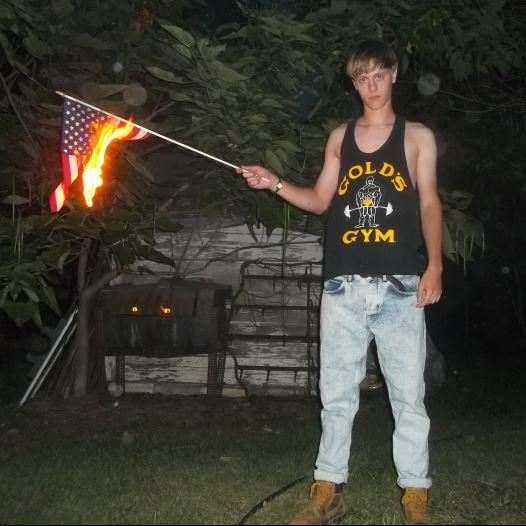 Dylann Roof‏ burning an American flag.
(photo credit: HANDOUT / LASTRHODESIAN.COM / AFP)In the racist rant, Roof justified racist violence by saying that "I have no choice. I am not in the position to, alone, go into the ghetto and fight."The document said that Charleston was chosen as the place for an attack because of its history of having a large black community and that it was the oldest black community in his state.A man who identified himself as Roof's uncle said he had recently been given a .45-caliber handgun as a birthday present by his father and that the 21-year-old had seemed adrift."We have no skinheads, no real KKK, no one doing anything but talking on the internet," the document stated. "Well someone has to have the bravery to take it to the real world, and I guess that has to be me." 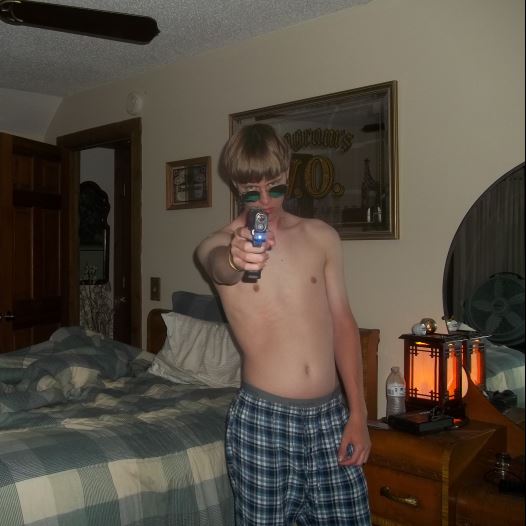 Dylann Roof pointing a gun.
(photo credit: HANDOUT / LASTRHODESIAN.COM / AFP)Roof was arrested on Thursday and charged with the murders of nine African-Americans at the Emanuel African Methodist Church in downtown Charleston. Authorities say he spent an hour in an evening Bible study group at the historically black church before opening fire on the parishioners.The victims, six females and three males, included Reverend Clementa Pinckney, who was the church's pastor and a Democratic member of the state Senate, according to colleagues.Reuters contributed to this report.