UK watchdog: Record number of antisemitic incidents in first half of year

The organization reported 767 antisemitic incidents nationwide from January through June 2017, a 30% increase from the 589 during the first six months of 2016. 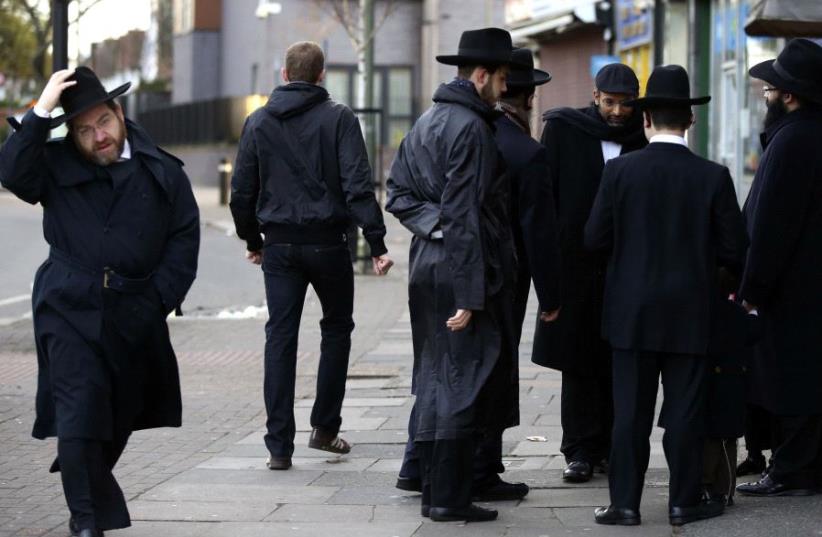 British Jews
(photo credit: PAUL HACKETT/REUTERS)
Advertisement
The first six months of 2017 saw a record number of antisemitic incidents in the United Kingdom, according to figures released Thursday by the Community Security Trust, a group that monitors antisemitism and provides security to British Jews and institutions.The organization reported 767 antisemitic incidents nationwide from January through June 2017, a 30% increase from the 589 during the first six months of 2016.This is the highest total the organization has ever recorded for the January to June period.A further 483 reports were received for the same period, but were not deemed to be antisemitic in nature and were not included in the total.The previous high was 629 incidents in the first half of 2009. Last year saw a total of 1,346.The most common type of incident involved verbal abuse randomly directed at visibly Jewish people in public.Among the types of incidents, 351 involved verbal abuse. Another 80 were violent assaults, a 78% increase from the same period in 2016 and the highest number the Community Security Trust has ever recorded for January to June.The British group, which has recorded antisemitic incidents since 1984, said 19% of the incidents involved social media and 7% comprised damage to and desecration of Jewish property.Almost three-quarters of the 767 antisemitic incidents were recorded in Greater London and Greater Manchester, home to the two largest Jewish communities in the UK.The group’s chief executive, David Delew, remarked at how CST “has again recorded an unprecedented number of antisemitic incidents, with figures now almost twice as bad as five years ago... It is sadly clear that the overall situation has deteriorated. Antisemitism is having an increasing impact on the lives of British Jews and the hatred and anger that lies behind it is spreading.”The group further said the rise in incidents may partly reflect the growth in Jewish communal concern about antisemitism, which may have resulted in better reporting of incidents from victims and witnesses, in conjunction with increased reporting from commercial security guards protecting Jewish communal locations. The group’s information-sharing agreements with police forces around the UK may also have contributed.But this alone “does not explain the scale and breadth of the increase,” it said. “Rather, it is likely that the incident totals recorded by CST reflect a general, sustained rise in the baseline number of antisemitic incidents in an average.”British Home Secretary Amber Rudd said an improvement in the response of law enforcement to such incidents according to the government’s Hate Crime Action Plan may partly explain the rise in number.She stressed, however, that “one such incident is one too many and we will continue to do everything we can to stamp out the hatred and division that blights our communities.”The government, Rudd said, has allocated £13.4 million to protect Jewish sites as well as 900,000 pounds for innovative schemes to tackle various types of hate crime.Last week, the British Campaign Against Antisemitism accused the police and the Crown Prosecution Service of failing to crack down on antisemitic crime, finding that the number of antisemitic crimes charged in 2016 decreased drastically