6 reasons to eat more oranges in the winter

The season for oranges is here, so don’t miss out on this tasty and healthy fruit. How does this signature Israeli fruit contribute to health? Here are all the health benefits:

For many people, oranges are fruit with a lot of juice, which squirts out as one starts to peel the fruit. The pleasant smell comes out as the peel comes off, and the juice flows from the orange and remains on the hands. Yet, we recommend that you eat the fruit and not just drink juice in order to naturally receive dietary fiber, minerals and vitamins.

Oranges are known for their vitamin C content. They also have significant amounts of potassium, choline, vitamin A, dietary fiber, folic acid, B vitamins and powerful antioxidants.

Here are all the reasons to add one orange a day to the menu:

Each orange has approximately 50 milligrams of vitamin C, yet there is still no clear proof that it helps prevent colds. What has been found is that vitamin C can shorten the duration of a cold by one day on average and it strengthens the immune system. So, it's already worth a try. In addition, vitamin C functions as a very important antioxidant, which encourages the production of white blood cells and has antiviral and antiseptic properties. 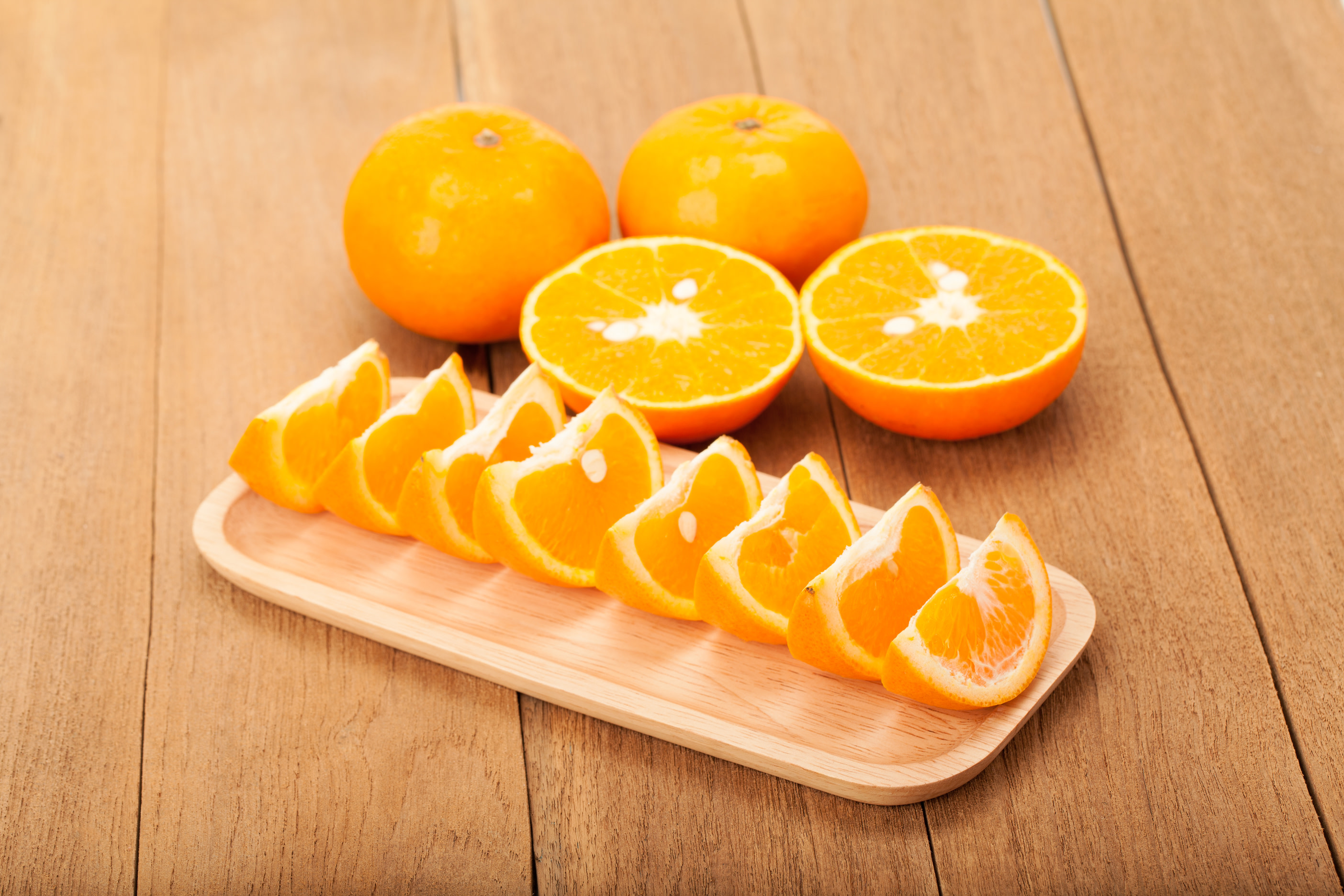 Vitamin C plays an important role in the production of collagen, which is needed to build connective tissue, heal wounds and maintain smooth and healthy skin. A study published in 2007 found that the skin of participants who ate foods rich in vitamin C tended to wrinkle less.

As we get older our vision starts to deteriorate and we accept this fact quite humbly, but it’s not always just an increase in our prescription number. Age also increases the chance of developing a very unsympathetic medical condition called macular degeneration, which can cause vision loss and even blindness.

A 15-year study published in 2018 found that regularly eating oranges can reduce the risk of macular degeneration by up to 60%. The results of the study suggest that the flavonoids found in oranges are responsible for this beneficial effect. Flavonoids are components found in fruits and vegetables and give them, among other things, their unique colors, and they’re also extremely powerful antioxidants. And the best part? Even one orange a week makes a difference.

Flavonoids, which the orange is rich in, may also help us protect the brain from cognitive decline that can lead to the development of diseases such as dementia and Alzheimer's.

A study published last August in the Journal of the American Academy of Neurology found that people who ate 600 milligrams of flavonoids daily had a 20% lower risk of suffering from cognitive decline, compared with people whose daily flavonoid intake was only 150 mg.

Like tomatoes, cucumbers or watermelons, oranges are composed of more than 80% liquid. In addition to the high amount of fluids, oranges are full of dietary fiber and this combination is great for your daily diet and the digestive system. In addition, oranges are low in calories and are fat free, which also helps with weight loss.

Fruit juices are notorious for their high sugar content, but orange juice may have a very, very important benefit.

Researchers from the Dutch National Institute of Public Health conducted a study that lasted 15 years and included 35,000 respondents, men and women, aged 20-70 who filled out nutrition questionnaires, and among other things reported drinking natural juices. The findings showed that those who drank between four and eight glasses of orange juice a week lowered their risk of stroke by 24%. Even drinking a glass of orange juice three times a week has proven to provide a 20% reduction in the risk of having a stroke.

To conclude, eating oranges has one more benefit. Researchers found that those who regularly drank natural orange juice reduced their risk of developing arterial disease by about 13%. Their findings were published in the journal BMJ Nutrition.