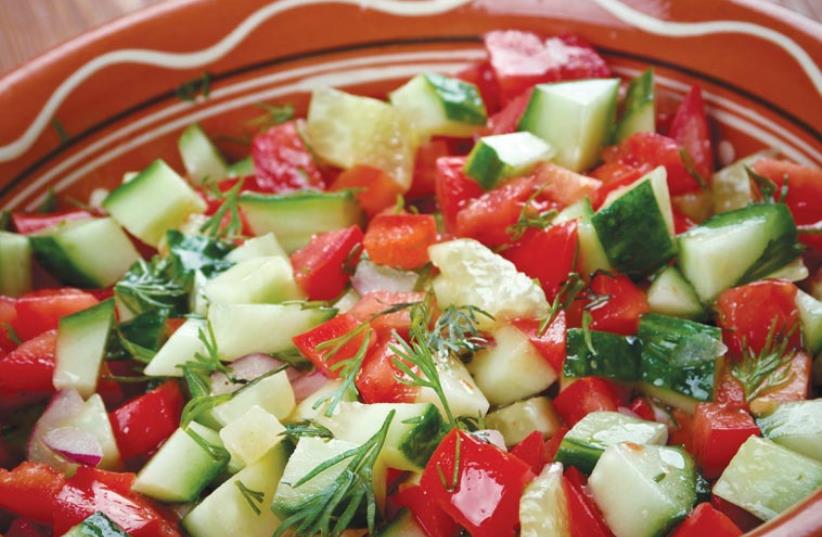 Israeli researchers have found that a green Mediterranean diet, consisting of foods rich in polyphenols and low in red and processed meat, slows down age-related brain atrophy.

The findings of the 18-month long randomized control trial, which was led by Ben-Gurion University of the Negev, were published on Tuesday in The American Journal of Clinical Nutrition.

The study represents one of the largest and longest brain MRI trials in the world. Overall, there were 284 participants (88% men) between the ages of 31 and 82 – all of whom are employees at the Dimona Nuclear Research Center.

They were randomly divided into three groups that each followed a specific set of dietary guidelines: a healthy diet, a Mediterranean diet and a green Mediterranean diet. All the participants were furthermore placed in physical activity programs and received free gym memberships.

Both Mediterranean diet groups consumed walnuts, while those in the green-Med group additionally drank three to four cups of green tea per day as well as a daily shake of Mankai duckweed, an aquatic plant, as a substitute for dinner. The green-Med group also consumed a minimal amount of red and processed meat.

Participants in the green-Med group, who consumed the highest level of polyphenols (naturally occurring compounds found in plants), were found to have a significant decrease in age-related brain atrophy.

All participants underwent MRI brain scans before and after the trial.

Specifically, researchers measured hippocampal-occupancy (HOC) and lateral-ventricle-volume (LVV) as indicators of brain atrophy and predictors of future dementia. The most dramatic improvements were seen in those over the age of 50.

“This is the longest and the largest MRI brain trial related to diet or anything,” Shai told The Media Line. “We were amazed to see such dramatic changes in 18 months in human beings that we could identify by anatomical structures in the brain. It was actually quite surprising.

“We could see that the Mediterranean diet and specifically the green-Mediterranean diet, which has much more polyphenols, could actually protect the brain and attenuate age-related brain atrophy,” she said.

Participants who followed both Mediterranean diets also displayed an improvement in insulin sensitivity, which is associated with attenuated brain atrophy.

Discovering a link between brain health and diet has long been difficult for scientists due to the need for large-scale, long-term trials. The Ben-Gurion University study was funded by grants from the German Research Foundation (DFG), Israel’s Health Ministry and Science and Technology Ministry, and the California Walnuts Commission.

According to Shai, none of the funding providers were involved in any stage of the design, conduct, or analysis of the study.

“Since brain atrophy is considered to be [unpreventable], our results might suggest a simple, safe, and promising avenue to slow age-related neurodegeneration by adhering to a green-Mediterranean diet,” Dr. Alon Kaplan, who conducted the trial, told The Media Line.

“Our findings suggest that it may halt brain aging, as well as other atrophy, as seen in dementia and specifically in Alzheimer’s disease,” he said. “Furthermore, improved insulin sensitivity was the strongest metabolic factor for brain atrophy attenuation.”