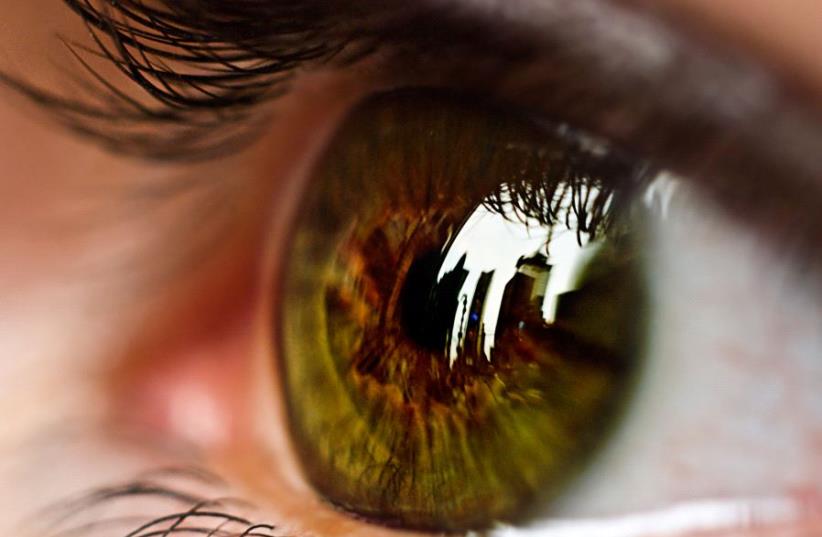 Eyesight (illustrative)
(photo credit: REUTERS)
Advertisement
A new discovery from the University of Virginia (UVA) has found that a group of drugs commonly used to treat HIV may help prevent a leading cause of vision loss, with the findings upending fundamental understandings about DNA.Despite being primarily used to treat HIV, which is a virus, the drugs, which are known as Nucleoside Reverse Transcriptase Inhibitors (NRTIs) can be used against dry macular degeneration, a condition affecting millions worldwide and which was determined in 2013 to be the fourth leading cause of blindness, and the leading cause of vision loss in Americans age 50 and up.This is because of new discoveries in the field, which found that DNA can essentially be manufactured in the cells' cytoplasm, which is outside the cell nucleus.A certain type of DNA that can build up in the cytoplasm, known as Alu, was found to contribute to macular degeneration, as it kills off cells that nourish the retina.This is in addition to the several possible causes of macular degeneration, which include age, smoking, obesity, pre-existing cardiovascular conditions and genetics, with the condition being more common among Caucasians, according to the Mayo Clinic.When examining US health insurance databases to find drugs that block Alu production, researchers discovered that statistically, people taking NRTIs were around 40% less likely to suffer from dry macular degeneration.The findings of this research were published in the academic journal PNAS.Researchers are now looking to see if these drugs, or derivatives called Kamuvudines, can prevent vision loss.“We are extremely excited that the reduced risk was reproduced in all the databases, each with millions of patients,” Jayakrishna Ambati, MD, a top macular degeneration researcher at the University of Virginia School of Medicine, said in a statement. “This finding provides real hope in developing the first treatment for this blinding disease.”This isn't the first time NRTI drugs were found to have applications outside their intended purpose. In September 2020, Ambati had determined that they could be used to prevent Type 2 diabetes.
Sign up for the Health & Wellness newsletter >>