#49 Micah Goodman - A philosopher for all

Micah Goodman says he “does not want to be a provocateur” but rather wants to phrase the ideas of what he sees as mainstream Israelis. 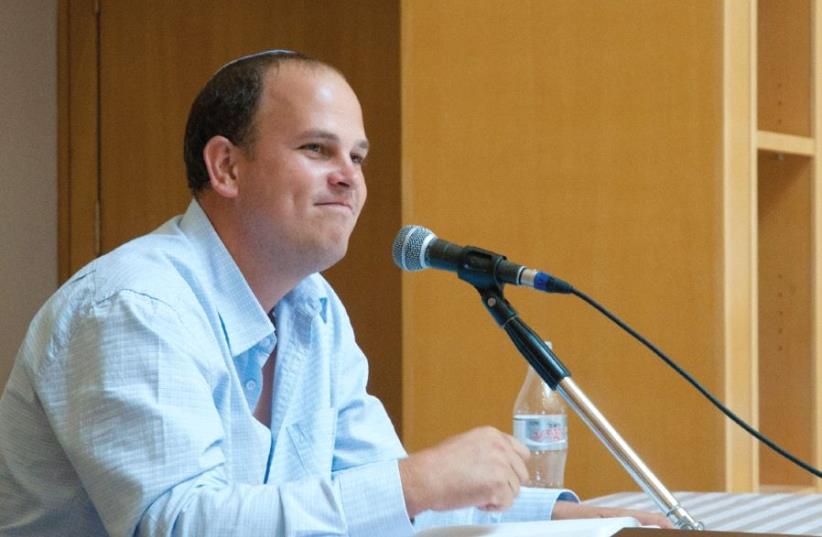 Micah Goodman
(photo credit: SHALOM HARTMAN INSTITUTE)
Advertisement
Dr. Micah Goodman, a well-known researcher of Jewish philosophy and popular lecturer with a reputation as a charismatic thinker, makes this list because his resourceful nature as a lecturer and author enables him to impact a wide spectrum of Israelis – Right and Left, religious and secular.The 50th anniversary of the Six Day War this year presented Goodman with a particularly good opportunity to do what he likes best – to stimulate a conversation, this time about the meaning of the historic landmark. His tool is, appropriately, a book. Goodman’s Catch 67, published in Hebrew by Zmora Bitan, discusses issues relating to the anniversary’s many repercussions on Israeli society. It appeared on the shelves at the right time, prompting discussion in the media and elsewhere, even leading to the first-ever book review written by former prime minister Ehud Barak, which was published in Haaretz and drew a wide-range of reactions.In one of his interviews on the book, Goodman says he “does not want to be a provocateur” but rather wants to phrase the ideas of what he sees as mainstream Israelis, those that identify with ideas from both the political Left and the political Right. Whether or not that is in fact the case with Goodman, what is certain is his eagerness and willingness to open up the conversation and spark a discussion about some of the most fundamental issues Israeli society faces today.Catch 67 is Goodman’s fourth book, following The Secrets of the The Guide for the Perplexed, The Dream of the Kuzari, and Moshe’s Last Speech, all of which are written in Hebrew and touch on core subjects of Jewish national and philosophical ideas. Goodman, 43, lives with his family in Kfar Adumim and heads the successful Ein Prat Midrasha. In interviews he stresses that the basic departure point for the book is the internal Jewish conversation about the ongoing rule of Israel over the territories.As he stated in the past, he believes that in order for us to solve the deep entanglement Israel has found itself in, we have to engage in dialogue between all sections of society. It seems that he is doing his best to make this dialogue accessible to everyone, dragging it away from closed academic and political discussions and into the general conversations people have on Friday afternoons.