A true tale of slavery, drugs, and chaos in the Middle East - book review

Proof of Life is not an ordinary sort of thriller. It is a true story, based on the experiences of Daniel Levin, a board member of the Liechtenstein Foundation, the role of which is to transfer knowledge of state governance to others in unstable parts of the world.

Levin has in the past worked with select individuals in a project code-named “Bistar,” aimed at identifying and preparing young, promising individuals for future leadership roles in post-war Syria; he has also been approached several times for help in locating hostages in that country.

In view of his wide experience Levin, is called on to search for Paul Blocher (a pseudonym). Paul traveled to Syria, but quickly disappeared. It is hoped that Levin will be able to provide proof of Paul’s life.

In essence the book is a detective story, but in reality it is a non-fictional account, a carefully documented memoir, of Levin’s experiences as he moves from person to person and from country to country in the Middle East. In order to protect confidentiality, some of the people in the book have been given fictitious names, while others are real.

Starting off in Paris, one, Huby Mazerius, sets the scene for the search. 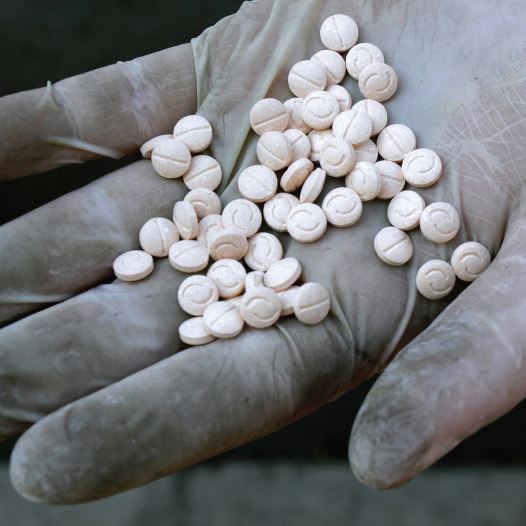 It appears that Paul entered Syria from Turkey, in the company of a Kurdish acquaintance. A couple of days later he phoned his father to say that he planned to go to Aleppo, but after that nothing was heard from him.

Levin is well aware of numbers of missing people in Syria, as well as in Iraq, Yemen and Afghanistan. He is also well aware of the terrible circumstances prevalent in the Adra prison, situated to the north east of Damascus.

It seems possible that Paul intended joining Doctors without Borders. In fact he was neither a doctor nor a journalist, both of which things are poorly esteemed in Syria, and Levin is explicitly instructed not to offer payment of ransom money for Paul’s return.

IN HIS search for Paul, Levin makes contact with Khalid-al-Marri, born of a Saudi father and a Syrian mother. Khalid is a highly educated man, who has lived in Saudi Arabia, but who moved to Qatar, where he becomes an influential adviser to the emir, Sheikh Hamad bin Khalifa. He acts as a gray eminence to rulers in the Gulf and beyond. He shuttles regularly to Arab capitals and has direct access to the top levels of all groups in Syria.

Khalid agrees to help Levin find information about Paul, and refers him to the sheikh. The meeting takes place in Beirut. This is one of the most interesting parts of the book. Prior to the meeting, Levin is obliged to meet with Jamal, one of the sheikh’s “guys,” who prepares him for the meeting. Jamal explains that had Khalid not spoken so highly of Levin, such a meeting would not have taken place.

Levin and Jamal travel together on a plane from Istanbul. When they land in Beirut airport, the bright floodlights on the runway give the impression that this is an air force base, preparing for the stealth landing of fighter jets returning from clandestine missions. It is clear that Beirut smacks of conspiracies and hidden dangers.

The meeting is set in a damp and musty room in an old building. After a 30 minute wait, the sheikh appears, surrounded by security guards, and conversation starts in Arabic. Levin is unable to record it on his phone, which he has had to relinquish, and he must rely on his memory.

The sheikh comments on Levin’s name, which clearly indicates his Jewishness, but he is not overtly antisemitic. He discusses the element of tribalism in Jewish and Muslim cultures, and how meaningful this is in the Middle East.

He comments on the significance of the eagle – an icon prevalent in Roman and Nazi times – and warns Levin to take notice of the eagle in American culture, suggesting that the US, which is a melting pot and lacks the spirituality of the Middle East, is the biggest threat of all to the Abrahamic religions.

Levin learns that Captagon, a highly addictive drug, prevalent during the Syrian war, is a crucial element in the case. Finally the sheikh points Levin in the direction of the one person who could disclose the fate of Paul – a Syrian called Anas – who is known as “not being a good person.”

Captagon becomes a central issue in the search. It is a pernicious drug, and forms a big part in the Syrian war economy. There are many ways to make money from it – manufacturing, trading, taxing. It has the same value chain as a mafia operation, and is the most effective way of fighting unemployment in Syria. It is not clear that Paul had any active involvement in Captagon, but there are certainly links with it. Drugs, guns, slave trade, prostitution, corruption – all are part of the same picture.

LEVIN TRAVELS again – this time to Dubai, where he meets Doubna, the divorced wife of Anas. She hates her husband, and will do anything to get away from him. Levin agrees that, if she tells him where to find Anas, he will assist her in getting out of the country.

At last he meets Anas, a strong, violent fellow, dressed in a black diamond encrusted shirt that smells of sweat. He is regarded as a shaytan – a devil. All he is interested in is money and power, and possesses many young female sex slaves, who suffer in an intolerable fashion.

He reveals that Paul was taken prisoner in Syria, and is dead.

Is there any point then in Levin’s providing Proof of Life? The answer is yes, and this emerges from a statement made by Reem, one of Anas’s young sex slaves.

In the final analysis, that is what this book is all about. In his search for Paul, Levin enters a Middle Eastern hell, but his endeavors are not without value. Although he does not find Paul, at the end the story he provides proof of life for Reem, and others like her. 