When examining the track record of the new commander, nicknamed “The Butcher of Syria” for his part in Russian operations in Syria, the missile onslaught on Ukraine may not come as a surprise.

Only two days after the appointment of a new commander of the Joint Group of Forces in Russia's invasion of Ukraine, General Sergei Surovikin, a wave of missile strikes swept across Ukraine, hitting countless civilian targets.

“I am not surprised to see what happened this morning in Kyiv. Surovikin is absolutely ruthless, with little regard for human life,” a former defense ministry official, who has worked with Surovikin, told the Guardian. “I am afraid his hands will be completely covered in Ukrainian blood.”

“This is his style, the style of the new butcher of the Russian army in Ukraine – to launch rockets at infrastructure, in particular civilian infrastructure facilities, he is trying to show that Putin's new personnel appointments in Russia have some meaning, to show some quick results," Ukrainian intelligence said.

When examining the track record of the new commander, who earned the nickname “General Armageddon” in Syria for his tough and uncompromising approach, this missile onslaught may not come as such a surprise.

"The butcher of Syria"

Surovikin led Russia's military campaign in Syria in March of 2017, initially, he was supposed to serve a mere three months in the region to gain some firsthand combat experience, but ended up commanding Russian forces in Syria until the end of the year.

Surovikin’s “defending” of Moscow’s interests in Syria involved dozens of air and ground attacks on civilian objects and infrastructure, particularly in Aleppo, where the city was practically leveled.

Russian forces under his command struck Syrian “homes, schools, healthcare facilities, and markets – the places where people live, work, and study,”  according to a 2020 Human Rights Watch report.

The report further stated that air and ground attacks on civilian sites, including homes, schools and hospitals, were a hallmark of Russia’s campaign in Idlib, which Surovikin participated in during his second tour in 2019.

“He is being called the ‘Butcher of Syria,’ but every general that took that post was a butcher of Syria,” Kirill Mikhailov, a researcher with the Conflict Intelligence Team (CIT), which has been monitoring Russian military activities since 2014 told the Washington Post. “It’s a job you take because killing people and making their life miserable is what the Russian air force can do best.”

The Russian Defense Ministry repeatedly credited Surovikin with achieving critical gains in Syria, saying that Russian and pro-Assad Syrian forces “liberated over 98 percent” of the country under him.

From his time in Syria, Surovikin had developed a good working relationship with the Wagner private military company, Gleb Irisov, a former air force lieutenant who worked with Surovikin up to 2020 told the Guardian. 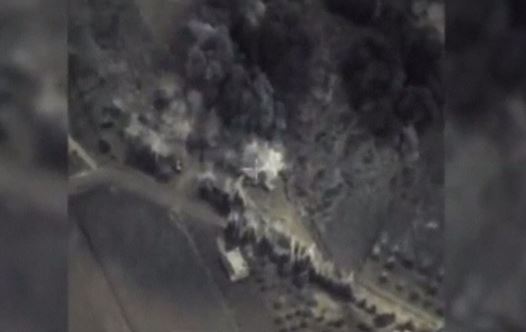 The early beginnings of "General Armaggedon"

The career of 55-year-old Surovikin developed rapidly and was filled with scandals at almost every stage.

Surovikin first gained notoriety during the failed 1991 coup d’état attempt against Soviet President Mikhail Gorbachev, when he led a motorized rifle division through barricades erected by pro-democracy protesters. Three men were killed in the clash, including one who was crushed.

“It is very symbolic that Sergei Surovikin, the only officer who ordered the shooting of protesters in August 1991 and killed three people, is now leading a desperate effort to restore the USSR ,” wrote Grigory Yudin, a Russian political scientist and sociologist. “These people knew what they were doing, and now they know too.”

After the failed coup, Surovikin was jailed for several months but then was freed and never convicted of any crime as prosecutors in Moscow ruled that he was simply obeying an order, the Russian state newspaper Rossiyskaya Gazeta reported in 2011.

In 1995, as a student of the Frunze Military Academy, the military court of the Moscow garrison found Surovikin guilty under three articles of the Criminal Code of the RSFSR then in force, accusing him of stealing, illegally holding and attempting to sell firearms. But the sentence turned out to be soft and completely humane: one year of imprisonment on probation.

His ruthless reputation grew in 2004 when a report in the business daily Kommersant reported that a colonel serving under him had killed himself after he received a heated dressing-down from Surovikin. The report further stated that a lieutenant colonel from Surovikin’s division filed a complaint against Surovkin and other officers for beating him because of political differences.

By appointing Surovikin, the Kremlin may be trying to satisfy its nationalists and top critics, who blame the Russian army leadership for the repeated failures in Ukraine and for not using tough enough measures to force Kyiv into submission.

His appointment has indeed softened some of the public outrage among Russian hardline nationalists, who were growing increasingly impatient with the country’s military failures.

Ramzan Kadyrov, the notorious head of the Chechen republic, and the Wagner head, Yevgeny Prigozhin welcomed Surovikin's new appointment as they both pushed for a much tougher stance on Ukraine.

In the past month and a half, both the head of Chechnya and the creator of the Wagner PMC, against the background of heavy defeats of Russian troops at the front, openly, although without naming the names of Sergei Shoigu and Valery Gerasimov, criticize the leadership of the Russian Defense Ministry for insufficiently decisive actions and retreats.

Kadyrov even went as far as to criticize Moscow for not using enough force in Ukraine, suggesting the use of low-yield nuclear weapons.

“Now, I am 100% satisfied with the operation,” Kadyrov wrote on his Telegram channel on Monday morning, referring to the shelling of Kyiv, where at least 11 civilians were killed.