'Israel has every right to refuse a 1967 withdrawal'

Former FM director-general: Since 1973 the US has assured Israel it won’t back changes to UNSC 242. 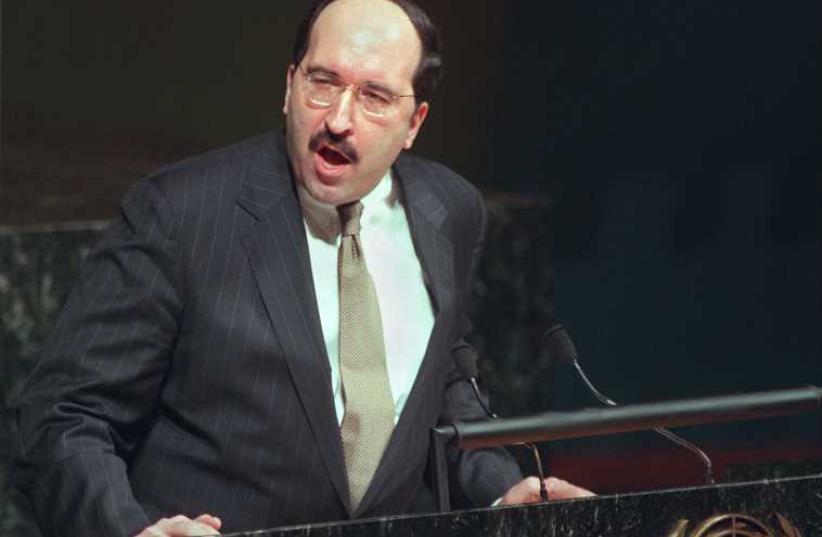 Dore Gold
(photo credit: HENNY RAY ABRAMS / AFP)
Advertisement
US support for a resolution to replace UN Security Council Resolution 242 would conflict with commitments given to Israel by Washington going back to 1973, former Foreign Ministry director-general Dore Gold told The Jerusalem Post on Thursday.“I remember that after the ’73 war the United States gave Israel commitments that it would not allow for a change in United Nations Security Council Resolution 242,” Gold said.“The United States is Israel’s major ally, that has not changed,” Gold told the Post on the sidelines of a speech he delivered to the Israel Allies Caucus conference in Jerusalem.“While we have tactical disagreements from time to time, I believe that America will stick by its commitments to Israel.”Resolution 242 was approved in November 1967, some five months after the Six Day War. It is the basis on which the entire Israeli-Arab peace process is structured.Most significantly, its text specified an Israeli withdrawal from “territories” – not “the territories” – captured during the war.“All the peace agreements [and initiatives] were based on this resolution,” Gold said.The Palestinians have long pushed for a revision of Resolution 242, to explicitly state that Israel must return to the 1949 armistice lines.In the past, the US has opposed such resolutions. As one of five UN Security Council members with veto power, it has been able to thwart past efforts to replace 242.Israel has been fearful that US President Barack Obama, however, might back and even initiate his own revision to Resolution 242 in the two months he has between the November 8 US presidential election and when he leaves office in January. The US has hinted that Israel does not have its automatic support at the UN Security Council.The concern is that Obama might want to place his stamp on the peace process by pushing for a resolution that sets new parameters for the peace process, including specifying the territory from which Israel must withdraw.On Wednesday night, in response to a Channel 2 story about possible moves by Obama during his last two months in office, Netanyahu said he expects the US position to remain the same.But he added that he hopes Obama would not follow in the path of past presidents who used that time to set forward new initiatives.Israel has maintained that a UN Security Council resolution that imposes the terms of a peace deal discourages the Palestinians from negotiating such an agreement.Gold told the conference that those in the international community who support the idea of replacing 242 have to decide whether they want to encourage or discourage a negotiated peace deal.Resolution 242 “did not envision a full Israel withdrawal from the territories that were captured in 1967 for a very simple reason. It was a war of self-defense, and Israel had claims to secure and recognized boundaries,” Gold said.“Jerusalem was not even mentioned in 242. What is clear, given the chaos in the region that exists today, is that Israel has every right to resist calls to withdraw to the 1967 lines.”Gold also spoke about another option that Israel fears, a Security Council resolution against West Bank settlement activity.“A settlements resolution would be a blunt instrument. It would not distinguish between an unauthorized outpost and neighborhoods in the heart of Jerusalem,” Gold said. “It would violate a core commitment in the Oslo agreements that all permanent-status issues must be negotiated.”Gold said that under the 1993 Oslo Accords there were six such issues, and that it was not possible to just deal with one of them.Gold clarified that, under Oslo, Israel is not prohibited from engaging in settlement activity, because it is presumed that such activity would be addressed in a final-status agreement.“The adoption of a UN Security Council resolution just on that question breaks down the peace process and makes resuming serious peace negotiations in the future much more difficult,” Gold concluded.